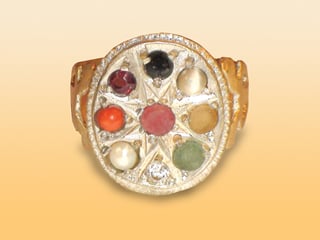 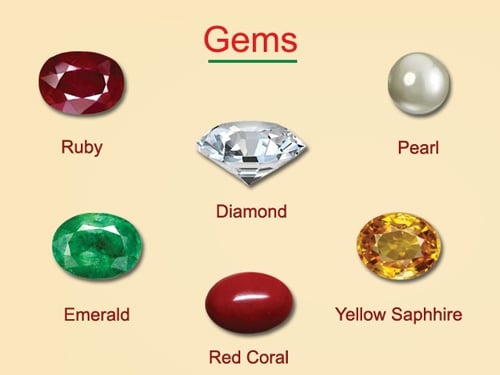 Ornaments are an invaluable inheritance of the Hindu culture. They have been preserved with pride for generations. They are not merely objects for display or deriving pleasure. Wearing ornaments allows us to receive Shakti (Divine Energy) and Chaitanya (Divine consciousness), reduces the black (negative) energy in the body, protects from negative energy attacks, and the parts of the body where ornaments are worn are subjected to spiritual healing similar to acupressure. Let us understand significance of the metal and gem stones used in making the ornaments and their spiritual benefit.

It is assumed from the ancient times, that the main benefit of using metals for making ornaments is to get protection from ghosts, and to be graced by Deities. It is because of this fact that the tradition of wearing copper ornaments existed in the ancient times. Even today, copper anklets are worn by young children.

A. Spiritual significance of gold

B. Subtle knowledge regarding gold ornaments

4. Comparison of ornaments made from gold, silver, copper, aluminum and other metals

5. Waves attracted to ornaments made from gold, pearl and diamonds

Note 2 – Through the medium of Ms. Madhura Bhosale.

Note 3 – Diamond has greater ability of attracting and concentrating Tej-tattva at the level of Shakti, than emitting it; but when compared with all other metals, gold has the maximum ability to imbibe and emit Tej-tattva.

6. Gems embedded in ornaments have a favourable effect on the physical body

Various gems such as diamond, ruby, sapphire, coral and emerald are embedded in gold and silver ornaments. The body acquires radiance due to these gems. The rays coming from the Sun, Moon and other planets are reflected from these gems with a favourable effect on the physical body. Currently, since these gems are artificially made, their true effect is not seen.

Effect on the physical body, of different gems embedded in ornaments

A. Ruby : It is an energy donor and therefore capable of providing protection to the gross body.

B. Diamond : Since the Tej emitted from a diamond has the ability to keep consistency in mobility of the flow, it can purify the physical as well as the mental body in a shorter time.

C. Coral : Since Coral kindles the chetana in the form of prana-shakti (Vital energy) Principle in the body on a large scale, it is used as a symbol of the ‘ability to act’. Its touch increases the enthusiasm in an act.

D. Pearl : It is a symbol of tarak (Saviour) character that is in coolness form, and Apa-tattva oriented. Hence, the individual is blessed with alertness and joyousness in the form of continuously active chetana.

E. Emerald : It is a symbol of the tarak character, meaning, concentration of tarak character in Shakti form. Hence, it is used for keeping a consistency in the unmanifest Shakti Principle.

7. Association between metals or gems used in ornaments and bhav

Metals or gems used in ornaments attract divinity representing waves with the aid of the five Cosmic Elements, proportionate to the shape formed as per the science of ornaments and transmit them as per the need of the wearer.