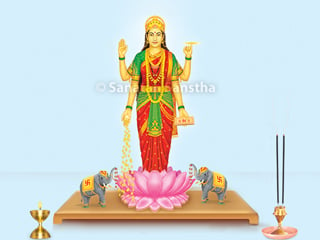 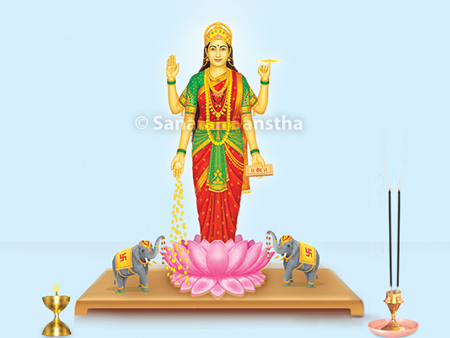 2. Difference in the worship of Shiva and Shakti

The manifest Shakti in Devis is more than that in Devatas and hence, we can experience more Shakti by chanting the Name of Devis. Of course, only those who have done spiritual practice, are above the spiritual level of 35% and can understand a bit of the subtle-dimension can perceive the difference.

Few comparative points are given in the following table :

Meaning : The one who has intense faith, promptness and full control over the sense and motor organs can acquire this knowledge.

Note 2 – There is no custom of offering animal sacrifice to the combined form of Shiva and Shakti.

3. Types of worshippers of Shakti

This is a sattvik mode of spiritual practice. It involves use of fewer substances. It is performed purely to appease the Devi. It is recommended that sattvik spiritual practice should be nishkaam (Devoid of any expectation). However, even if some desire does exist, it does not matter, because even in sakaam (With expectation) spiritual practice, the veneration and grace of the Devi is expected in the beginning.

Without external spiritual practice, antaryag is difficult to accomplish.

Among various spiritual paths, the easy path to bring about faster spiritual progress is ‘Naamsankirtanyoga’ (Chanting God’s Name). If one chants the Name given by the Guru (also known as the Gurumantra) with faith, one attains Moksha (Final Liberation); but if one does not get a proper Guru, how it is beneficial to chant the Name of the female or male family Deity.

Origin and meaning of the word ‘Kuladevata’

4. Devi worshipped as per the objective

4A. Deities who stimulate desires

Food offered unto Deities such as Lalita, Tripurasundari, Tripurabhairavi, Bhuvaneshwari, Kamakshi, Shakambhari, etc. is usually ‘puran’ (A sweet made from boiled gram lentil and jaggery). Offerings made unto these Deities generally stimulate sexual desire.

4B. Deities who bestow progeny

4C. Deities who destroy the enemy

5. Correct methods of performing some general rituals associated with the worship of the Devi

Every Deity has a specific scientific method of worship. It means that there is a definite science underlying every act performed during the ritualistic worship of a Deity. The table ahead gives information on the common rituals performed, that are associated with worship of Adishakti Shri Durgadevi and all Her forms.