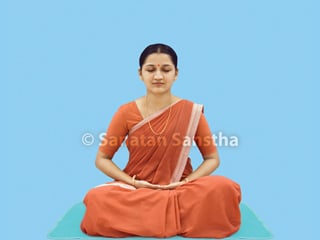 1. Battles between deities and demons

‘Vedic sages have explained the spiritual meaning of battles between deities and demons as the fight of deities against the evil attitudes within themselves and the triumph over them. Later in the vast literature from the Brahman holy texts to the Purans they were described as true incidents and live battles enacted between the two classes of deities and demons. Several instances are quoted in the Purans in which demons acquire from Lord Shiva or God a boon of invincibility or victory over all the three regions (triloks), as a result of intense austerities and then along with it conquer heaven. Often deities have been terrorised by demons. One can learn from the Purans how Indra and other deities sought refuge in Lord Vishnu and fought the demons after Lord Vishnu granted them protection. The fact that Indra was the ruler of heaven piqued the demons. That is why when they acquired power, after undertaking austerities they first attacked heaven and then conquered the earth and hell (patal). In mythological texts such as the Ramayan, Mahabharat and Bhagvat, Devibhagvat, Vaman Puran and others one comes across several such rival couples of deities and demons. Some of them are Vrutra, Andhak, etc. versus Indra; Mahish, Shumbh-Nishumbh, Chand-Mund, etc. versus the female deity (devi); Virochan versus Varun; Maya versus Agni; Jambh versus Kuber; Sauchchar versus Vayu; Tripur versus Rudra; Tarak versus Skanda; Sindhur, Vighna versus Ganapati; Madhu, Kaitabh versus Vishnu; Ravan versus Rama; Narak, Dhenuk, Agha, etc. versus Krushna.’(1)

2. Assistant deities (ganadevata) and their number

Attendants of the marut class (Marudgan) : ‘Maruts always live as attendants. They are either a hundred and eighty or twenty-one in number. That is why they are always referred to in the plural. They all look alike. Their chests are adorned with medals and necks with glittering necklaces. Their feet too are embellished with ornaments. Their weapons are also similar. They all wield an axe and a bow in the hand and spears on the shoulder. Golden crowns decorate their heads. Their chariots are of four kinds. Some of them are drawn by horses or deer. Some however travel with great velocity even without horses while others fly through space.

Maruts are the soldiers of deities and annihilate enemies of deities completely. They are knowledgeable, farsighted and poetic.

Rudra is their father and Prushni, their mother. Rodasi is their consort. One important mission of the maruts is to provide rainfall. They ascend from the ocean and cause rainfall. They are closely associated with clouds, lightning and raging winds.

During the post-Vedic period the maruts came to be considered as the sons of Diti and Kashyap. Their strength is forty-nine.’ (2)

A messenger of a deity is a link between God and man. A mention of messengers of deities is made in all religions. The Purans describe messengers of the deities Shiva, Vishnu and Yama. These transport the subtle bodies of dead people to various regions depending on their sins and merits. The amount of Shiva principle in messengers of Shiva is 10% and that of Vishnu in His messengers is also the same. From the point of view of the average man even these messengers are like deities as the quantity of The Supreme God principle in him is only 0.0001%.

In the temple of the female deity, Kamakshi there are idols of yoginis. ‘Their total number is sixty-four. Sixty-three of them lie within the subtle body. The name of the sixty-fourth yogini is Saudamini. She is the supernatural power of the absolute form of Rama and Krushna. Nine out of the sixty-three yoginis are within the control of Lord Indra (king of the deities) and fifty-four are under the control of Lord Shiva.’ – H.H. Anna Karandikar, Dahanu

5.1 Chanting The Lord’s Name and being blessed with His vision

‘When a devotee who loves to worship some deity / incarnation chants the Name of any other deity and follows the respective norms of the Path of Devotion, he is able to get a vision only of that deity towards whom he fosters devotion in his mind (antahkaran). Even if one undertakes thirteen crores of chanting of Rama one gets a vision of Datta, Krushna or any other deity unto whom one is devoted.’(3)

5.2 Love or hatred shown towards God is reflected tenfold

Refer to point H – ‘The one who loves His devotees’.

5.3 Missions of some deities

5.4 Organs and mantras of deities

Every bodily action requires energy. Every energy has a specific name, for instance the energy which induces sneezing is called deity Chakpadi. To understand the association between organs and deities first chant the word ‘arka’ for one minute and note in which sense organs namely, the ears, skin, eyes, tongue and nose some sensation is felt. Only then read the following paragraph.

Thirty-one seekers attended a workshop on Spirituality. None of them knew the meaning of the word arka. After chanting the word ‘arka’ they experienced sensations in various sense organs as follows : 19 seekers – in the eyes, 4 – in the ears, 4 – in the tongue, 3 – in the nose and 1 – on the skin. From this, one can deduce that there exists some relationship between the word ‘arka’ and the eyes. Arka is one of the Names of the Sun deity (Surya). The Sun deity and the eyes both being associated with the absolute fire (tej) element, after chanting arka, a majority of seekers felt the sensation in the eyes.

The following table illustrates the relationship of various organs with deities and also how the Name of a particular deity should be chanted to improve the function of a particular organ. The point to be noted here is that specific chanting will be beneficial only if the function of an organ is impaired due to a spiritual factor, that is a reduction of vital energy (pranshakti) and not if the cause is physical or psychological.

5.5 Names of Vishnu and parts of the body associated with them

These are referred to as presiding deities (adhidaivat) in the Vedas. They are : Indra of the hands, Vishnu of the feet, Surya (Sun deity) of the eyes, etc. Functions of the respective organs occur due to these deities.

5.7 Organs and the five cosmic elements

First chant vayu, the name of one of the cosmic elements, for one minute and note which sense organ is affected. Then read the following discussion.

The following table gives the element from the five cosmic elements, its characteristic and relationship with organs.

5.8 The three humours in the body (tridosh) and deities

Wind (vata), bile (pitta) and phlegm (kapha) are the three humours in the body.

Hanuman is the deity of wind and phlegm and Shiva and Ganapati are the deities of bile.

They are termed as deities instead of distressing energies because illness supervenes when merits in one’s destiny decrease. Thus there is no question of deities causing the distress.

5.10 Deities and destiny of man

A. Deities of organs itself mean fate or destiny. If the deities are pleased with physical, verbal and psychological actions then destiny is favourable but if actions are unrighteous it is unfavourable. Pleasing deities with spiritual practice itself means nullifying destiny.

B. The universe is under the control of deities. When deities are appeased they endow happiness to man and if displeased they give sorrow.

In the Devanagari script alphabets have been divided into eight categories, that is a (अ) – k (क) – ch (च) – t (ट) – t (त) – p (प) – y (य) – sh (श). Every category has a specific deity. If any poetic composition is begun with an alphabet from a particular category of alphabets then benefits are derived as given in the table below.

Meaning: If deities do not perceive the character of women and the destiny of man then how will man perceive it ?

This is because deities can only see man’s actions but God knows even his thoughts.