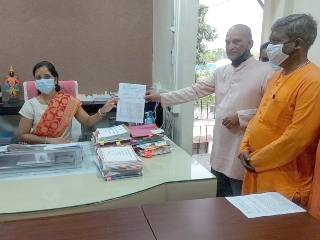 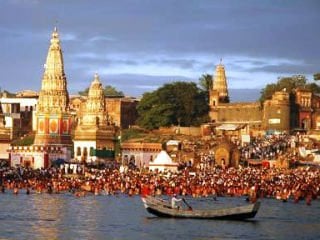 Priests performing daily rituals and ‘sevekari’ of Shri Vitthal-Rukmini Mandir have been assigned ‘Dhoti-uparane’ as dress-code. The Mandir –committee will give 2 pairs of ‘Dhoti- uparane’ to them for free. This rule will be implemented with effect from ‘Gudhi-Padva’ in the month of ‘Chaitra’. Read more » 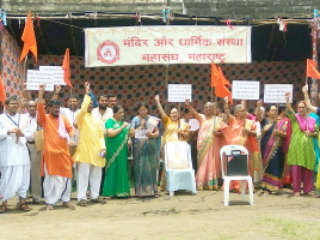 To oppose the take-over of temples by the Government, Temple Trusts, devotees, priests and Hindu organisations across Maharashtra will be united ! Read more »

Food and Drugs Department recently checked all hotels and shops in Pandharpur in the background of ‘Ashadhi’ pilgrimage. It was observed during this check that there was lack of cleanliness in the ‘prasad-bhandar’ Read more » 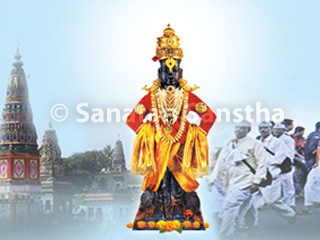 Ill effects of ‘governmentalization’ of temples ! Why doesn’t the Government take action on its own against the mismanagement ? Temples should therefore, be under control of devotees to prevent such mismanagement ! Read more » 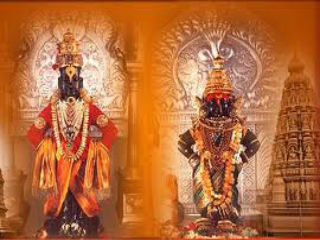 The Government is positive towards the issue of banning sale of liquor and meat at all pilgrimage places. A decision in this regard will be taken after talking to the State Chief Minister (CM). Read more » 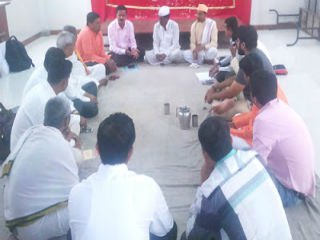 Action committee becomes aggressive on 5 issues including protection of sanctity of the Devasthan, following religious traditions and prevention of corrupt practices ! Read more » 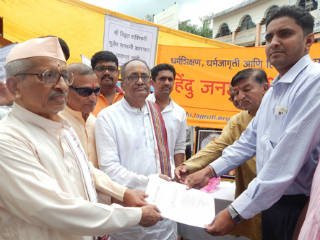 Demand of Vitthal-devotees and devout Hindus at Pandharpur, through staging demonstrations Read more »

‘Mahapuja’ of Sri Vitthal which generally takes 5 hours and performed on the day of ‘Ashadhi Ekadashi’ is going to be cut down to 1-1/2 hours this year. ‘In charge’ of Sri Vitthal-Rukmini Mandir Samiti once again interferes in ritualistic worship of Lord Vitthal ! Such decisions should be taken by Dharmacharyas and not District collectors. Read more » 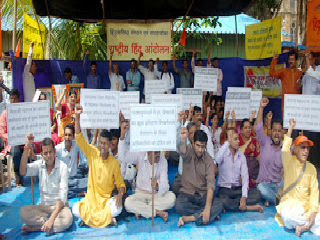 ‘Our fight is not only for Hindus but it’s a matter of India’s self-respect. Chhatrapati Shivaji Maharaj insulted by Telangana Government is an attempt to disparage identity of Maharashtra and such insult will never be tolerated’ Read more »