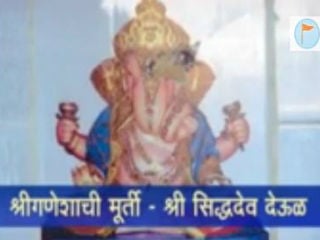 Hindus wake up! History of desecration of Hindu temple idols is repeating!! 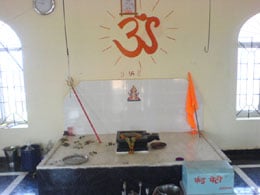 During the era of Portuguese invasion in Goa, the Portuguese compelled the Hindus to convert to Christianity. They committed horrible atrocities on the Hindus, attacked their temples and desecrated the temple idols to create terror in their minds. Goa has a black history of the infamous inquisition. After a couple of years, Goa will celebrate the golden jubilee of its independence. However, it is sad to note that desecration of idols of Hindu Deities and Saints continue to occur. Till date, 15 such desecration incidents have occurred in Goa during the period from August 2004 to September 2008 at places viz. Sanguem, Curchorem, Bambolim, Ponda, Chodan, Quepem, Panaji, etc., but not even a single culprit has been booked in all the above cases. By destroying the idols, these heretics are trying to ruin the faith of Hindus in their Deities, Saints and Dharma. The Congress Govt. in Goa is also neglecting such serious incidents!

In view of the increasing incidences of idol desecration in Goa, several Hindu organisations, temple trustees and devotees came together to form the Akhil Goa Mandir Suraksha Samiti (AGMSS). The AGMSS is instrumental in creating awareness amongst the masses to curb the deplorable series of desecration of idols of Hindu Deities and Saints in Goa. The RSS, Bajarang Dal, Padmanabh Sect Trust, various trustees of devotees of different temples of Goa, Sanatan Sanstha and the Hindu Janajagruti Samiti have been instrumental in forming the AGMSS. An important feature of AGMSS is that, right from its inception, its activities are being guided by H.H. Bramheshanand Swamiji, Pithadeesh of Padmanabh Sect, Tapobhoomi, Kundaim, Goa. Till date, the AGMSS has conducted around 50 meetings in almost all Talukas of the State and one state level mass public gathering in the capital of the State to achieve its objective. Both, the above meetings and the gathering have received a spontaneous response from devotees all over the State.

The AGMSS, a state-level organisation, is backed by around 700 representatives of 400 temples of Goa. The overwhelming response received by the AGMSS’ activities itself is evident of its noble intent. The repercussion of AGMSS’ awareness programs is that any incident of idol desecration occurring now is promptly and strongly protested by devotees.

Horrible photos of the desecration

‘Akhil Goa Mandir Suraksha Samiti’ ( AGMSS) is arranging the exhibitions of
these photos in Goa. HJS is the part of AGMSS. Read details about the exhibition

Following is the some text from Akhil Goa Mandir Suraksha Samiti representation.

To,
His Excellency
Governor of Goa,

Sub.: To curb the deplorable series of desecration of temple idols in Goa

We introduce ourselves as the Akhil Goa Mandir Suraksha Samiti, an organisation formed by like minded individuals and organisations in order to create awareness and curb the increasing incidences of desecration of Hindu temples and deities in Goa State. We want to bring to your notice that there have been many incidences of desecration of Hindu temples and idols in the past few years in Goa. These incidents have hurt the religious sentiments of Hindus. We condemn such incidents.

This episode of desecration of temples and idols began in Sanguem-Curchorem, thereafter at Kakoda, Bambolim, Shelde, Bondla, Ponda, Quepem and recently at Chodan, where an idol of Sree Saibaba was desecrated. The peculiar fact is that the police have failed to nab the culprits in all the above cases. To curb the incidences Akhil Goa Mandir Suraksha Samiti, on its part has started creating awareness by conducting meetings on this issue mostly in all the talukas of Goa. The Samiti is getting overwhelming response for this task.

The above incidences of desecration indicate that it is an urgent need that the government conducts a thorough investigation into this matter and takes strict action against the culprits to curb the unpardonable series of desecration of temple idols. There is news that the police have set up a Rapid Action Force to investigate into the idol desecration episode at Shirvai, Quepem. The government should provide assurance to the people by declaring the status of the investigation conducted by this Force? Also, it should declare as to when will the culprits be put behind bars?

To sum up, the temples of Goa have lost their security due to the above incidents. Temples are the seat of faith of ‘idol worshipping’ Hindus. It is the duty of the government to ensure their safety. The Central government proposes to destroy the ‘Ramsetu’ through the ‘Setu Samudram Shipping Canal’ project. This project has hurt the Hindus. To add up to this, the episode of desecration of temples rubs salt on the wounds of Hindus.