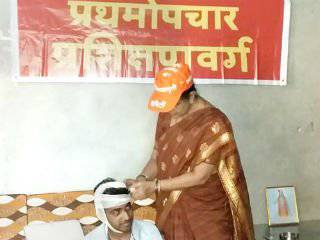 On 10th March, Hindu Janajagruti Samiti (HJS) took around an ambulance in western suburbs of Mumbai such as Kandivali, Gorai, Charkop so also at Bhandup (East) and Bhandup (west). Read more » 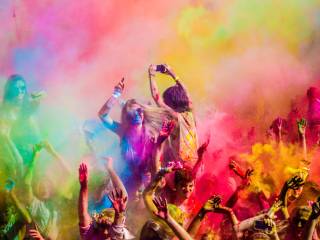 Stringent action should be taken against such malpractices and against those who sell chemical colours harmful to health and those, who forcibly smear colours on others or throw water-filled balloons at them, were some of the demands made by Hindu Janajagruti Samiti (HJS) Read more » Please do not indulge in malpractices during Holi and Rang Panchami ! Let us take full benefit of festivals by celebrating them in idea way by following Dharmashastra ! Read more » 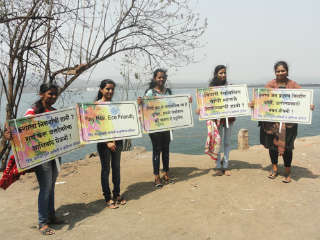 Hindu Janajagruti Samiti (HJS) undertook a drive for protection of Khadakwasla water reservoir on the occasion of ‘Dhulivandan’ and ‘Rang-panchami’. It was fruitfully concluded on 25th March. This drive was a total success like earlier years.
Read more » Demands to put curb over malpractices taking place during ‘Holi’ and ‘Rangpanchami’ festival, by deploying patrolling squads and to provide proper security to women and to take immediate action against persons involved in such malpractices, were made Read more » 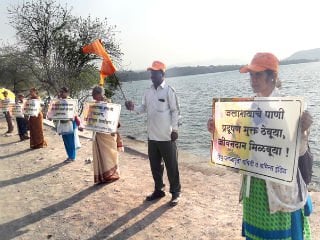 HJS and other like-minded organizations undertook a drive on 21st March to prevent pollution of water. HJS activists and members of other organizations made a human-chain around Khadakwasla water reservoir under this drive. Read more » 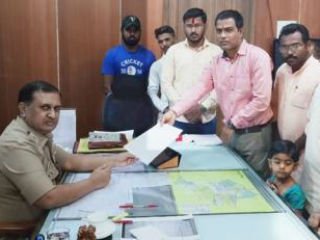 HJS undertakes a drive every year for prevention of malpractices taking place in the background of ‘Holi’ festival and ‘Rang-panchami’. HJS submitted a representation demanding stringent action against those involved in malpractices; celebration of ‘Holi’ festival as per science and deployment of police patrolling squads during this period. Read more » 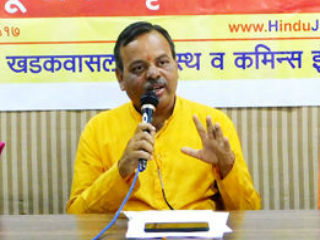 Hindu Janajagruti Samiti and like-minded organizations as a part of its mission of weeding out malpractices plaguing Hindu festivals and rituals, thereby allowing for appropriate practice of religious practices, are undertaking a campaign, ‘Save Khadakwasla water reservoir’ on Dhulivandan and Holi. Read more » 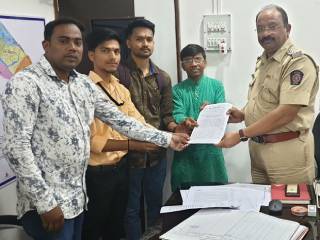