Crackers are burst on very large scale during Diwali festival. Crackers with pictures of Deities and great national leaders are also burst which result in tearing off their pictures to pieces on bursting; leading to hurting religious sentiments of Hindus. Read more » There are pictures of Hindu Deities like Shri. Lakshmi, Shrikrushna, ShriVishnu so also of revolutionaries like Subhashchandra Bose, Bhagat Singh etc. on covers of crackers causing their grave desecration. Read more » 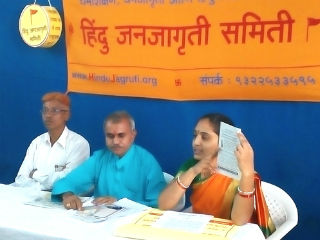 Diwali is an important festival in Hindu Dharma; but due to lack of ‘Dharmashikshan’, the festival is treated more like entertainment program and instead of religious rituals, more importance is given for bursting of crackers. Read more » 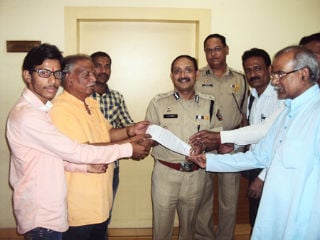 Pune District Collector, Shri. Saurabh Rao promised that necessary instruction would be given to the concerned departments in districts, on prevention of denigration of Deities and revolutionaries occurring through crackers. Read more »

District Administration should take necessary steps to stop sale of polluting crackers and denigration of Hindu Deities and national leaders taking place through crackers as their pictures are printed on their covers. Read more »

Representation was submitted to District Collector Sachindra Pratap Singh on behalf of HJS demanding prevention of desecration of Hindu Deities and national leaders taking place through crackers and to stop sale of crackers with such pictures. Read more » 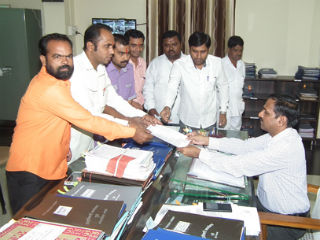 We will consider suggestions given by Hindu Janajagruti Samiti (HJS) and take care that crackers with pictures of Deities are not sold, promised Dy. District Collector Shri. Tukaram Hulawale of Dhule to HJS. Read more » 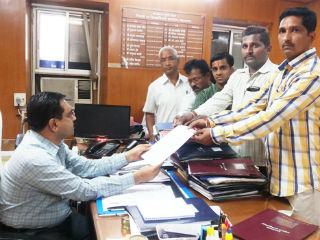 Manufacture and sale of crackers with pictures of Deities and national leaders on their coverings should be stopped considering desecration taking place through their bursting. Read more » 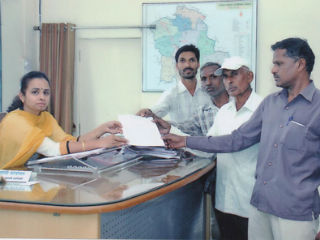 Representation was submitted on 29th October on behalf of HJS to Tehsildar Smt. Rupali Sarnobat at Ishwarpur demanding action by the Government to impose restraint on manufacturing and sale of crackers with pictures of Deities. Read more » The representation said, “Bursting crackers during Diwali causes pollution as well as the cracker covers containing the deity pictures get torn into pieces, hence a ban must be brought on bursting crackers.” Read more »