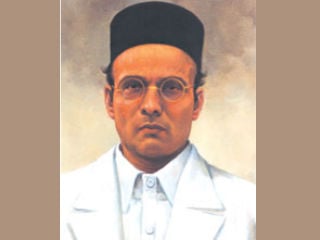 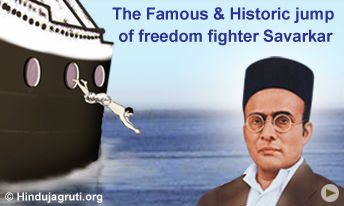 Oh Motherland,
Sacrifice for you is like life!
Living without you is death!!
– Veer Savarkar, the ideal form of Warrior energy

HJS has undertaken a campaign to get approval from the INDIAN government for a Memorial to Veer Savarkar in France.

Shame on Bharat’s Selfish political parties who have forgotten the sacrifice of Veer Savarkar !

Centenary of the famous leap of Swatantryaveer Savarkar, who tried to control the ocean, for freedom of his motherland

It was a ‘Gudhi’ erected by Swa. Savarkar in the international forum, by taking a leap at Marseilles, keeping the ocean and sky as the witnesses, for the freedom of Hindustan. It is the centenary year of this world famous ‘leap’. The film industry, which is always looking for such incidents, has never thought about such idea. Let us remember this leap by Savarkar taken on 8th July at the age of only 27 years and kindle the spark of patriotism in every Hindu !

Death forgot its duty while looking at this ‘leap’,

The horse of Jhansi who had leapt on the bastion, also smiled;

Vasudev Balwant was overwhelmed with joy,

There was thundering in the horizon of revolution;

There are only two renowned brave warriors in this world,

Who crossed the ocean for the love of their mother,

First honour goes to Hanuman and the second to Vinayak

Veer Savarkar was arrested by the British in London. He was sent on the board of a steamer named ‘Moriya’ under police vigilance for hearing of the next case against him in the Court in Hindustan. During the journey, the steamer was anchored at Marseilles Port. It was the morning of 8th July 1910. Savarkar said that he wanted to go for morning rites and went to the toilet. He removed his night-gown and hung the same on the glass door so as to cover himself from the guard of his security men. He jumped up to the porthole. He contracted his body and leaped into the unknown sea. The skin of his chest and stomach was peeled off. The security men immediately realized that the hostage had run away. They started chasing him. By that time, Savarkar climbed the 9 feet quay and set his foot on the French land thus setting himself free. He ran some distance and handed himself over to the French police; but the policemen, who were following him, bribed their French counterpart and forcefully and illegally, he was brought back to the steamer.

The British Government went into a shock with this leap. The incident was a stigma to the sovereignty of France leading to resignation of the French Prime Minister. The matter of illegally arresting Savarkar on French land was taken up at international Court. The prosecution was also shifted to international Court. He is the first such Indian patriot, Swatantryaveer Savarkar ! This leap inspires all the patriots even today. : Hindu Janajagruti Samiti.

Keep alive memories of the sacrifices made by Savarkar !

The only revolutionary who was sentenced to life imprisonment twice, was freedom fighter Savarkar ! It will be most ungrateful on our part to forget the brutal oppression faced by him while going through the sentence of deportation.

Do the following to prevent such ungratefulness:

‘Take an oath that even if I get the throne of ‘Deity Indra’, I will decline the same and die as the last Hindu !’ : Vinayak Damodar Savarkar

The French Government has paid a tribute to this brave act by granting permission for the construction of Veer Savarkar’s memorial in France; but our Indian Government has been delaying the matter for the past 11 years. A doubt, therefore, arises in the mind that we might be deprived of a historic memorial owing to the appalling apathy of the Indian Government. It is the duty of all of us nationalistic citizens of this country to see this memorial through to completion.

HJS ‘signature drive’ to submit a memorandum to the President

Is this country property of Gandhi-Nehru Family ?

…And This is How Congress and their brigade Treats Savarkar !

We appeal to readers to contribute links / articles related to this topic ! Email us at : [email protected] 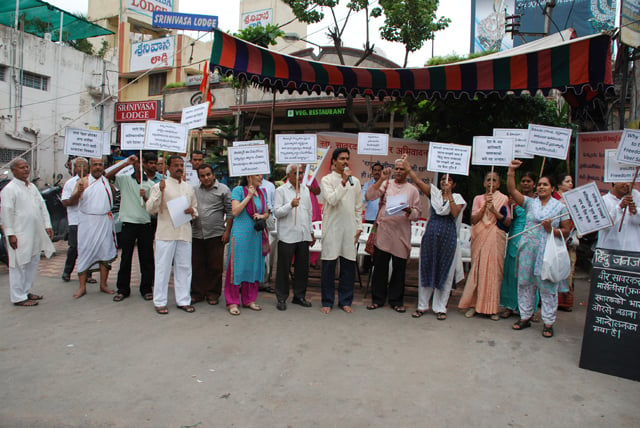