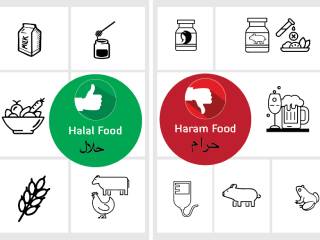 For thousands of years, India has housed a civilisation that has historically been tolerant and inclusive, ‘Independent’ India has been under the grip of a westernized idea of ‘Secularism’. Successive governments have bent over backwards to cater to the whims and fancies of the minority communities to ensure that they vote favorably in the elections. This twisted ‘secularism’ has resulted in much suffering for the Hindu majority of the nation. While the Constitution calls for equality for all, Hindu temples have been taken over by the governments zealously while liberally funding Hajj and Jerusalem ‘pilgrimages’. Despite this, the common Hindu suffers silently and continues to dutifully pay his taxes hoping that some day the conditions will change, which unfortunately has not happened till date.

Then there are those who are consumed with the idea of ‘ruling’ over India; when some demand of theirs gets approved by the Government, they are ready with the next set of demands. One such demand was setting up a Sharia compliant Islamic banking system, which the current government, under Hon’ble Shri. Narendra Modi, refused to accede to. Setting up a Bank requires approval from the government, but what about consumer products? A person has the Constitutionally given right to demand for products that are in line with his religious beliefs. Muslims have started exercising this right by demanding that every product that they use is compliant with the tenets of Islam i.e. Halal. This has led to the ubiquitous need for the products to be ‘Halal Certified’. So now, the Islamic Economic system (Halalonomics) has crept into our Secular system. Surprisingly, Halal compliance is mandatory even for government run companies like the Indian Railways and Air India. Just because Muslims (who make up 15% of the country’s population) want to consume only Halal meat, their practices are being forced upon the rest 85%. Now the Halal certification is no longer limited to meats, but touches every sphere of our daily lives – from meats to packages foods, from housing projects to hospitals, from medicines to beauty products; even malls are not exempt! Anyone who wishes to export their products to Islamic countries has to be Halal Certified. To give you an idea of the immense scale of Halalonomics – standing at 2 trillion dollars it competes with the Indian GDP! No wonder the entire world is under the Halal certification stranglehold.

A parallel economy always has some effect on the functioning of a country. (It could be the Hawala system to funnel money to and from India or virtual currency like Bitcoin). Here, a parallel economic system entrenched in religion is taking shape; which will certainly have an impact on the ‘secular’ fabric of India. So it is imperative that we give serious thought to the long term (negative and devastating) effects that this system will have on the tradesmen as well as the nation at large. These series of article will serve as a primer to this thought process and inspire you to act now to secure the future of India !

Halal is a pre-Islamic Arabic word that means ‘that which is permissible’. The opposite word is Haram ‘that which is forbidden’. With the advent of Islam, Halal came to denote all that was permissible under the tenets of Islam and those that did not conform to the tenets of Islam were termed as Haram. Today, the words are widely used in conjunction with food and drink.

Islamic rules (from the Sharia) can be categorised under one of the five decisions (al-aḥkām al-khamsa) – mandatory (fard), recommended (mustaḥabb), neutral (mubaḥ), reprehensible (makruh), and forbidden (haram). There is considerable difference of opinion amongst Islamic scholars whether the term ‘Halal’ encompasses the first 4 of the 5 decisions. 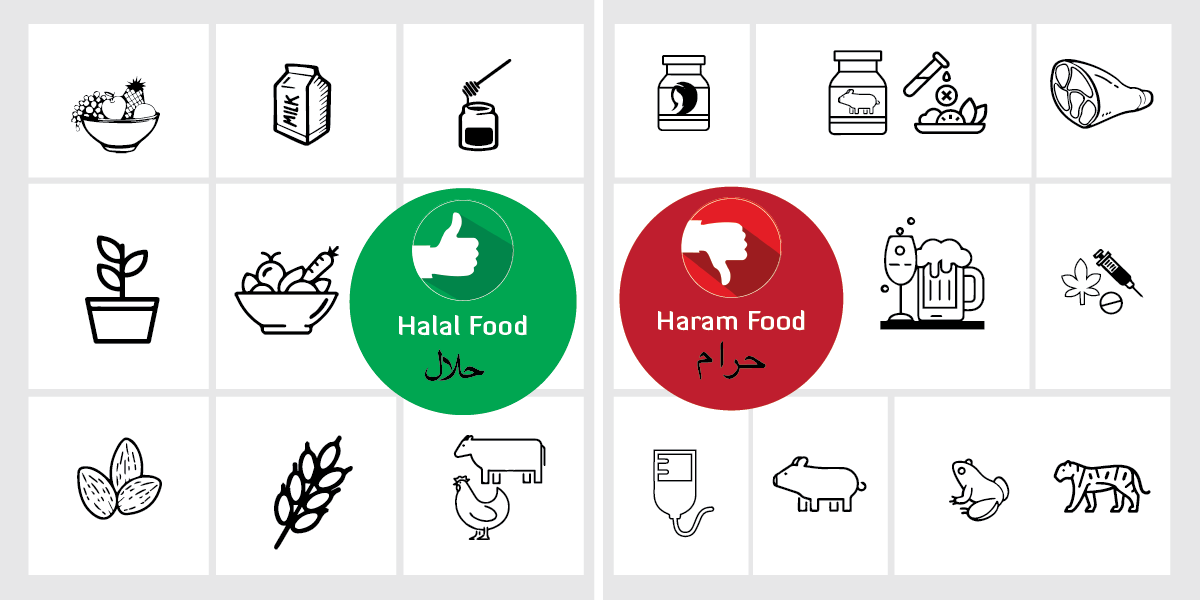 The term Halal is usually referenced to the way animals are slaughtered for consumption. The Halal way of slaughter (dabihah) mandates that

a.     The butcher should follow tenets of Islam (he should be Muslim)

b.     The animal that has been chosen to be slaughtered should be disease free and healthy

c.     The animal should have been bred in a free atmosphere

d.     During the slaughter the butcher should invoke the name of Allah with ‘Bismillah, Allahu Akbar’.

e.     While not mandatory, the animal should be placed in such as way that it faces the Kaaba in Mecca (Qibla – the direction that Muslims face while praying)

f.       A sharp knife should be used to swiftly slice through the animal’s wind pipe, jugular veins and carotid arteries and the blood allowed to drain out.

g.     While most societies advocate stunning or rendering the animal unconscious before slaughtering it (to reduce pain and shock), Halal bodies usually dissuade such humane measures.

While western countries find these practices inhuman; Islam declares that only meat obtained in this fashion is permissible for consumption and holy. So, even in non-Islamic countries almost 70 to 80% of meat production adheres to the Halal way. Some aquatic forms are also Halal. Currently the emphasis is on laying down simpler rules to classify items as Halal or Haram.

Items that are considered as Halal

d.     Plants that do not have any intoxicating effects

Items that are classified as Haram

a.     Pigs, wild boar and other animals related to these species, as well as animal byproducts obtained from these animals (like gelatin)

b.     Carnivorous animals and birds of prey, as well as those animals that have sharp clawed feet and pointed canines, for example – lions, tigers, monkeys, snakes, vultures, eagles etc.

c.     Those whose killing is forbidden in Islam, for example – ants, honeybees, woodpeckers etc.

d.     Animals that live both on land and in water, for example – crocodiles, frogs etc.

f.      Animals that have been killed by strangulation or by injury to the head, as well as animals that died naturally (and their byproducts)

h.     Plants or plant material with intoxicating or poisonous effects

i.      Alcoholic spirits or any product with alcohol in it, for example – sausages

j.      All poisonous and intoxicating liquids and their products

This list would have given you a fair idea of what is Halal and what is Haram according to Islam. Muslims insist on consuming only Halal products since these guidelines are mandated by the Quran, and not adhering to them is considered as sin and one has to undergo untold misery in the afterlife for the sin of consuming anything that is haram. The inclusion of even a single facet that is haram in the processing of any halal product renders the end product haram (unfit for consumption by a Muslim). This is the reason that every country has seen a rise in the production and supply of Halal meat. In fact, India is not an Islamic country, but meat exported from India is Halal certified! There are cases where Muslims have sued large multinational companies and won crores in damages for being served non-Halal foodstuff (thereby ‘polluting’ them). This is another reason why the Halal certification issue has gained ground.