The pseudo-seculars are always reminding all and sundry about the freedom enshrined in the constitution; but in this ‘secular’ country, government run institutions like the ITDC (India Tourism Development Corporation), Air India, railway catering services, all of them award contracts only to those who serve halal meat. The Indian parliament which is the most sacred space of the Indian democracy is served by the railway catering services. Even there, the Hindu majority does not have the freedom to choose what kind of meat they want to consume. 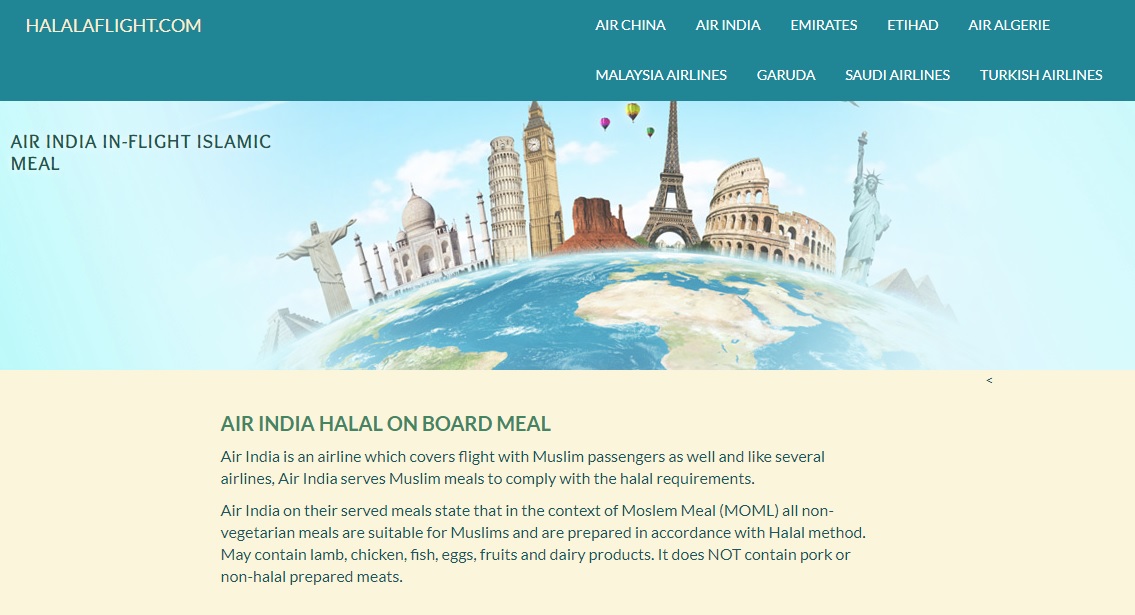 Hindus should question these policies of the Government run institutions. Also, Hindus  should compel these institutions to make available food that is religiously acceptable, and until then their products should be boycotted.

The Agricultural and Processed Food Products Export Development Authority (APEDA), which functions under the Ministry of Commerce and Industry (Government of India) has in its guidelines made it mandatory for importers and exporters of red meat to have halal certification. It has also made it mandatory that animals are slaughtered in the halal manner under the observation of auditors from Islamic organizations. This is in contravention to the ‘Secularism’ enshrined in the Constitution. Of the total meat exported from India, 46% (about 6 lakh tons) is exported to Vietnam alone (a non Islamic country). This brings up the question whether a Halal certificate is required to export there. But due to this pro Islamic stance of the government the 23,646 Crore meat industry is directly supplementing the Halal economy. ‘What is someone does not want to consume halal meat, does he have no freedom to choose?’ – is something to ponder over.