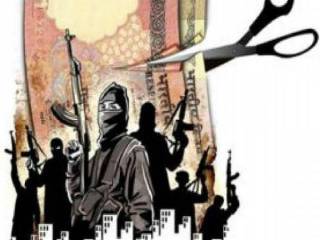 The Organization of Islamic Cooperation is a collective of Islamic nations that caters to the needs to Muslims world over. It is an Ummah (community) sans borders. It has made non Islamic nations like India, Nepal, China to obtain Halal certification from competent certifying authorities, for products that they wish to export to Islamic countries. So now, every exporter has to pay up to obtain this certification.

a.     Cater to a potential consumer base of 2 Billion Muslims across the world

b.     Provide an ease of conducting business in the Islamic world

c.     Make their products instantly acceptable to any Muslim across the world

d.     Widen their business prospects. For example, the Indian Halal Certification board is affiliated to the Shariat boards of 120 countries and 140 Islamic organizations which means that this certificate can be used to carry out business there too.

e.     Reap profits that are far greater than the amount being paid as fees for the halal certification.

f.      Continue catering to the non-Muslim consumers as usual.

If a product industry wants to be certified by the ISO (International Organization for Standardization), then it has to stringently adhere to certain rules and regulations; but if an  industry (for example a restaurant) wants to be halal certified then the Halal certifying authority pays more attention to religious aspects rather than the functioning – whether the meat or other products being used there are halal certified or not. The audit methodology used by the Halal certifying body usually involves

a.     Neither is nor consist of or contains any part or matter of an animal that a Muslim is prohibited by Shariah to consume or that has not been slaughtered in accordance with Shariah.

b.     Does not contain anything which is considered to be impure according to Shariah.

c.     Has not been prepared, processed or manufactured using an instrument that was not free from anything impure according to Shariah; and

d.     Has not in the course of preparation, processing or storage been in contact with or close proximity to any food that fails to satisfy conditions (a) (b) or (c) or anything that is considered to be impure according to Shariah.

The certifying body then conducts regular as well surprise inspections to ensure that the above are adhered to.

Going through these conditions, it is apparent that no special skill is involved here. For example any regular restaurant may be adhering to these conditions (albeit unintentionally); but by creating a framework to address even simple issues, the halal economy is being expanded.

There are many non Governmental organizations that issue Halal certificates. Prominent ones include,

The Halal economy is growing at a frantic pace and it all handled through Islamic private bodies. The government has absolutely no control over these bodies. This raises a serious question about how these funds are utilised. Australian politician George Christensen (National Party of Australia) has claimed that the money generated from the halal economy may be used to push for Sharia law in Australia and fund Islamic extremism. He has also expressed his apprehension that these funds may be utilised to support terrorism.

In India, Jamiat Ulema-e-hind halal trust is one of the major Halal certifying bodies. The Jamiat ulema-e-hind was established in 1919 to protest against the British occupation of India. This organization, along with the INC, played a role in the freedom movement. However the topic of partition split the organization into two; and the Jamiat ulema-e-islam faction supported a separate nation for the muslims and shifted to Pakistan. Today the Jamiat ulema-e-hind is a powerful entity in religious as well as political circles. During the recent protests against the Citizenship Amendment Act (2019), the Bengal state president of the JuH Siddiqullah Chowdhury had threatened that the ‘Home Minister Amit Shah will not be allowed to step out of the Kolkata airport’. This organization had also declared that it will fight in favour of those accused of murdering Hindu leader Kamlesh Tiwari of Uttar Pradesh. In the past the JuH has also provided legal support to the muslim accused in several acts of terrorism including the 7/11 Mumbai train blasts, 2006 Malegaon blasts, German Bakery blast (Pune), the 26/11 attack on Mumbai, the serial blasts of Zaveri Bazaar in Mumbai, Delhi’s Jama Masjid blast and the Karnavati (Ahmedabad) bomb blast among others. The Jamiat is fighting cases on behalf of about 700 such accused. It remains to be seen if the funds required to do this are being provided by the Hindus by way of the Halal certification fees.