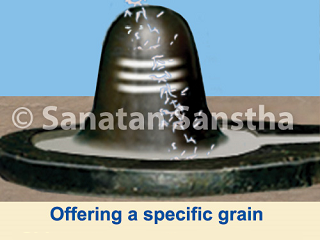 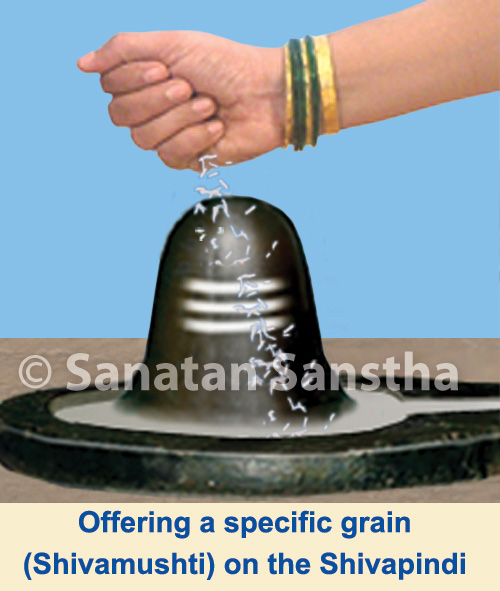 Every karma (An act) must be performed correctly by understanding the science of Spirituality underlying it. If the traditional rituals like the Religious festivals, Holy festivals and vrats are performed as karma instead of as a duty, that is, by understanding its Divine base, the individual’s soul energy is activated and it attains contentment. This article explains the vrat rules to be followed by those undertaking vrats. Abiding to these vrat rules is of utmost importance to derive Spiritual benefits from the vrats.

1. Vrat Rules to be followed by those undertaking vrats

A. The need for foresight: The freedom fighter Swātantryaveer Sāwarkar has said, “I did not undertake this vrat blindly”. This is absolutely true. A vrat should never be undertaken blindly. Lack of awareness and ignorance will not do here. One should accept a vrat knowingly.

B. Strict compliance: Any vrat should be followed meticulously. Once undertaken, we should not think of the hardships we may have to face when observing it.

C. Completion is necessary: If one begins a vrat, he should complete it; because if carelessly given up in the midst, the effects can be disastrous. This is what the scriptures preach. They also recommend ‘penance’ if there is a break in a vrat, either deliberately or by accident. In today’s times, penance itself is equivalent to repentance. If a vratis broken by accident, one should fast for three days and men should shave off their hair and begin the observance once again.

E. Vrat, the essence of life for Rāmāchārya! : Rāmāchārya, a Sanskrut scholar of the past, adhered diligently to the scriptures. His trust in scriptures was remarkable. He was very scrupulous in discharging religious duties. During illness he used to take every precaution to ensure that the medicine being taken by him would not disrupt his religious vows. For many years, as part of his vow, he had given up consuming sugar. He would be ill for long periods. Even when burning with fever and unconscious, if the doctor administered him a sweet medicine, he would sit up immediately, screaming “sugar, sugar!” and spit out the medicine at once. This behaviour from a person who had no energy to turn on his side by himself would stun the doctors. Rāmāchārya’s son said, “He would prefer death; but would not disrupt his vow.” The strict adherence to the vows was indeed the essence of his life. Firm religious faith can even spur the God Himself to be a humble servant.

2. The vrat rules governing a vrat

A.The commencement of a vrat : On the day of the vrat after waking up two ghaṭikās (An ancient Bharatiya measure of time, 1 ghaṭikā = 24 minutes) before sunrise, one should perform the daily ablutions and bathe. Without eating anything one should offer prayers to the Suryadēvtā (Sun Deity) and the presiding Deity of the vrat and expressing one’s sankalp, begin the observance.

B. The sankalp : Standing facing the north and holding a copper vessel (filled with water) in the hand, one should start by making a sankalp for the vrat. The northern direction is favourable for spiritual progress. As against this, DeityYama’s region is towards the south.

C. Pūjā and sacrificial fires : Contemplating on Shrī Gaṇapati, Mātrudēvtā and Panchdēvtā, one should worship them ritualistically. A golden idol of the Deity of the Vrat should be made and worshipped with panchopchar or dashopcharor shodashopchar – pūjā as maybe feasible. The presiding Deity of the month, fortnight, date, day or the lunar asterism becomes the Deity of the vrat. For example, on Pratipada (1st day of the Hindu lunar month) – Agni, on Dwitīya (2nd day of a Hindu lunar fortnight) – Brahma, on Trutiya (3rd day of a Hindu lunar fortnight) – Gouri etc. Pūjā after expressing the sankalp of the presiding Deity is essential.

D. The meal after a fast : The meal partaken of after completion of a vrat by giving up the fast is called parane in Marathi. This food should be tasty and should be eaten only after Mahānaivēdya (Prasād served in the form of a meal, normally after a major ritualistic worship). For instance, when observing the fast of Ēkādashī (11th day of a Hindu lunar fortnight), parane has to be done on the Dwādashī . One should not fast on that day. If one does, it induces sin.

E. Udyapan: After completing a vrat, for its fulfillment one should perform acts such as chanting, a sacrificial fire, pūjā etc. All these together constitute the udyapan. A vrat is almost always done with expectation. Man follows it with a particular motive. If one is able to perform the vrat according to one’s satisfaction, then one feels excessively content. The concluding ceremony is symbolic of contentment, in other words it is the fulfillment of the vrat. After following the vrat completely, one should perform the ceremony according to one’s capacity. Without that ceremony, the vrat is incomplete and is rendered futile. As a result, no benefit is obtained from it. How the concluding ceremony of a vrat should be performed is mentioned in the respective vrat itself.