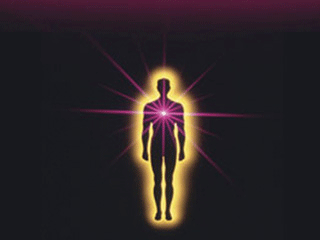 1. The sciences connected with the mind and the science of Spirituality

The relationship of the science of Spirituality with reference to various sciences of the mind is given in a tabular form with comparison of various methods of treatment in a patient with high blood pressure induced by anxiety, below:

* Temporary (as long as treatment continues) / for sometime / permanently.

** Though these modalities of treatment are good, the number of those who recover is very less because often the patient discontinues treatment / spiritual practice midway.

2. Amount of the Absolute Truth in other subjects and Spirituality

The table below will illustrate why Spirituality is called paravidya (meaning supreme science) and the other sciences are called aparavidya (inferior sciences).

3. Physical sciences and the science of Spirituality

‘Science has varied meanings such as specific knowledge, scientific knowledge philosophical knowledge, direct knowledge and knowledge of Brahman. However generally the knowledge which is acquired through the sense organs by analysis and experimentation of gross substances and natural phenomena following a specific order and procedure is called science (vidnyan). In this context, Prof. K.V. Belsare gives the following explanation – the role of science is to study the properties of physical substances, their interactions with one another, the general principles therein and to derive a system with logical explanation from them. The four steps in the methodology used in science are careful observation, classification, framing a hypothesis and deriving inferences from them. Once the properties of substances are studied, their actions can be controlled. Thus, man can control energies such as electricity, heat, light, sound, water, air, etc. and use them to gain mastery over place, time, speed, disease, etc.

Among all the rules in the behaviour of substances in the universe, the rule of cause and effect is common to all. Hence, in science more emphasis is laid on determining the cause and effect relationship between substances. From the scientific point of view all events in the universe are entirely dependent on rules. Nothing in Nature is mysterious or miraculous. Events which appear perplexing, appear so only until one realises the cause and effect relationship between them. With the help of this knowledge, man has invented extraordinary appliances such as the train, the aeroplane, electric lamps, the radio, the telephone, etc. which have dramatically changed his quality of life.

Though with the help of science, man has acquired external prosperity, internally he does not derive the feeling of contentment. Ancient Indian scholars have made attempts to provide society with both external and internal happiness because eventually without internal happiness, external happiness proves to be futile. After the 10th century A.D. the progress of our country came to a standstill because we began to concentrate only on internal spiritual practice. Plenty of discussions in the spheres of devotion and Righteousness (Dharma) continued, but we neglected the field of physical sciences. To add to this we even forgot the knowledge compiled by our ancient sages.’

Today science claims, ‘After visiting Mars we will have crossed a great milestone in the annals of science and will know if there is existence of life there, etc.’ In Spirituality, visiting Mars by the subtle body and returning to the earth is only a ‘snake-charmer’s game’ or simply ‘purification of the mind (chitta)’.

‘If devices to record such subtle events are invented then at the most they will be useful for documentation and not for endowing the actual experience. Whereas, it is important to actually experience them. If scientists discover the blue dot with the aid of scientific devices, they will accept its existence, contemplate on it for several years, hold discussions and write theses on it. But it is more important to meditate and get introverted so as to actually experience the blue dot than to do all this. You will undergo a total tranformation due to this experience. Internally one will be endowed with Bliss, will be able to hear divine music and will be able to acquire supernatural powers such as divine vision, hearing heavenly messages, etc. There will be a flow of divine nectar (amrut) from the absolute ether (akash) element within.’ It is for this alone that physical sciences is the first step in the learning process while Spirituality is the final one.

‘People complain that faith (shraddha) has declined due to modern science. Despite that curiosity about Spirituality has increased. What does decline in faith actually mean? Or what exactly is faith? Can blind and naive belief be considered as faith?

Here, it becomes necessary to explore into the basic nature of faith, as described in the Nirukta holy texts. The author, Vachaspati has defined faith as ‘the strength to support the truth’. If one understands this concept, then the distinction between faith and rationalism will be destroyed. Today, when one says that curiosity about Spirituality has increased it is as if faith itself has been augmented. The intellect aroused by curiosity ‘grasps’ knowledge and faith strengthens that knowledge. There is faith where there is curiosity about Spirituality and knowledge. Curiosity about Spirituality (jidnyasa) and a desire for the Final Liberation (mumuksha) are both complementary to each other in all aspects.’

According to the holy text, Shri Dasbodh the meaning of science (vidnyan) is as follows:

Meaning: The stance of a spectator is the action of the subconscious mind (chitta). Going beyond the mind (unmani), that is beyond the stance of the spectator is non-action (nivrutti). Where the awareness [absolute ego (ahambhav)] that I am the knower dissolves, is pure knowledge (vidnyan). – 7.4.5

At the level of Parabrahman both ignorance and knowledge disappear. Even the pure knowledge (vidnyan) dissolves. [Only non-duality (advait) persists.] – 7.4.51

Why the science of Spirituality and not the physical sciences are useful for making spiritual progress will be clear from the following table.

** Hence this is like running after a mirage. The truth is never found in it.

*** ‘The physical sciences are incomplete in one sense as at any given point of time some of its questions remain unanswered. If ever they are solved then new questions arise.’ – Mr. Jayant Naralikar, Maharashtra Times, 24th March 1991.

The difference between the physical sciences and Spirituality can be explained in simple language thus – The physical sciences cannot explain how to attain Bliss (Anand) which only the science of Spirituality can. It is only the science of Spirituality which teaches one to observe the problems in day-to-day life and unhappy events, e.g. a loss in business, death of a near one, etc. with the stance of a spectator (sakshibhav) and attain Bliss, something which none of the modern sciences can do.