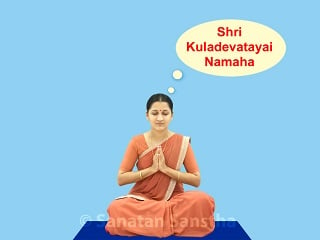 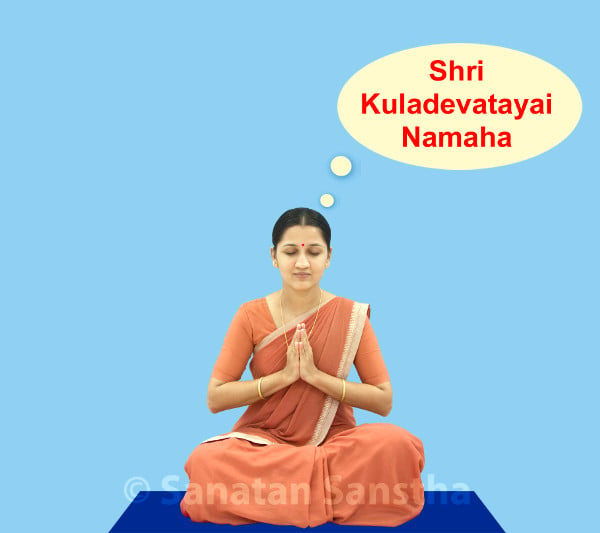 It is the jīvātmā and the Shivātmā (God-realised soul) that get anubhūtīs (Spiritual experience) of spiritual nature and their source is not the five senses, mind and intellect. In that case, someone may question, ‘Why are spiritual lectures organised in which the five senses, mind and intellect are discussed ?’ The answer to this is – To comprehend the importance of Spirituality and commence sādhanā, belief is essential. The topics narrated in the spiritual discourses can be understood intellectually. After understanding the importance of sādhanā intellectually, a jīva (Embodied soul) begins to perform sādhanā.

Unless belief in God’s Saguṇ (Materialised) form (for example, an Idol) is established, bhāv of the individual unto God is not awakened. When bhāv is awakened, it primarily passes through eight manifestations of sāttvik bhāv, that is, through expressed bhāv. Flowing of tears or getting goose bumps on the body on being aware that Deity/Guru looks after our welfare or getting the vision of the Deity/Guru is an example of expressed bhāv. We get anubhūtīs only when there is bhāv in us. Anubhūtīs help develop faith. Ordinarily, those following Bhaktīyoga (Path of Devotion) are more emotional. Such seekers develop expressed bhāv quickly. Conversely, those performing sādhanā according to Dnyānyoga (Path of Knowledge) do so by understanding the intricate principles in Spirituality at the level of intellect, and in the process remain emotionally unaffected. Hence, instead of bhāv in expressed form, faith develops faster in them. Therefore, generation of either bhāv or faith in an expressed form in a seeker can differ from individual to individual.

A. Importance of faith

To make gains in the form of spiritual progress, ‘faith’ is the only currency. To put it metaphorically, the currency in USA is Dollar, while in Bharat it is Rupee. To buy something in USA, only Dollars will come in handy. Similarly, to make spiritual progress, only faith is essential and it should be strong too. Normally, we believe in our bank balance because we can withdraw money from the account according to our need. We should repose even greater faith in God and Spirituality.

Meaning of verse 27:287 from Shrī Ēknāthī Bhāgvat : Of all the aspects of the entire pūjā (Ritualistic worship) it is faith which is most important. He who has unshakeable faith, is God’s most favourite.

B. Advantages of faith

Once faith is generated, yearning develops in sādhanā. Due to sādhanā performed with yearning, the level of anubhūtīs experienced rises and the devotion unto God is enhanced. This accelerates sādhanā further. As a result, level of the anubhūtīs is further raised leading to further strengthening of the faith in God. This culminates into deep devotion. Such pure devotion teaches the seeker about unmanifest bhāv. An example of unmanifest bhāv – the belief that, the Guru’s mission pertaining to Dharma is the supreme mission of our life and performing it consistently, without any expectations, with earnestness and realization that the Guru Himself is getting it done through our medium. Unmanifest bhāv does not manifest at the gross level such as flowing of tears, getting goose bumps etc. Hence, it is termed as unmanifest bhāv. Seeker with unmanifest bhāv is constantly connected to God from within. Manifest bhāv is triguṇ-oriented, whereas unmanifest bhāv is beyond triguṇ. Only through unmanifest bhāv we can reach the nirguṇ (Without attributes) and formless God; meaning, we can get ātmānubhūtī (Spiritual experience of the soul) and attain Ānand (Bliss).

From this, it will be clear, that the tool to develop unmanifest bhāv and attain the state of Ānand is none other than sādhanā, and the beginning of sādhanā lies in the belief developed through words.

A. Listening to the spiritually evolved

First, let us discuss which sādhanā should be performed by those who have not been performing any. This will also help those who are already performing sādhanā to decide whether their sādhanā is appropriate or not. If sādhanā is inappropriate, you should attempt to change it right away. If you have been performing sādhanā for some time, then it will become difficult to change it all of a sudden. Our guide H.H. Dr. Jayant Athavale had been chanting the Name of Deity Pānḍurang for some years out of His own choice. He was advised by two Saints not to chant this Name, but to chant the Name of His Kuladēvatā (FamilyDeity) instead. Initially, for five-six months, He found it difficult to chant the Name. His feelings were first of attachment. ‘How can I leave Deity Pānḍurang ?’ Later, it was possible to give up the attachment. Under the influence of His emotions, if He were to continue chanting the Name of Deity Pānḍurang instead of listening to Saints, He would never have met His Guru so early.

B. Overcoming the obstacle of ‘intellect’

The point to be noted from the above example is that H.H. Dr. Athavale was able to make spiritual progress because He listened to Saints instead of continuing to perform the sādhanā decided by His own intellect. Being more gross than the ātmātattva (Soul Principle), the intellect so becomes an obstacle. This is a difficult concept for an average individual to comprehend, because in worldly life, terms like ‘make use of the intellect’ are often used. We feel that intellect is the medium of comprehension and without it nothing can be understood. However, intellect cannot comprehend the subtle. On the contrary, intellect takes wrong decisions in the field of Spirituality and takes us away from our spiritual goal; hence, it is termed as an obstacle. When doubts are cleared, it helps the intellect take correct decisions; hence, emphasis is laid on clarification of doubts in satsangs (Company of the God Principle). Intellect is ignorance, meaning, the kāraṇ-dēha (Causal body). Then, how can God be attained using that intellect? Sacrifice of intellect is devotion. In short, the intellect is useful for converting itself to sāttvik intellect by shravaṇ (Listening to discourses), manan (Contemplation) and nijadhyās (Intense yearning). To comprehend that ‘the intellect does not prove to be of any importance whatsoever as far as Self-realization is concerned, that it can be accomplished only by surrendering unto the Sadguru’ also needs intelligence. This perhaps is its only use!

Doing something with ceaseless perseverance and consistency goes against the natural tendency of the human mind. ‘Resolve and doubt’ is the general manner in which the human mind functions. Hence, a lot many are beginners, but only a few are finalists in every field. This is noticed very intensely in Spirituality. Many people give up sādhanā midway due to sheer lack of perseverance. Seekers should possess the virtue of perseverance.