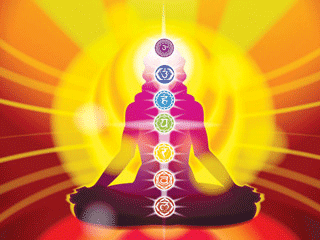 1. Mantra Pronunciation and its importance

‘The objective behind doing spiritual practice of mantras is to reveal their obscure energy. Sages have already described what benefits a particular mantra yields. A mantra is not merely a union of letters. Their combination is a representation of inner energy. The energy within a seeker gets activated due to a mantra and he acquires tremendous strength. The divine consciousness (chaitanya) in a mantra is superior to the gross words in it. It is found that if one performs the purashcharan (chanting) of a mantra infallibly and with assertion then one can experience the powerful energy in it and can achieve anything from mundane detachment of greed to Self-realisation.

The science of Mantra has originated from the word (shabda) Brahman. The energy of a mantra lies in its pronunciation. That energy is manifested from frequencies generated in the atmosphere by the sound vibrations that are generated through its chanting. The nature of the mantra is one of radiance (tej). Though it appears rather meaningless it is laden with the potential to bring about the manifestation of a deity.

The power of a mantra itself is the power of the mind which in turn is the power of one’s thoughts. Thoughts which are devoid of words are very subtle. When thoughts are expressed in words, they become gross. It is evident that the energy in the gross is less than that in the subtle. The energy in a mantra in the form of thought or meaning is always greater than mantra pronunciation in the form of words. Considering the tremendous power generated by thought, Indian philosophers proclaimed the shocking doctrine over five thousand years ago that bad thoughts are more harmful than bad words.’ (1)

Once one concentrates on mantra pronunciation correctly, the mind does not wander and this helps build up concentration of the mind.

Sound (nad) is the basic component of creation and is based on the sciences of Music and Mantra. Now pronounce Om as one usually does and note the spiritual experience. Then prolong the duration of Om three to four times, that is O….m…. and then record the experience. With the prolonged Om one experiences more energy or goes into a kind of trance, than with the usual Om. The reason for this is that with the usual pronunciation only one direction is stimulated whereas with the prolonged variation all the eight directions are stimulated. It is for this very reason that usually when a note is prolonged a positive effect is obtained.

In the Vedas too, the mere meaning is unimportant. One should be able to recite them with the correct rhythm (chanda), syllabic foot (vrutta) and measure of verse (matra). Only then is the real benefit obtained. With such Vedic chanting one also acquires the benefit of pranayam.

‘A mantra should be obtained only from the Guru and should be chanted according to the science of Matras. A matra is that with which one realises the magnitude of the sound of words. The science of Matras, that is the correct pronunciation of the mantras as regards their notes such as aroha, avaroha, udatta, anudatta, svarit, prachay, etc. is of special importance. If there is an error in that then the deleterious effects that can be caused are described with examples in the teachings of Panini as –

The meaning: The mantra without proper pronunciation of vowels (svar) and consonants (varna), that is the utterance of a mantra in a faulty manner makes it faulty and does not convey the intended meaning. Instead it gets converted into a verbal thunderbolt and harms the one chanting it, as had occurred in the case of the word Indrashatru with faulty pronunciation of the vowels.

The compound word Indrashatru could have two meanings, one being “Indra’s enemy” (the slayer of Lord Indra) from Tatpurush Samas and “the one whose enemy is Lord Indra” (the one who will be slain by Lord Indra) from Bahuvrihi Samas. Since the first meaning was intended for Tvashta he had to utter the note of the last letter of the entire word in a lofty tone. He however, uttered the last letter of the first word in the Samas in a lofty tone. Consequently, instead of a son being born to slay Lord Indra, a son, Vrutra who would be killed by Lord Indra was born. (Taittiriya Sanhita 2.5.1-2)

The teachings of Panini further say,

The meaning: If some of the consonants in a mantra are deleted then they destroy life, if the vowels (svar) are faulty then disease sets in. The consecrated rice (akshata) [consecrated with a mantra which has discordant vowels and omission of letters] descends upon the head of the host like a thunderbolt (vajra).

Only a mantra imparted by an appeased Guru, one obtained in a dream or from a deity during meditation or accepted after the performance of appropriate rites such as the removal of kilak, chanted with pure and appropriate notes observing the ritualistic rules and restrictions can prove successful and even endorse the desired benefits. Chanting a mantra read in a book and getting initiation of a mantra from a person without spiritual authority is not only meaningless but also disastrous.’ (2)

‘One comes across Narad and Tumbaru as a pair in the Purans. Tumbaru possessed knowledge of music but Narad did not and hence was once insulted by Lakshmi, the deity of wealth. Then Narad began to learn music from Tumbaru. Once as He was singing, all the Raginis, the deities of musical notes appeared before Him. They were emaciated and drained of energy. When Narad asked them the reason for their state they replied, “We have been reduced to this state because of your improper and harsh singing. Now, after hearing Tumbaru sing we will return to our original state.” Narad was humiliated hearing this. He then proceeded to Shvetadipa and prayed to Lord Vishnu asking for the knowledge of music. Lord Vishnu responded, “I will teach you music in My incarnation as Krushna.” Later along with His wives Rukmini, Satyabhama and Jambavati Krushna Himself perfected Him with the knowledge of singing.’ (3)

* Knowledge is acquired from the subtle sound generated from the movements of the motor organs.

1.1 Mantra Pronunciation and purification of speech

When any word is pronounced aloud or mentally according to the rules of grammar, purification of speech is achieved.

2.2 The signs of progress

The signs of progress from chanting, mentioned in ‘Science of Spirituality : Chapter 9 – Path of Chanting The Lord’s Name (Namasankirtanyoga)’ are applicable to chanting of mantras (mantrajapa) as well. The ultimate progress in this means the blending of the mantra, the act of chanting it and the one chanting it,that is dissolution of their triad. In other words, it is the realisation of non-duality (advait).

‘The Rudrayamal states that a man should not initiate his wife, his children or his brother with a mantra. The Yoginitantra mentions that one should not receive initiation of a mantra from one’s father, maternal grandfather, younger brother and anyone from the enemy’s camp. According to the Sarsangraha, in a good place of pilgrimage, during solar and lunar eclipses and on the full moon day of Shravan (Shravani pournima) of the Hindu lunar calendar one does not need to consider the auspiciousness of the day (tithi), stars, etc. for receiving an initiation. On other days however one has to find an auspicious moment (muhurt) for it.’ (5)

4. Why is it said that ‘A mantra should be kept a secret?’

However, when conversing with other seekers there is no need to keep a mantra or any other spiritual practice a secret as through it everyone is able to learn something. Besides, discussion does not cause any harm. The Gurumantra we were initiated with is ‘Shrirama jai Rama jai jai Rama.’

5. Comparison with other paths of Yoga

5.1 Chanting The Lord’s Name (Namajapa) and chanting a mantra (mantrajapa)

Chanting (japa) is repetition of a letter, word, group of words or a sentence. The following table compares the chanting of The Lord’s Name and that of a mantra.

As spiritual practice the natural state of being in communion with The Lord (sahajavastha) achieved through continuous chanting of The Lord’s Name is the best. Concentration (dharana) and meditation (dhyan) are next to it followed by mere contemplation on various principles from the path of Knowledge (Dnyanyoga) which is inferior. The spiritual practice of chanting a mantra however is inferior to them all.