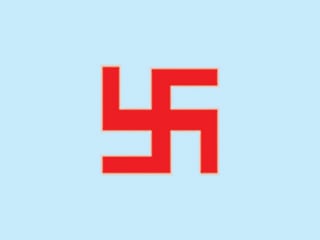 The purpose of the denouncement

Sanatan Vaidik Dharma (Hindu Dharma) which is in existence since the origin of the world, The Holy Scriptures of the Hindus, Deities, methods of ritualistic worship, spirituality are often denigratory commented by others. Some people find these comments truthful, whereas many others feel such comments are venomous; despite of this it becomes impossible to denounce such comments. Some intellectuals and scholars too unknowingly express such thoughts.

1. Incorrect publicity and its denouncement on topic of origin of Dharma, and the time period of its formation

1A. They say that the Dharma-grantha are written in Kaliyug (The era of strife) !

Note- The years mentioned in the brackets represent the time period during which the respective Holy texts were compiled.

In view of historians, all the writers of Smrutis are of Kaliyug; but the essay composer has taken for granted that all of them belong previous to Kaliyug era.

Meaning : All Vedas are root of the Dharma.

Meaning : At the time of origin of the Universe, God has made Hiranyagarbha with various capabilities, and the famous Atman gives Hiranyagarbha various sciences such as Rugved.

1. ‘I surrender to the one who created Brahmadev and gifted him with the Vedas.. This means that the Vedas were in existence even before the origin of the Universe. Lord Shankar says that the entire Universe is evolved from the Vedas. Vedas are the primitive essence of the Universe. If we look at the ancient scientific calculations of Kalpas, then it is 42,03,35,99,994 years since the origin of the Universe. ‘Entire Vedas came into existence before the existence of the Universe’. This is our belief. Maharshi Vyaas has processed the Vedas during last Dwaparyuga, this means He divided Vedas in Rugved, Yajurved, Samved and Atharvaved. The end of Dwaparyug and today’s Kaliyug started approximately 5050 years ago. This proves that the division of Rugved, Yajurved, Samved and Atharvaved took place 5000 years ago.’ – Gurudev Dr. Kateswamiji (1)

2. Vedas on verge of extinction after the cycle of the four yugas and the Saptarishis descend to re-write Vedas : ‘After every cycle of the four yugas, in other words after Satya, Treta, Dwapar and Kaliyug, Vedas come on the verge of extinction. During this time, the Saptarishis descend down and make Vedas again.’ – Vaidacharya (Dr.) Vasant Balaji Athavale, Chembur, Mumbai. (Year 1987)

3. ‘The Vedas till Puranas, all these Holy texts were written again and again in every yuga, hence all of them do not have any time of origin.’ – H.H. Dr. Jayant Athavale

1 B. They say, Yadnyavalkya has composed the addendum after composing the Vedas

‘Yadnyavalkya has composed the addendum after composing the Vedas.’ – Modern

It is untruth that the addendum was composed after the composition of the Vedas; Yadnyavalkya has received the addendum along with the Vedas as grace from the Sun deity: ‘In the Mahabharat, Shantiparva has described this as,

Meaning : Oh’ great Sage Yadnyavalkya, the Vedas will be established in you along with the addendum and rejoinders, and Oh’ great Sage! You will give discourses on the entire Holy texts made for the Brahmins.

Lord Suryanarayan became delighted due to the rigorous penance of Yadnyavalkya and said to him, “Shri Saraswati will enter in your body in form of speech. ‘Then he encouraged Vedvani Saraswati to enter in the body of Yadnyavalkya. At that time Yadnyavalkya opened his mouth. Here it becomes clear that, Yadnyavalkya obtained the Vedas along with its addendums from the Lord Bhaskara. In this way, Yadnyavalkya did the first discourse on ‘Shatpath Brahman’ a Holy text composed of 100 chapters. This event is mentioned in the Mahabharat. Yadnyavalkya obtained 15 branches of Shukra Yajurved only due to the grace of Lord Bhaskar.’ Hence, the ideas such as addendums etc. were composed later is nothing but untruth.
-Gurudev Dr. Kateswamiji (2)

2. Thoughts that give rise to a doubt on the Vedas

2A. The denigratory commentators by raising doubt on the Vedas, display low standards of their own intellect !

‘The Rigved is a huge Holy text, whereas the Shukla Yajurved is a small Holy text.’ – A modern Intellectual

‘These modern people even stretch the time period scales to its limits. This is totally wrong. Ved is one and single, it is Apurushya (not made by any human). Sage Vyas has divided it just for the sake of convenience. Hence there is no room for an idea of superior or inferior; but the denigratory commentators by raising doubt on the Vedas, display low standards of their own intellect!
-Gurudev Dr. Kateswamiji (3)

2B. P.L Deshpande, a creative writer and author gives statements which are treacherous to Dharma !

2. P.L. Deshpande who believes that ‘the Holy Sages have shortcomings’, ironically feel Jyotiba Phule as an exception, this is just his ignorance: Dear P.L. Sir, you give excuse to Jyotiba Phule. On one hand you say, ‘The creative authors such as Manu and the God Himself who has told Gita is susceptible to mistakes or has mistakes’, then how can you excuse Jyotiba Phule who passed away 100 years ago?. You further say, ‘The texts of Jyotiba, can’t be judged for appropriateness and mistakes, and his texts are eternal’, isn’t this your ignorance?’

3. They say, ‘Bharat’ and ‘Mahabharat’ are two different Holy texts !

‘First ‘Bharat’ was compiled, thereafter ‘Mahabharat’ came into existence. Between the time period of these Holy texts, ‘Ramayan’ took place.’ – Western researchers of ancient knowledge and the lousy Indian intellectuals

In the chapter 120 of Adiparva, elaboration on the words ‘Bharat’ and ‘Mahabharat’ is mentioned. The history of the Kauravas and the Pandavas excluding the anecdotes is of 24 thousand verses and the conjugation including the anecdotes and 100000 verses is termed as the ‘Mahabharat’. This is referred in headmaster Anant Damodar Athavale known as Swami Varadanand Bharati’s text, ‘The real view of the Mahabharat’.

In order to gain publicity and fame, the western researchers of ancient knowledge and lousy Indian intellectuals keep aside the truth and use their own brain/intellect to prove something which does not exist While trying to do an autopsy of the truth they just show off their wisdom (actually show off their idiotism).’
-Gurudev Dr. Kateswamiji (5)

4. Inappropriate thoughts in reference to Shrimadbhagwadgita

4A. They say, Shrikrushna has not indoctrinated Arjuna on Kurukshetra

‘Shrimadbhagwadgita was not indoctrinated at the battlefield of the Kurukshetra, and it was told independently.’

‘Self-made theories were imposed by some modern philosophers such as Gandhi, Vinoba, Dr. G. Shri Khair, Dr. Pendse and other doctorate intellectuals; but for them, an excerpt of conversation between ShriKrushna and Arjun taken from the Ashwamedikparva is enough to exhibit the truth.

1. In the Ashwamedikparva of Mahabharata, Arjun says to Shrikrushna, “Oh’ the one with the mighty arms, and son of Devaki, please tell me once again the Knowledge of Gita which you have already told me in the battlefield of Kurukshetra just before the war.” (Ashwamedikaparva, Chapter 16, Verse 5 to 7), Shrikrushna says, ‘Oh Arjuna, the one with the mighty arms, earlier at the time of the war, I indoctrinated you with the same message; therefore you abide-in yourself on that.’ (Ashwamedhikparva, Chapter 51, Verse 49)

2. Gita was indoctrinated on the battlefield; to make it clear, some reference of verses in Gita are mentioned below.

A. Lord Shrikrushna when indoctrinated Gita to Arjuna said, ‘They are no longer our near and dear ones, and they are standing in front of us as enemies to compete with us. In such circumstances, to exhibit dearness for them is idiotism’. Similarly He told Arjun, ‘The only goal of life is to be one with God, along with the various paths to reach Him.’

B. In the Chapter 18, verse 61, Lord Shrikrushna tells Arjun, ‘While you have the presence of God in your body, and at that place you have created your own existence, this is the reason for this doubt. You dissolve your own existence and surrender to me.’ Thereafter the doubts of Arjuna vanished away, and he unconditionally surrendered to Lord Shrikrishna and got ready to fight the war.

This stands as a reference that just before the war, Lord ShriKrushna indoctrinated Arjuna on Gita, this is undoubtedly true as the shining sun. In the event of the war, Gita was told, this is clearly mentioned in the Ashwamedikparva, and this also clearly shows that those who think themselves intellectuals have indulged in such low level denigratory comments.’

4B. Dnyaneshwari inspite being a commentary on Shrimadbhagwadgita, intellectuals decide that it is greater than Gita !

‘This author has raised a resistance/conflict against Ved, Purans, and Gita. Saint Dnyaneshwar Maharaj intensely praised the greatness of Shrutimauli and Puran. His heart is full of gratitude by the gratefulness of Sage Vyas. The articles of this author indicate a treacherous plot to show the Vedas, Puran, and Gita as inferior. Hence the honour of Dnyaneshwar and Dnyaneshwari will not rise but fall. Saint Dnyaneshwar Maharaj advocates the greatness of Lord Shrikrushna and Bhagwadgita in each and every page. Hence in order to uplift the society he made a commentary on Gita. ‘Hence it is not appropriate to say ‘Dnyaneshwari is greater than Bhagwadgita’, and it is a symptom of ignorance. – Gurudev Dr. Kateswamiji (7)

5. Some self-styled denigratory commentators on the Holy texts on Dharma

5A. Self-styled modern intellectual denigratory commentators who define their own meaning

‘In the above verse, ‘‘दुर्गाया गृहीतः करः’, means ‘(The King Harsha) won that part of land and took water from Durga, means ‘Married to Durga.’ – A modern intellectual denigratory commentator

‘The implied meaning of the above verse is that the King Harsha attacked Nepal and won that part of land. Hence, the era of Harsha started at that place. ‘Ironically, in ‘Harshacharitram’ (biography of King Harsha), there is no description of any event where King Harsha has married to a daughter of the Himalayas. Banbhatta further says in his ‘Harshacharitram’, ‘Durgaya means ‘King Harsha went to a beautiful natural landscape which is a difficult terrain with snowy mountaineous region (towards Nepal) and collected taxes. This shows that the modern lousy intellectuals give rise to doubt by blundering the implied meaning.’ (?)

(The values in the brackets are reference numbers.)