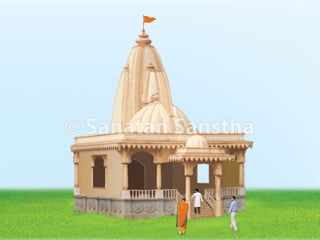 1. The importance of a Devalay (Temple)

A. All the ten directions get charged with Chaitanya (Divine consciousness) because of a Devalay

Since a Devalay is a seat of attraction, emission and distribution of the actual Shakti (Divine Energy), Shakti is constantly attracted towards the Devalay and is also emitted in all directions and because of its movement in the sagun (Materialised) areas, it brings about the purification of the environment and the individual. 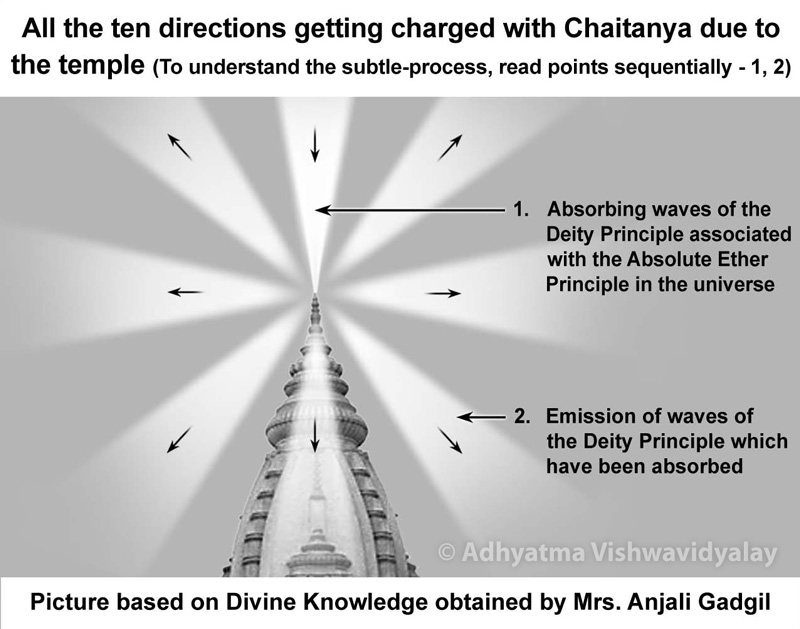 B. During the period of an eclipse, Raja-Tama predominant waves are destroyed at a distance of 5 kilometres from the surface of the earth due to the Hindu Devalays; whereas, these waves are absorbed by prayer houses of some sects

During the period of an eclipse, Raja-Tama predominant waves laden with black energy descend on the earth. Due to the Deity Principle, Chaitanya, sattvikta and the marak-shakti (Destroyer Energy) that is emitting from the Idol of the Deity in Hindu Devalays, these Raja-Tama predominant waves are destroyed at a distance of 5 kilometres from the surface of the earth, thus reducing their ill effects on earth.

2. Importance of having darshan in a Devalay

A. Having darshan in a Devalay amounts to making an effort to move from the sagun (Materialised) to the nirgun ̣̣(Non-materialised):

B. The process of having darshan in a Devalay accomplishes vyashti (Individual spiritual practice that benefits only the seeker undertaking it) and samashti sadhana (Spiritual practice for the spread of Spirituality) :