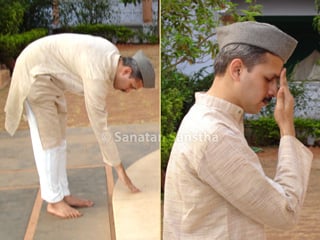 1. Visiting a Hindu temple – How should we climb

the steps of a Devalay (Temple)? 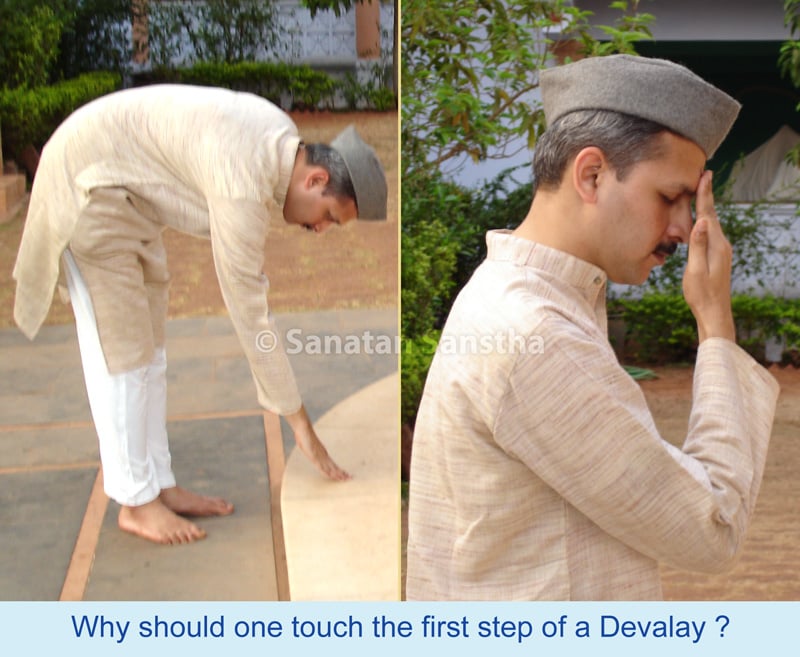 ‘Devalay’ is an abode of God, meaning, the actual existence of God. By going to a Devalay our wishes are accepted by God and we experience mental peace. With this faith, the devotees visit a Devalay. It is said that, God is present where there is bhav (Spiritual emotion). It does not matter which way a staunch devotee with bhav has darshan (View of the Deity), he still experiences God’s grace; however, an ordinary devotee does not have as much bhav and hence, it is imperative that he has darshan in a spiritually correct manner. Our shastras (scriptures) provide us with knowledge, through which we can incorporate simple acts while visiting a Devalay in order to have maximum benefit of the darshan.

If there are steps at the entrance of the Devalay, Namaskar should be done to each step while climbing up. Namaskar to a step can be done by touching a step with the fingers of the right hand and then, placing the same hand at the Adnya-chakra (Sixth centre or chakra in the spiritual energy system; located in the mid-brow region in the subtle-body). This amounts to Namaskar to the Chaitanya (Divine consciousness) of the Chaitanya-bhumi (Chaitanya endowed land) of the Devalay. It activates the Chaitanya in the land and provides benefit to the individual. It also helps in destroying the Raja-Tama particles present on the body of the individual. Also, the steps are a link that takes the individual from duality to God, meaning, non-duality. 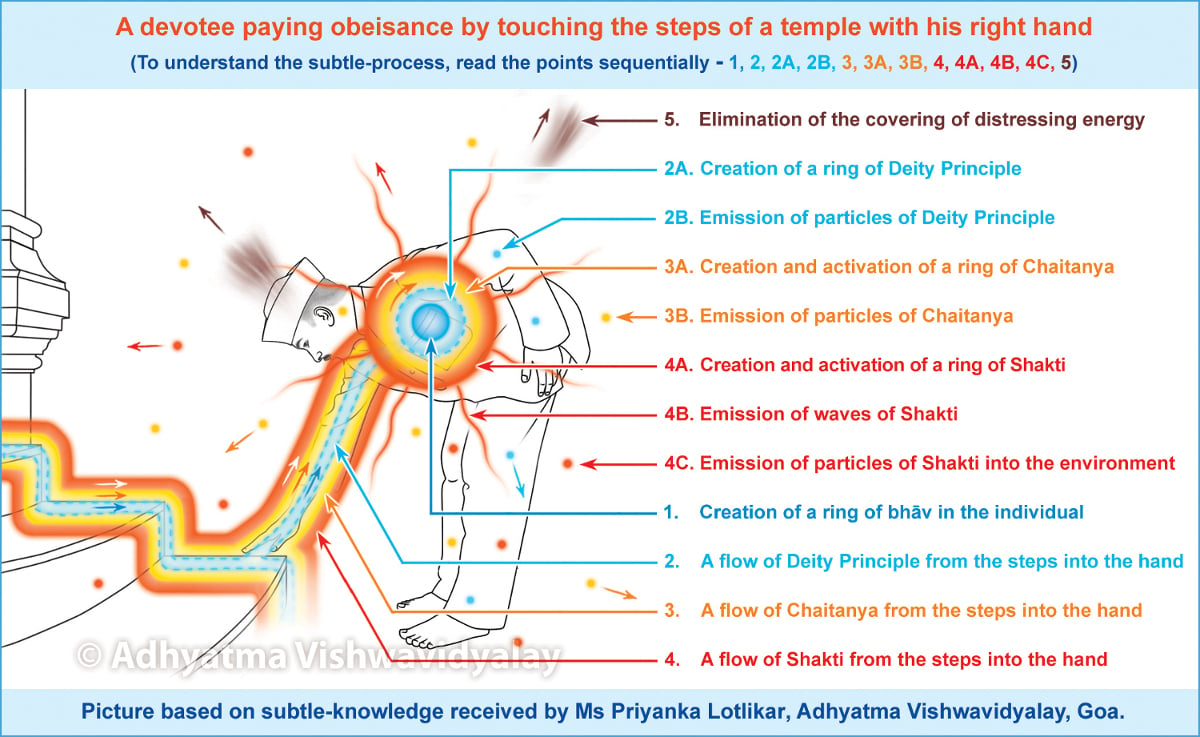 2.Visiting a Hindu temple – Importance of touching each step of a Devalay

A devotee paying obeisance by touching the steps of a Devalay with his right hand and then touching the Adnya-chakra with the same hand. 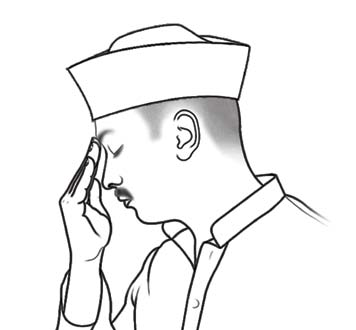 3.Visiting a Hindu temple – Benefits of touching the steps of a Devalay with the 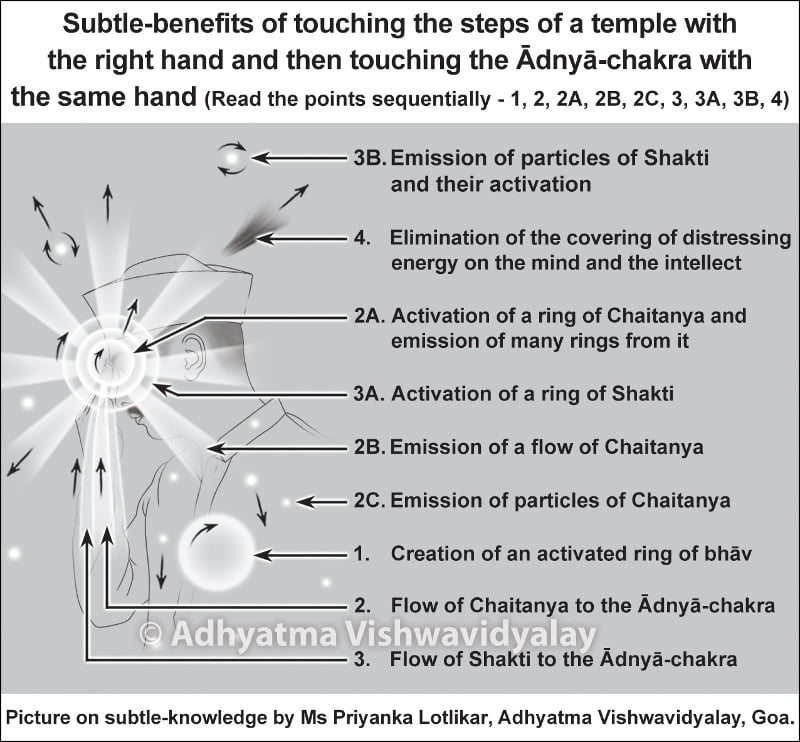 B. Is it correct to do Namaskar to the steps with only one hand ?

Doing Namaskar to a step, while climbing the steps of a Devalay is a sattvik (Sattva-predominant) action that should be performed within a short time, while simultaneously balancing oneself. Climbing the steps is a Rajasik (Raja-predominant) movement, resulting in activation of the Raja component in the body of the individual. Touching the steps with one hand, that is, with the fingers of the right hand leads to transmission of sattvik and calm waves of the Chaitanya-bhumi into the body through the fingers. This, in a way, amounts to keeping under control the Raja component in the body of the individual through the medium of Surya-naḍi, meaning, the momentary fulfilment of the duty of the Surya-naḍi. Through this process, the individual is taught to make use of the Raja component for enhancing the sattvikta. Hence, the relevant actions become appropriate at the respective level.