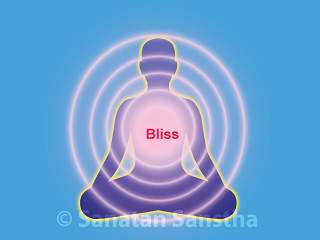 Happiness, which is everlasting and has supreme quality, is called Anand (Bliss). Since most people do not know how to attain Anand (Bliss), each one tries to acquire atleast temporary happiness through the five senses, mind and intellect. However, Anand (Bliss) is present within us only. When we perform sadhana (Spiritual practice), we experience Anand. When the waves of Anand are generated in the body, Anand is experienced throughout the body. After experiencing the Anand within, we experience Anand in every creation of God. Anand is the basic nature of the individual and the universe. Hence, the inclination of an individual is to move towards its basic nature, that is, to obtain Anand and after reaching its basic nature retain that state of Anand. 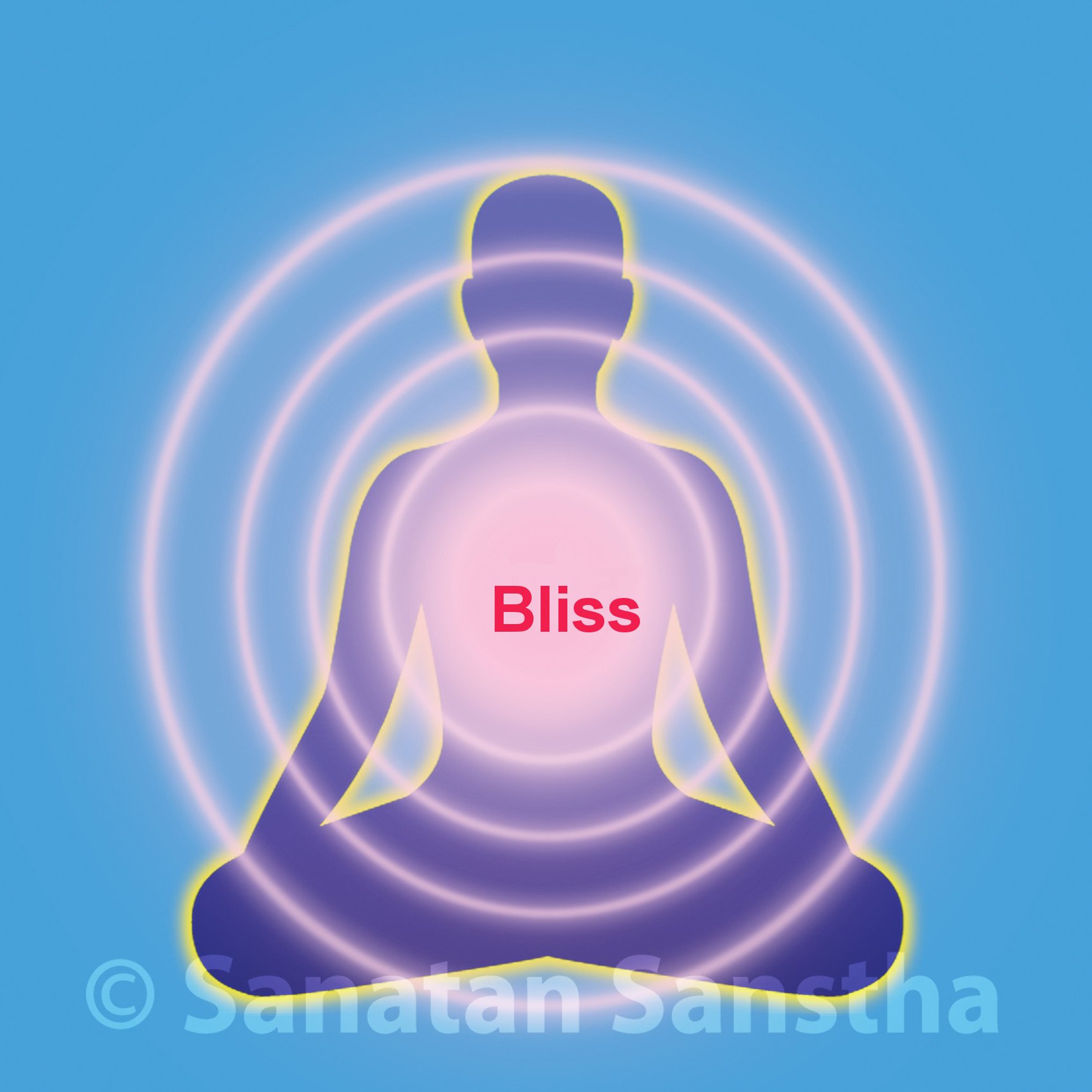 2. Difference between happiness and Ānand

Each of us has experienced happiness at sometimes or the other. Since the experience is obtained through the medium of the five senses, mind and intellect, we can comprehend its definition. Contrary to this, since most of us have not experienced Ānand and since many are not even aware that there may be something to experience beyond the five senses, mind and intellect, most people find it difficult to understand the definition of Ānand. Just as one blind since birth will find it difficult to accept the fact that the world is visible or a child will not be able to understand the meaning of sexuality, no matter how hard one tries to explain it, so also it is difficult to explain the meaning of Ānand. It cannot be expressed in words but has to be experienced.

However, for the purpose of explaining the meaning of happiness and Ānand, let us use a gold bracelet as an example. The pleasant sensation that one gets from an object without form, that is, the gold used for making a bracelet, in this case is termed as Ānand; while that obtained from an object with form, that is, the bracelet, is called happiness. In reality, we get only happiness from gold, but since we could not find a better example to explain this concept, we have used this example.

Comparison of Happiness and Anand (Bliss)

Ānand is not the neutral point between happiness and unhappiness, but lies beyond them. Ānand begins where expectation of happiness ends.

Following methods will help us understand the value of that which is eternal.