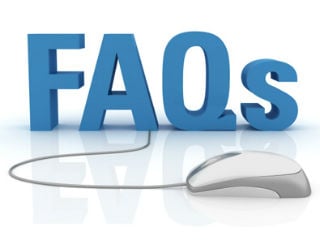 Every day of Diwali represents the conquest of good over evil, piousness over immorality and virtue over vice. In this article, let us try to understand the spiritual science underlying the rituals performed during Diwali. This article also answers the frequently asked Questions about Diwali.

1. Why do we light earthen lamps during Diwali?

The flame of the lamp has the destroyer principle (mārak tattva) which destroys the negative vibrations in the atmosphere. Due to lighting lamps throughout the house, a subtle Divine protective sheath of circular waves of the absolute fire principle (Tēj tattva) emanating from the lamps is formed all around the house. The protective sheath created by the lit lamps cleanses the house at the spiritual level and destroys all negative energies inside the house.

2. Is it necessary to light lamps inside as well as outside all around the house?

It is not necessary to light lamps inside, outside and all around the house. If the house has a front and back door then two lamps should be placed outside on both sides of each door. When we enter the house, the negative vibrations also enter the house through the doors. Due to placing the lamps on both sides of the door, these negative vibrations are destroyed by the destroyer (Mārak) absolute fire principle (Tēj tattva) of the lamps.

As the absolute fire principle of the lamps spreads rapidly in the surroundings, the house as well as the atmosphere outside the house also gets cleansed by these lamps. Therefore, it is not necessary to light more lamps outside the house.

In some cases, one may not able to light lamps inside or outside the house due to some of the following reasons –

When there are such conditions, then one can light the lamps inside the house near the altar. One can have bhāv (spiritual emotion) that one is performing the rituals as mentioned in the Scriptures.

3. Why lighting lamps in the evening is beneficial than after doing the puja?

4. Why one should bathe early in the morning (bramha-muhurt) during Diwali?

As the mind is stable during the early morning hours (bramha-muhurt), one can easily imbibe the impressions of purity, piety and innocence by taking a bath at this time. As a result the nature of the individual becomes spiritually pure (Sattvik).

Ability to attract and absorb the Divine principle is greatly enhanced

At bramha-muhurt the Divine waves of Deities are more active on the earth. The Deities principles are attracted towards the embodied soul by the act of taking a bath at that time. Hence, with the help of the gross and subtle impressions created through the bath, the embodied soul is able to receive maximum amount of Divine consciousness (Chaitanya) and Deities’ principles being emitted at bramha-muhurt.

5. Why lighting candles instead of oil lamps is not suitable during Diwali?

In today’s modern society, since many people do not understand the importance of earthen lamps; they succumb to the desire for fame and competition, deviate from the Divine norms of spiritual science and light various different kinds of candles. Following are the consequences of lighting candles during Diwali

As the candle is Tama-Raja predominant, the light of a candle attracts distressing negative energies from the atmosphere. Also, the subtle smell of a candle has the capacity to attract sorcerers from the seventh region of hell. As candle light attracts distressing vibrations, it also acts as a medium of further propagating these negative vibrations in the environment. Therefore, it is incorrect to light candles during Diwali.

Form of the candle and its capacity to attract distressing elements

Along with the usual pillar candle, there are various shapes and forms of candles available today. They all have the potential to attract tremendous amount of distressing elements. These energies take advantage of the shape and form of the candle and further induce and propagate themselves in the environment. Thus, spaces that are originally not impacted by negative energies become plagued by them, through the candles.

Similar principles apply when we use electrical lights instead of the oil lamps. Hence, to obtain maximum spiritual benefits, it is important to use oil lamps instead of any other type of lamps.

6. Spiritual perspective about building a fort during Diwali

A fort is a manifest consolidation of the subtle energy separating us and God. Through the process of building a fort, the mind and intellect of the individual gets Divine Energy. The fort also acts as a Divine reserve of the absolute subtle energy that both the embodied soul and the society draw upon.

Why kids build the fort?

It is said that kids are a form of God; because their minds are pure, pious and have not yet accumulated gross impressions of this world. The embodied soul that has just taken birth has the maximum proportion of the Divine principle. The soul is more awakened in the newborn stage and hence it controls the actions more than any other subtle sheath (kosh). Because of this, kids cry or throw tantrums when they are in places that have negative energy problems, whereas they are peaceful or in bliss when the atmosphere is positive. Till 4-5 years of age this state is retained up to 30%. Till 10-11 years of age this state is retained up to 10%. After this age, the intellect is awakened and the Divinity is further diluted. The embodied soul starts acting as per his own intellect. However, till 11 years of age, the young embodied soul (jīva) has God-like innocence as the actions are controlled by the soul (jīvātmā).

Kids represent the Divine principle and have the capability to absorb energy from positive and creative universal forces. Therefore it is said that “kids are a reflection of God.” Because of this if kids build the fort, it emits Divine consciousness (chaitanya).

Why are forts built outside the house?

A house is a symbolic representation of God’s Divine Kingdom: therefore, building a fort in front of the house is like a putting up a defensive barrier that is representative of the protective aspect of the absolute Divine principle.
A fort also represents a reservoir of evil admonishing, warrior-spirit energy; which is one of the aspects of God’s Divine destroyer energy. When a fort is built outside of a house it is a complete symbolic representation of God’s Divine principle through the basic law of spiritual science; word, touch, form, taste, smell and its associated energy, coexist. Due to this, people living inside such a house get the capacity to absorb and retain God’s protective energy within them.

When the fort is built near the house, it acts like a conductor of the secondary absolute fire principle waves. These waves develop a protective sheath enveloping the entire house thus preventing negative energies from entering the house.

A house also represents and signifies prosperity. When a fort is built outside of the house and an idol of a person such as Chhatrapati Shivaji Mahārāj, who represents the Divine warrior-spirit energy, is established over the fort, it establishes a Divine unity that protects the house and members of the household. (Just like a house, whenever a nation is attacked, its wealth, both material and spiritual, starts to decline).

How does a fort protect the house?

During the four months, Āshādha, Shrāvan, Bhādrapad and Ashwin (Chaturmas) of the Hindu lunar calendar, since the protective absolute fire principle is less prevalent, negative energies slowly start becoming more and more dominant. By the time of Diwali these energies become more aggressive and troublesome. The forts, built during Diwali, act as storehouses of the destroyer energy, diluting the effects and attacks of the negative energies by forming a Divine protective circle of the destroyer energy outside of the house itself.

7. Why Amavasya falling on Lakshmipujan is not considered inauspicious?

Amavasya (New moon day or no moon day) is considered as inauspicious because on this day, the dark side of the moon faces Earth, as a result, there is heightened Raja-Tama in the atmosphere. The negative energies are Raja-Tama predominant; hence they take advantage of the heightened Raja-Tama, and affect the humans at mind level.

In Hindu Dharma, people refer to panchāng to find out an auspicious day and time for their positive activities such as weddings, buying properties, etc. These kinds of activities are never done on Amavasya (New moon day or no moon day).

Contrary to this, during Diwāli, since Amavasya coincides with the Lakshmipujan, it is not considered inauspicious. On this day, the Divine Principle of Goddess Lakshmi is most active than on any other day. When we worship Goddess Lakshmi during Lakshmipujan, our bhāv(spiritual emotion) gets awakened. This activates the mārak tattva (Destroyer aspect of God) of Goddess Lakshmi and the heightened Raja-Tama components in the atmosphere get destroyed.

After midnight on Amavasya, Goddess Lakshmi wanders in the universe, looks out for a pure man and woman and lives in their house.

Even though we perform Lakshmipujan on Amavasya, this day is not considered auspicious for any other activity such as weddings, etc.