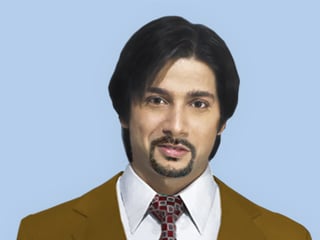 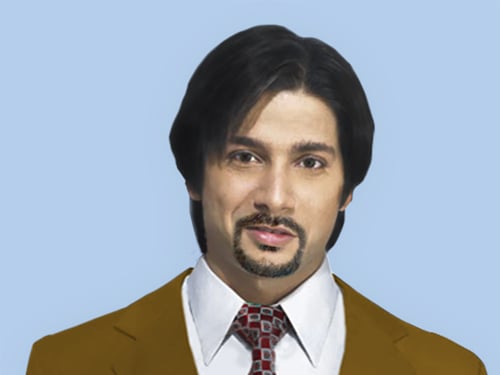 Men are generally associated with having short hair. Even when children draw men in their drawing books they always have short hair. It is common nowadays for men to grow long hair. We see that trend mainly in male pop or rock band members who love swinging their long hair and people blindly copy them. There are different styles of keeping beard as well, where they are trimmed marginally or styles are made out of them, the most common being keeping a stubble or circle beards. The youngsters prefer goatees. Probably it looks trendy on faces, but if we go deep and think about the spiritual aspects, it is just the opposite of what we think. Let us find out what happens in the spiritual realm when we grow beards. Let us find out from this article, why should men continue to maintain short hair and why unlike women, long hair is detrimental for men.

1. Why men should not have long hair ?

Masculinity means solemnity in the form of righteousness; whereas, femininity denotes the swiftness in the form of Shakti (Divine Energy) functional due to the Raja component. Man symbolizes Shiv (God Principle) form. Being Shiv form means being introvert. In introversion, the proportion of inactive Shakti is greater; meaning, in this state, the proportion of function of emission is greater. Man inherently possesses lesser Raja component when compared with a woman. Hindu Dharma advocates performance of acts complementary to developing the Shiv Principle in the self, meaning, masculinity and hence, refrains from growing hair long.

A. Growing of hair by an average individual and that by an Ascetic

B. Subtle-effects of keeping long hair by men

C. Subtle-benefits of keeping long hair by an Ascetic

Due to the emission of waves associated with the Tejtattva from the hair, a protective sheath is created around the body and the individual is protected from negative energies. Due to long hair, the Ascetic’s body is protected, and this decreases the danger of negative energies interfering in his spiritual practice. As this helps in creation of a sense of detachment or renunciation in his mind, it becomes possible for him to attain spiritual upliftment in shorter time.

2. Why should nails, hair, beard and moustache not be allowed to grow ?

A. Negative energies in the atmosphere re-enter the body

All these components have Raja-Tama-predominant frictional vibrations; so also, these components greatly attract Raja-Tama predominant waves from the atmosphere and congregate them in the self. Due to constant contact of these vibrations with the body, the distressing waves keep spreading in the body, and the body gets charged with Raja-Tama-predominant waves. As a result, possibility of negative energies in the atmosphere re-entering the body increases.

B. Individual has to go to the third level of Patal (Hell region) due to emission of Raja-Tama-predominant waves into the atmosphere

C. Beard or no beard depends upon whether the constitution of the individual’s body is sattvik or not, and if the individual suffers from distress due to negative energies or not

Fondling a beard : Many individuals have a habit of fondling their beard. Kings of a foreign race invariably kept a beard. Many a times, they would take important administrative decisions while fondling their beard. Negative energies that manifest in seekers are also found to fondle their beards. In doing so, Raja-Tama-predominant waves that have congregated in the beard are activated, and by emitting maximum distressing vibrations into the environment through the tips of hair of the beard, they pollute the atmosphere. Such an atmosphere is complementary for the negative energies to carry on with their activities.

Through the matted hair on the head and hair of beard of Sages and Seers, sattvik (Sattva-predominant) waves are emitted into the atmosphere: In Satyayug, meaning, during the Puranic Era, the basic nature of Sages and Seers was completely dissolved, and on the strength of their penance, their attitude was purified, meaning, it had become sattvik. Hence, only sattvik waves were emitted into the atmosphere through their matted hair and beard. This helped in keeping the atmosphere pure. This clarifies beard or no beard depends upon whether the constitution of the body is sattvik or not, and whether or not the individual suffers from distress due to negative energies.