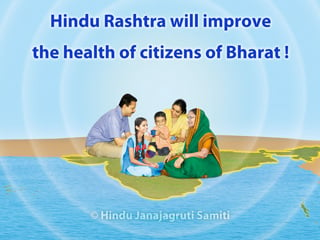 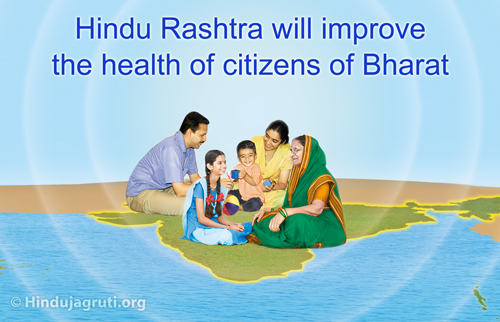 Currently the system of healthcare in India is in shambles. Problems include concentration of doctors in urban areas, reservation of seats in medical colleges and allied healthcare for backward classes resulting in incompetent doctors, nurses, technicians, non-availability of primary health care in rural areas, no uniform health schemes for the country, no regulation of health insurance, inadequate budget allocated for health care and inadequate facilities and equipment in Government Hospitals to name a few.

Most Government hospitals have insufficient staff, scarcity of medicines etc., due to which patients do not want to go there; whereas, treatment in private hospitals is too expensive – the cost of medicines too is high and common man cannot afford them. As a result, to most patients, sickness is a huge financial burden. In many developed countries, it is the duty of the Government to provide healthcare to every citizen. The medical expenses of citizens are borne by the Government. The current Bharatiya rulers, who boast of making Bharat a super-power, have done nothing to shoulder such a responsibility.

3. Inadequate financial provision for healthcare in

India of its citizens – Government’s ‘care a damn’ attitude

According to a report published by USA-based ‘International Food Policy Research Institute’ in 2011, 25% Bharatiyas living in India are deprived of basic health care facilities. The survey was conducted in 175 countries from the perspective of complete health care. India stands 171st, meaning, fourth from the bottom. Our rulers are oblivious to the fact that only a healthy country treads the path of development; hence, the pathetic state of Bharat.

4. Ignorance of the rulers towards

the life and health of the Nation’s future generation

4A. Increase in child mortality rate

A UN report says that there were 16 lakh 55 thousand child deaths in Bharat during 2011.

In 2012, Bharat ranked 2nd on the World Bank’s list of countries with undernourished children. In Bharat, 47% children do not get even a basic diet. While efforts are being made all over the world to supply nutritional food, 25 lakh people die each year due to scarcity of food in Bharat (Daily ‘Agrowon’, 8.6.2012). A recent report of the research of scientists at Harvard and Michigan Universities says that though Bharat is progressing economically, Bharatiya Government has not been able to solve the problem of undernourishment. Bharatiya Government needs to make direct investment in health, health-related programs and food-grains. It implies that the Bharatiya Government is not keen on fulfilling the basic needs of the people.

5. Harmful effects of not imparting

education on values and Dharma by the rulers

5A. ‘Female foeticide’ on the rise

In 2011, over 1 million female foetus’ were aborted in Bharat, making it the leading country in such abortions.

The Government of India estimates that about 2.40 million Indians are living with HIV with an adult prevalence of 0.31% (2009). Children As per the report of United Nations, Bharat ranks second after South Africa among countries with AIDS infected youth.

6. The harmful effects of Rulers not

teaching schools, that ‘Addiction is against Dharma’

6A. Tobacco-chewing and smoking – An open invitation to death

6B. Increased consumption of alcohol in adolescents

According to a survey by ‘Community against drunken driving’ in New Delhi University, 33% boys and 28% girls consume alcohol 10 to 12 times a month. Many of them are below 18 years in age. Of the 120 crore population of Bharat, at least 6 crore consume alcohol.

Appointing a Health Minister on one hand to overcome addiction related problems, and on the other hand allowing bars to remain open till 5 a.m. on 1st January to make more money is demonstrative of the dual standards found only in Bharat.

In the ‘Hindu Nation’, it will be the responsibility of the rulers to protect the health of its citizens.

Source: Publication – ‘What is the Need for a Hindu Nation ?’, published by Sanatan Sanstha.