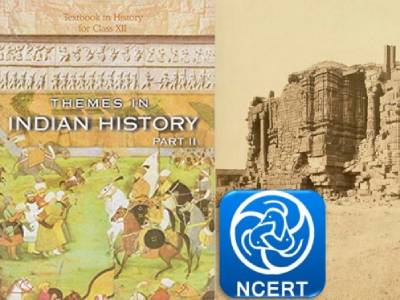 The NCERT (National Council of Educational Research and Training) has said that it has no evidence to prove that Mughal emperors had rebuilt temples destroyed in wars, even when it claims the same in its history textbook. This was revealed in an RTI application seeking evidence for the claim made in the textbook.

This is incredibly damning evidence. pic.twitter.com/vF66qwbpSx

The RTI application filed by one Shivank Verma had sought details regarding information in the book ‘Themes of Indian History (Part II)’ for class XII. On page 234 of the history textbook, it says, “All Mughal emperors gave grants to support the building and maintenance of places of worship. Even when temples were destroyed during war, grants were later issued for their repair – as we know from the reigns of Shah Jahan and Aurangzeb.” 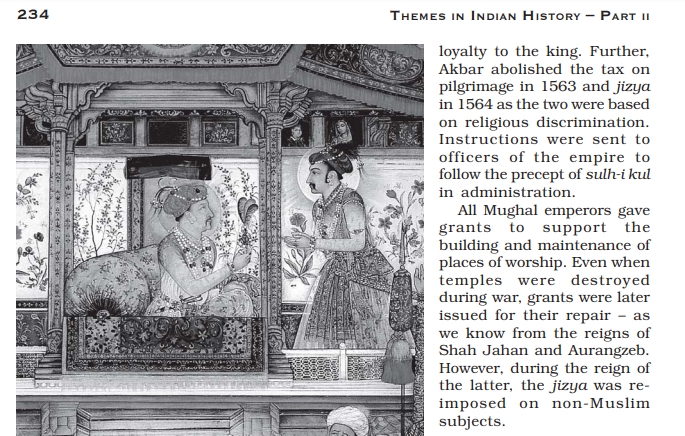 The chapter labels the Mughal empire as “a unifying force”, quoting Abu’l Fazl, Mughal chronicler and author of Akbarnama. It mentions how Akbar had abolished the jizya, and people from various religions and ethnicities were given awards and positions in the Mughal empire. However, in the paragraph claiming that the Mughal rulers had rebuilt temples after demolishing them, no source is given.

Therefore, an application was filed under the Rights to Information Act seeking the evidence of the claim made in the NCERT textbook. The petitioner had sought two details, regarding the claim, first, the source from which NCERT concluded that Mughals had issued grants for rebuilding temples destroyed in war during the regime of Shah Jahan and Aurangzeb, and second, the number of temples repaired by Aurangzeb and Shah Jahan.

As reply to the petition, NCERT said that it does not have any information regarding the claim it made in the textbook. The reply to both the queries were “The information is not available on the files of the Department. The reply was furnished by professor Gouri Srivastava, head of the Department of Education in Social Sciences and also the Public Information Officer. 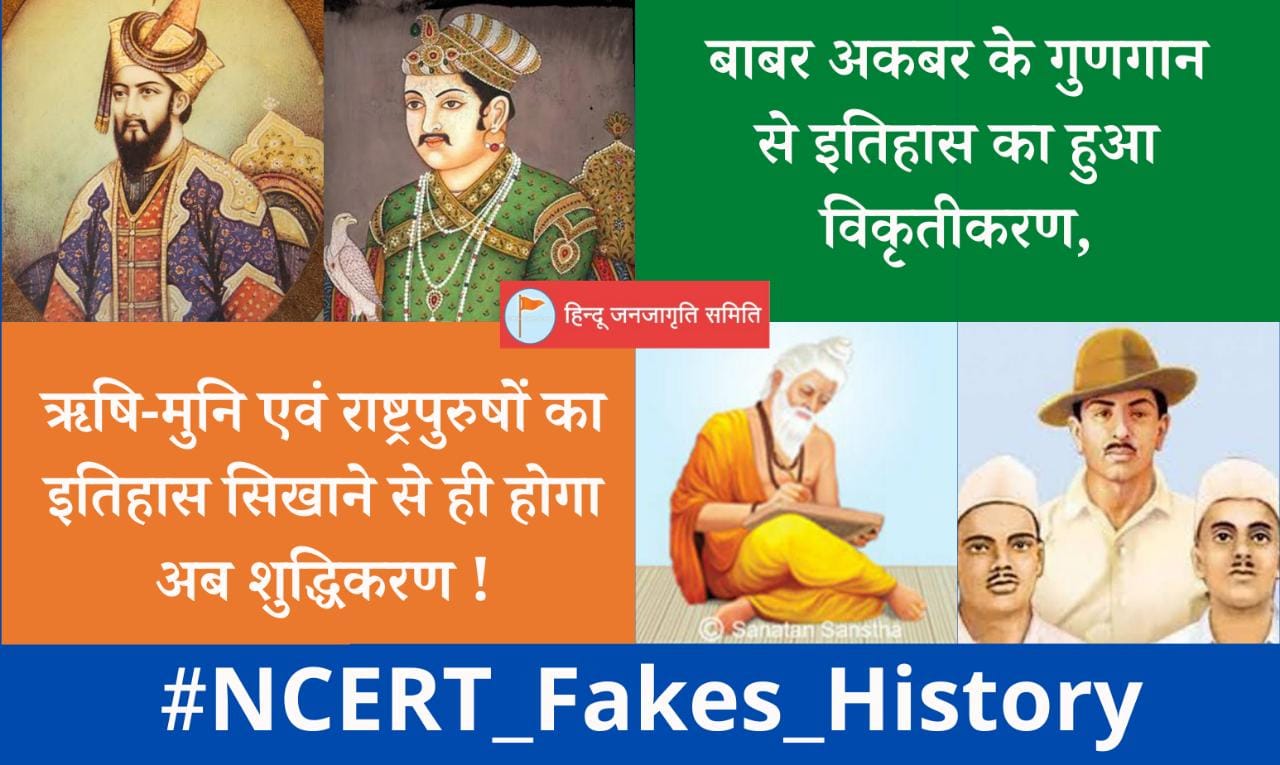 An NCERT history textbook claims that ‘.. when temples were destroyed during war, grants were later issued for their repair… from the reigns of Shah Jahan and Aurangzeb’. When a person filed an RTI application questioning the sources for these claims, NCERT replied with ‘it has nothing to corroborate the claim as this information is not available on the files of the department’. This is not the first time that claims in NCERT textbooks have been found to be baseless. 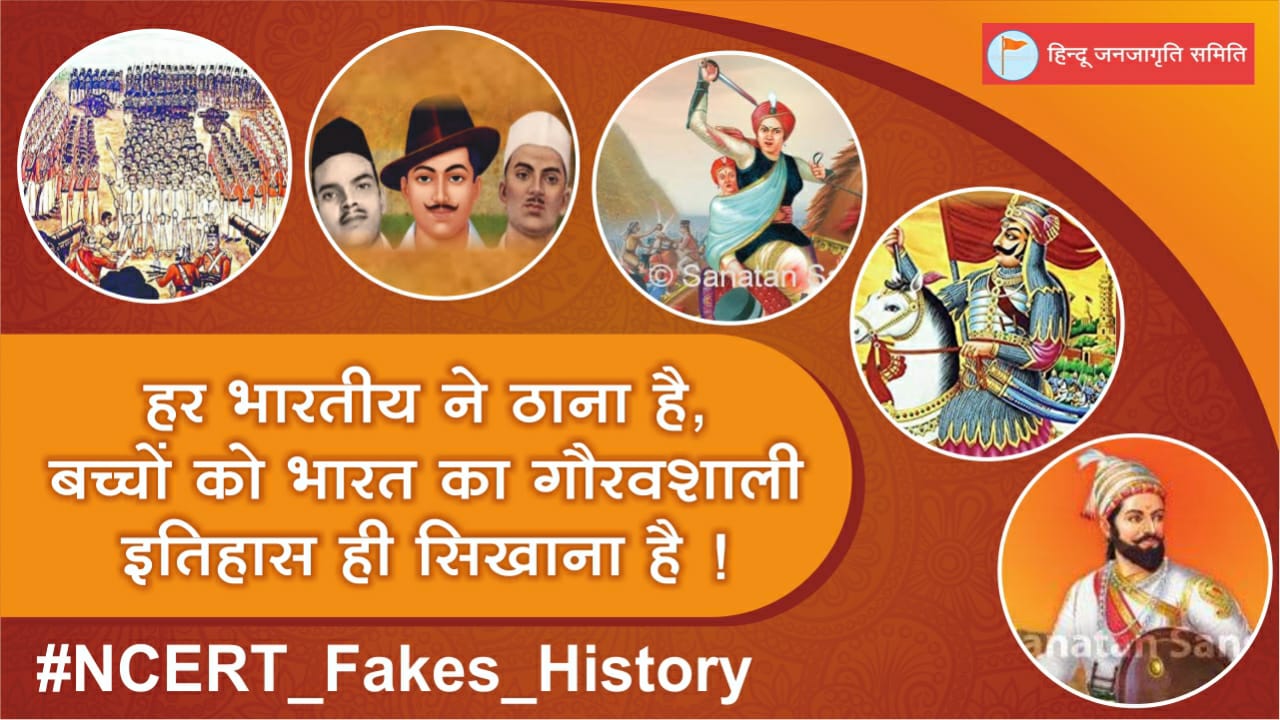 Hindus took to Twitter to express their outrage against NCERT, who has indulged in fake glorification of jihadi invaders like Mughals while ignoring true Indian heroes and kings like Shivaji Maharaj, Maharana Pratap etc. More than 25,000 tweets were tweeted with the hashtag #NCERT_Fakes_History, which became one of the top 10 national trends in India on Twitter. The trend was on 3rd spot for few hours.

The @NCERT has said that it has no evidence to prove that Mughal emperors had rebuilt temples destroyed in wars, even when it claims the same in its history textbook. It was revealed in an RTI application seeking evidence for the claim made in the textbook.#NCERT_Fakes_History pic.twitter.com/1RIBfrbCeM

Now @ncert is in news and again for wrong reason – distortion of Indian history with ignoring India's real heroes and glorifying cruel jihadi invaders like Mughals !