* This section is still under updation

The curriculum of NCERT is often riddled with controversies. Either the great revolutionaries like Bhagat Singh are insulted by referring to them as ‘terrorists’ or a distorted history is taught. Out of the 154 pages of the history text book of 7th standard, most of the pages have been dedicated to the information on Mughals and other Muslim kings who had invaded Hindustan, whereas the history of Chhatrapati Shivaji Maharaj who fought the foreign Mughal aggressors and established Hindu state was concluded in just 4 lines. We are giving here the examples from the textbook to make ther topic clear. Not only this, the books contains pictures of kings of 16th century like Babar, Akbar etc. but there is not a single picture of Chhatrapati Shivaji Maharaj who ruled in the 17th century. 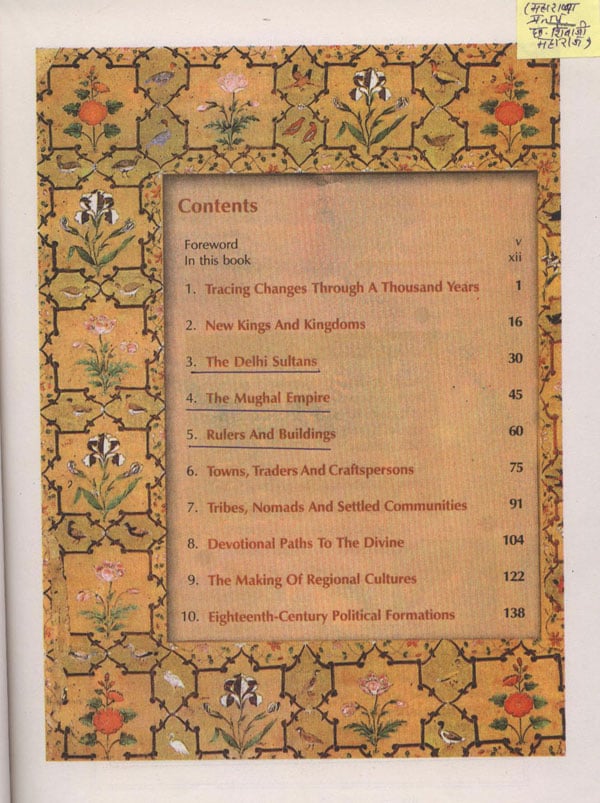 No Mention of Shivaji Maharaj in Index page. 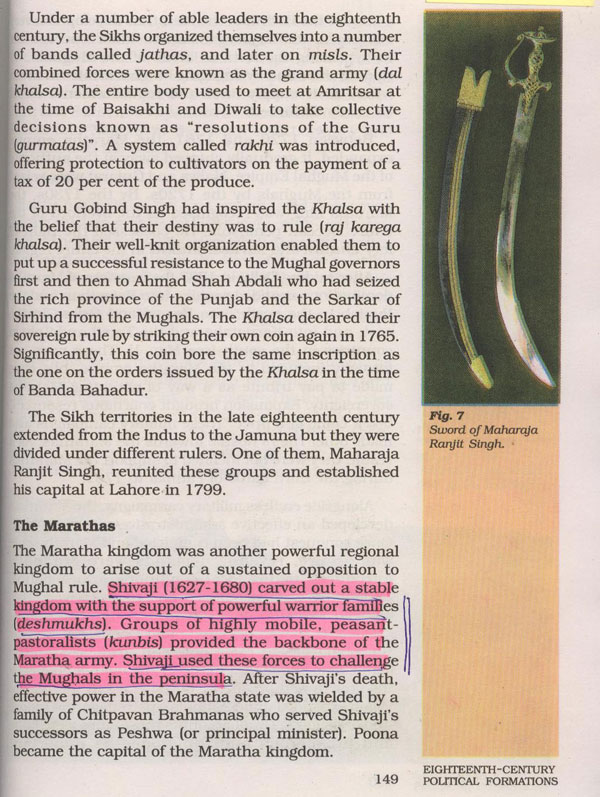 Only 5 lines on Chattrapati Shivaji Maharaj 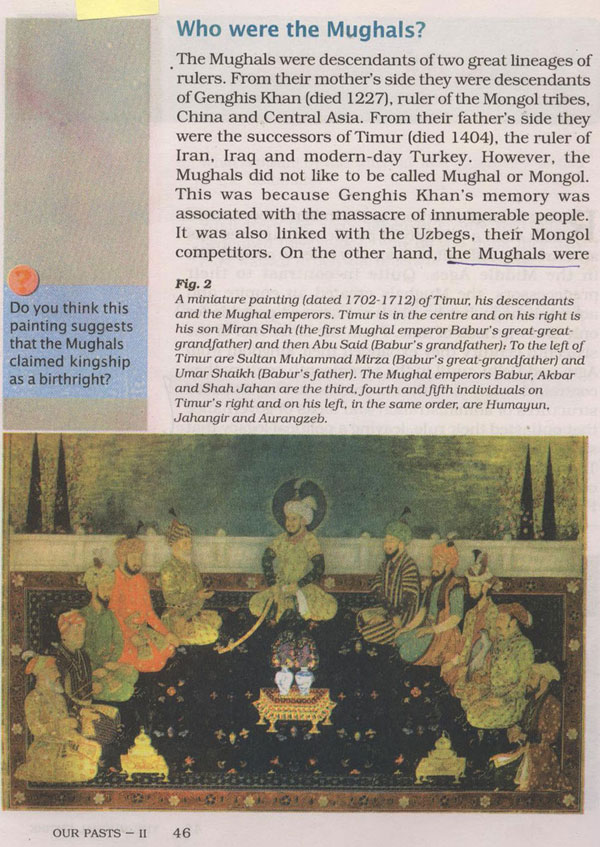 No mention of Mughals as invaders 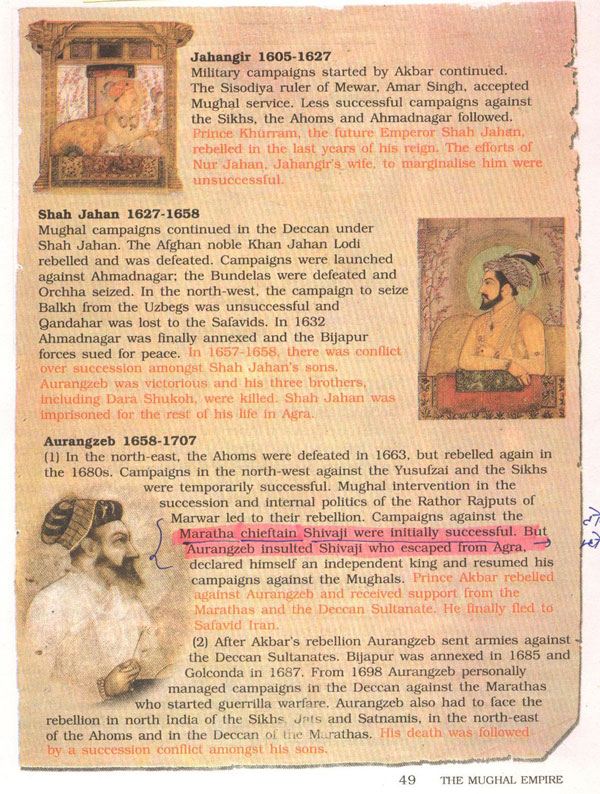 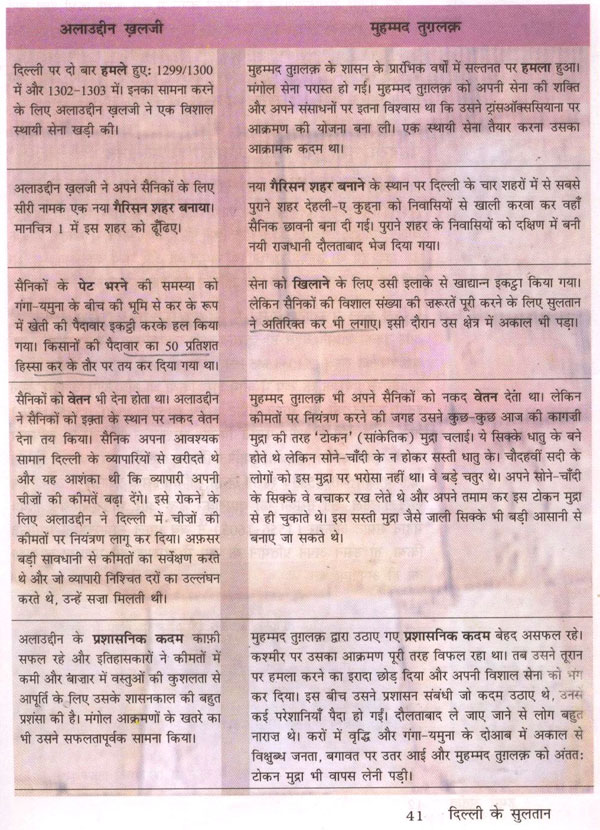 Comparison between Khilji and Tughalak 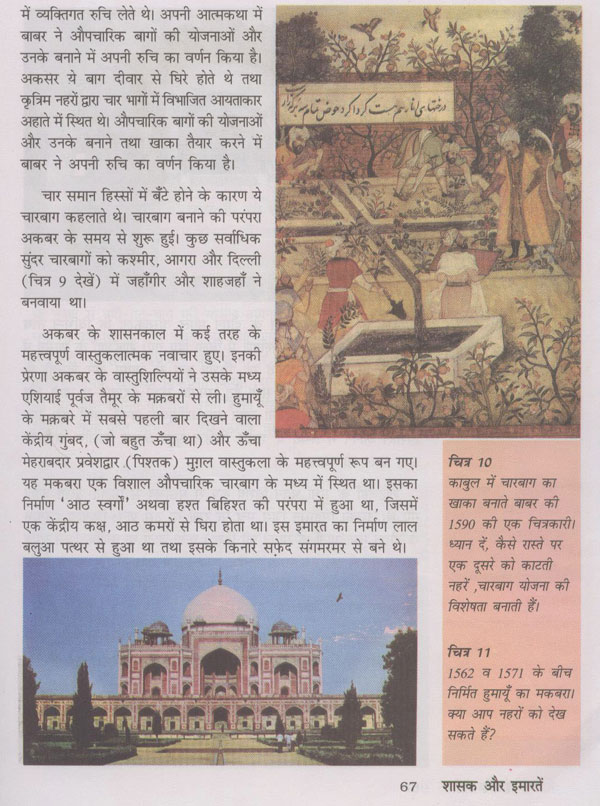 Some objectionable mistakes from Std 7 th book ‘Our Past – 2’

Goa Education Board has published a ‘History’ book for 10th standard based on the curriculum prepared by National Committee for Educational Research and Training (NCERT). NCERT is known for its anti-Hindu and anti-national stance and its practice of distorting history. Such distorted history is being circulated by NCERT through the curriculum devised by it all over the country. The book with curriculum devised by NCERT has also been subscribed for CBSE schools in Karnataka and all over the country.

Hindu Janajagruti Samiti (HJS) has, therefore, began agitations against NCERT and is appealing to one and all for joining these agitations. 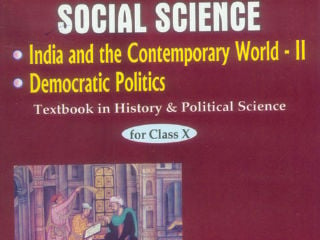 Article on controversial matter in std. 7 th NCERT book Beware parents! The textbooks of Centre’s NCERT teach distorted history! Author: Shri Ramesh Shinde, Spokesperson, Maharashtra State, Hindu Janajagruti Samiti In the school curriculum of students the subject of history is such that it is of hardly any use to them in their higher studies … Read more 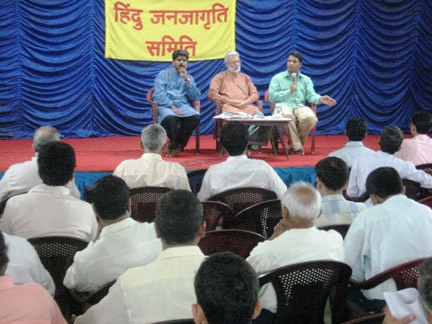