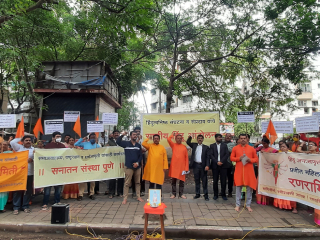 A ‘Hindu Rashtra-jagruti Andolan’ was held on 20th August against this bias on behalf of all devout Hindu organisations in Pune against ‘Maharashtra Pollution Control Board’. Read more » 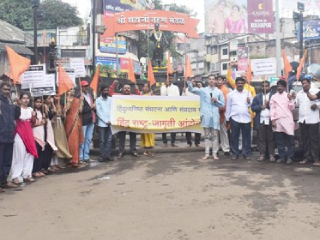 Pollution Control Board maintains silence during festivals of other religions. This is sheer religious bias of the pollution Board. Raju Yadav was addressing the Hindus protesting in the Hindu Rashtra Jagruti Andolan organised by Hindu organisations at Chhatrapati Shivaji Maharaj Chowk in Kolhapur. Read more » 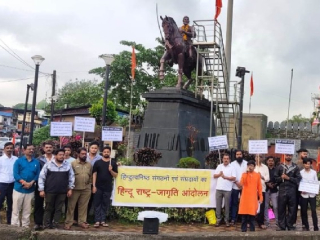 A protest was staged in front of the Chhatrapati Shivaji Maharaj  monument at Shilphata, Khopoli by the Hindu Janajagruti Samiti (HJS) on 20th August against killings of Hindus, jihadi attacks, and religious bias of the Maharashtra Pollution Control Board. Read more » 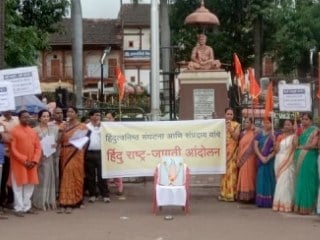 Maharastra Pollution Control Board has filed 230 cases of ‘pollution’ during Hindu festivals like Dahihandi, Ganeshotsav and Navratrotsav between 2015 and 2021; whereas only 22 cases have been filed against Muslims in the same period. This came to light through ‘Right to Information’ act. Read more » 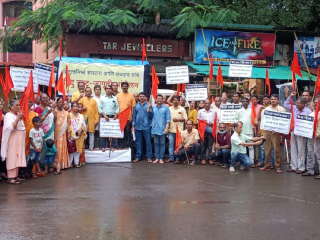 A Hindu Rashtra Jagruti Andolan was held near the Old Bus Depot near Chhatrapati Shivaji Maharaj Ground here to demand action against jihadis for killing Hindus, and a ban on organizations like Popular Front of India (PFI) and Social Democratic Party of India (SDPI) for assisting such jihadis. Read more » 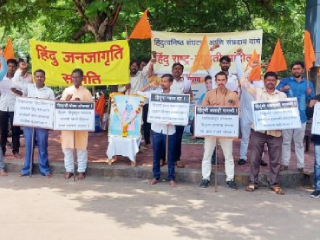 A Hindu Rashtra-jagruti Andolan was held on 17th August, 2022 near the Jilha Parishad Punam Gate here. Thereafter a memorandum with the demands was given to the resident Deputy District Collector Shama Pawar. Read more » 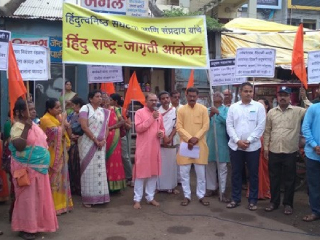 Maharashtra Pollution Control Board Sound ignores the pollution caused by loudspeakers on mosques 5 times in a day, but raises hue and cry on Hindu festivals. ‘Hindu Rashtra Jagruti Andolan’ organised by Hindu organisations at the Maruti Chowk in Sangli (Maharashtra). Read more » 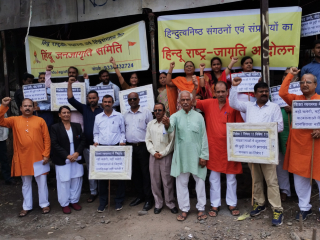 A ‘Hindu Rashtra-jagruti Andolan’ was held at Randhir Verma Chowk in Hirapur with various demands. A memorandum was given to the Deputy District Development Commissioner in Bokaro. Read more » 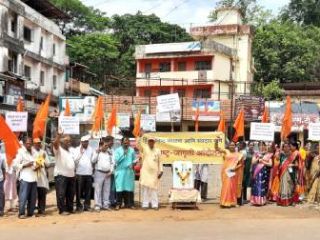 After the agitation against Hindu majority students being forced to learn the Bible, a memorandum was issued to Deputy Tahsildar T.S. Shejal in this regard. Read more »