Demand in the ‘Hindu Rashtra-jagruti Andolan’ in Dhanbad (Jharkhand) 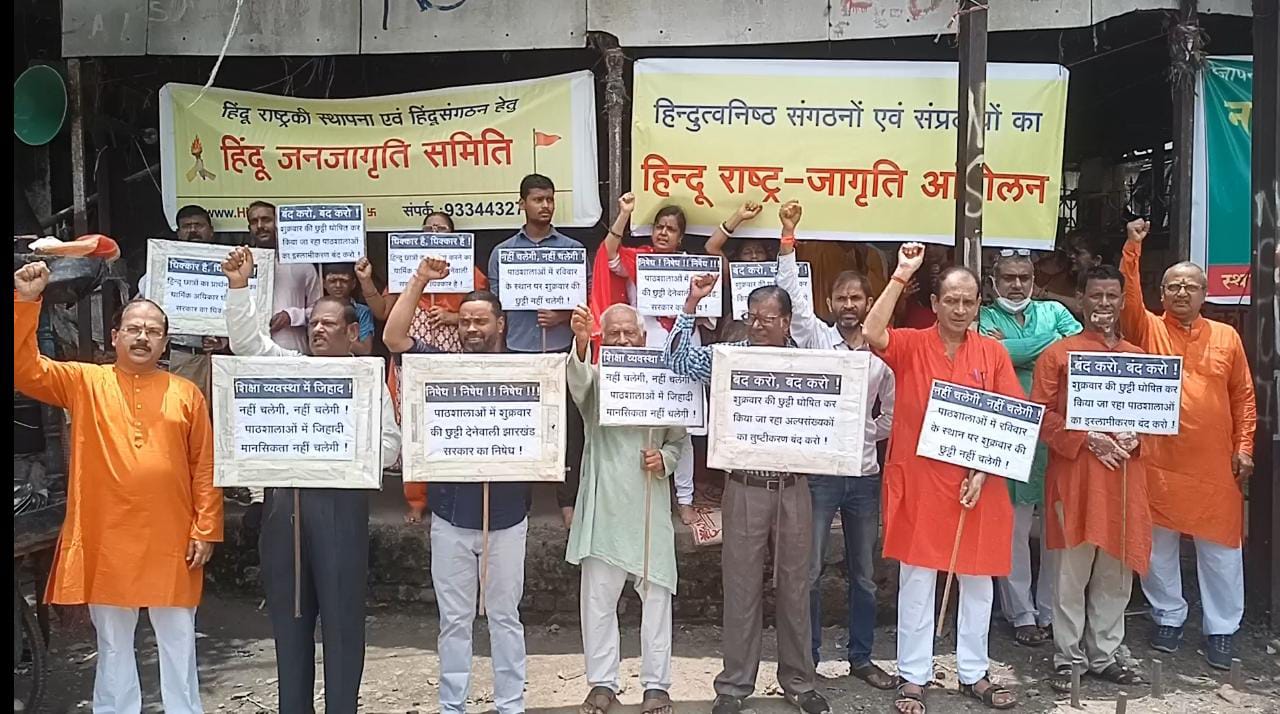 Dhanbad (Jharkhand) : A ‘Hindu Rashtra-jagruti Andolan’ was held at Randhir Verma Chowk in Hirapur. The following demands were placed by the attendees – The National Investigation Agency (CIA) why government schools in Jharkhand, Bengal, Bihar, etc. Are being closed on Fridays instead of Sundays and the guilty must be severely punished. Crimes should be registered under the ‘Unlawful Activities Prevention Act (UAPA) against those involved in ‘Sar tan se juda’ conspiracy and they should be punished. Islamic organisations like ‘PFI’ and ‘Social Democratic Party of India’ (SDPI) should be banned for their involvement in antinational activities.

Deputy District Development Commissioner Kirtishri in Bokaro was also presented with the memorandum. Devout Hindus along with HJS activists were part of the delegation.

Devout Hindus Mr Ajit Singh and Mr Pinku travelled from Hajaripur (about 126 km away from Dhanbad) to attend the andolan. They expressed their desire of organising that kind of andolan in their area also.