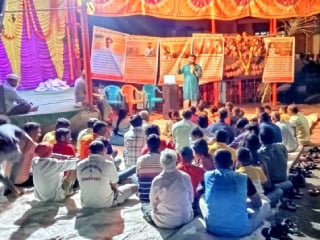 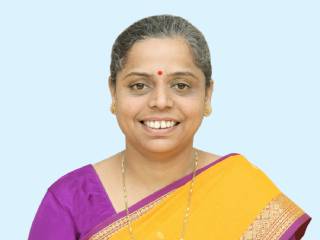 Hindu Janajagruti Samiti (HJS) was invited to the ‘Datta India Company Ganapati Madap’ here. Mr Vikram Ghodke of HJS spoke on ‘How to celebrate Ganeshotsav as per the scriptures’, ‘Need for Hindu Rashtra’. More than 70 devotees of Shri Ganesh attended the lecture. Read more » 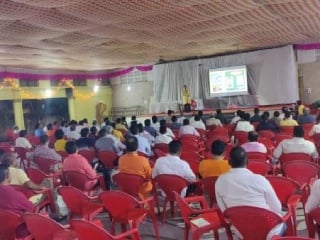 We should be proud to identify ourselves as a Hindu. Chhatrapati Sambhaji Maharaj endured untold horrors for Hinduism; but he did not forsake Dharma. Chhatrapati Shivaraya established Swarajya to protect the Dharma. We should unite and become organised to protect this great Hindu Dharma said Mr Manoj Suryavanshi, District President BJP. Read more » 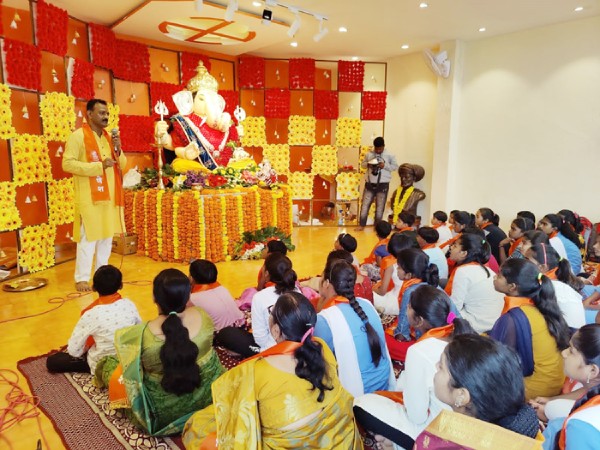 As part of the Ganeshotsav campaign, a discourse on ‘Importance of Sri Ganesh Chaturthi and the need for education on Dharma’ was recently held by the Hindu Janajagruti Samiti in the ‘Netaji Ganeshotsav Mitra Mandal’. On this occasion, more than 80 people attended the discourse. Read more » 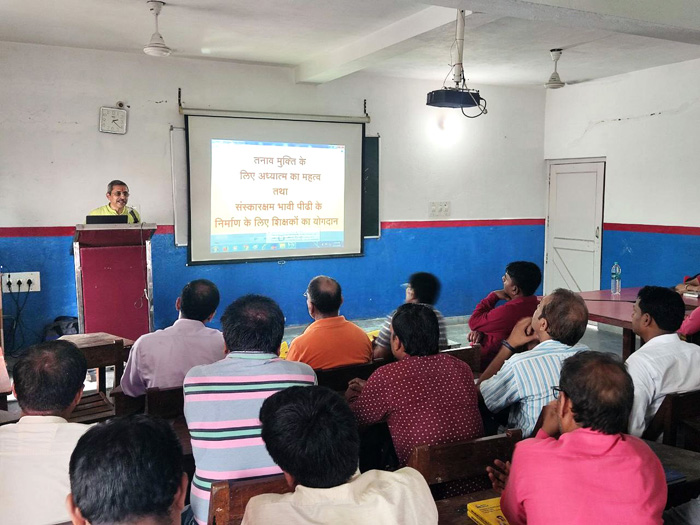 A lecture on ‘Need for spiritual practice for stress-relief’ was organised in the famous ‘Asian School’ in Brahmapura here. He was guiding the 40 teachers who attended the lecture. Read more » 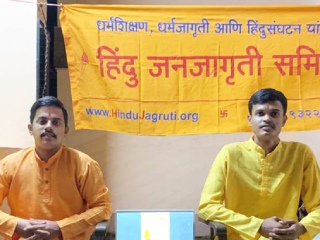 HJS organised a series of ‘Swatantryagatha Shaurya Lectures’ at various places in the Sindhudurg district on the occasion of the 75th Independence Day. The brave history of the revolutionaries was narrated to the society through various posters. A total of 550 people attended these lectures. Read more » HJS is committed to the mission of Nation building as envisioned by Yogi Arvind. We aim at establishing a Hindu Rashtra to bring radical transformation in today’s system of education, society, administration, justice, etc. It is quite the coincidence that India celebrates her 75th Independence Day on the day which happens to be the 150th Birth Anniversary of Yogi Arvind. Read more »