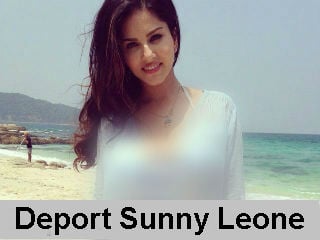 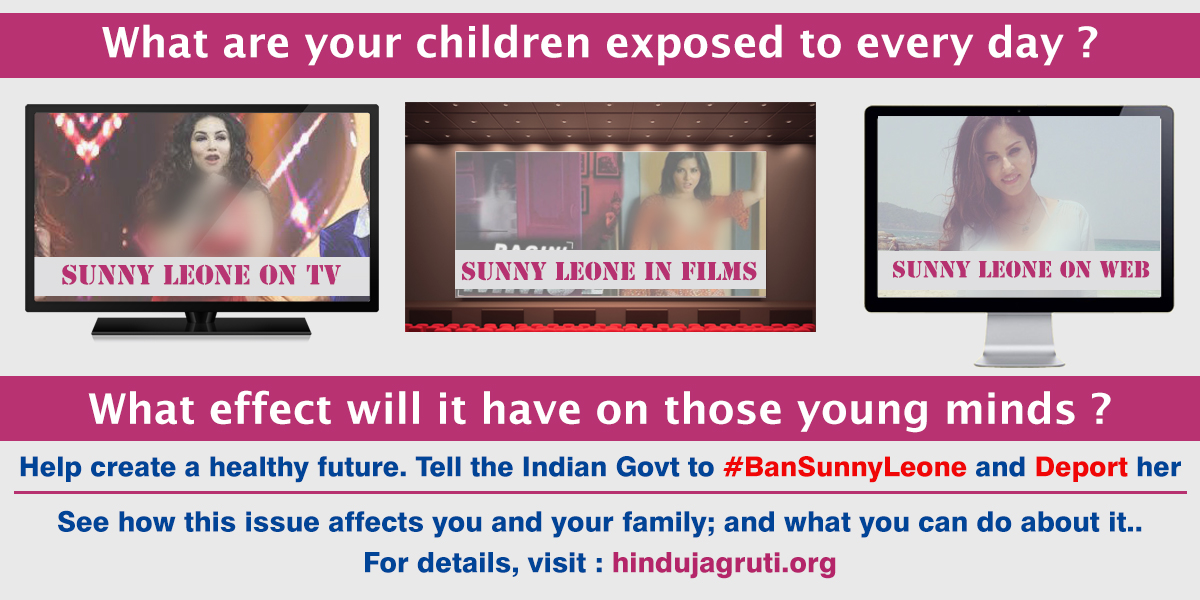 Ms Sunny Leone a.k.a Karenjit Kaur Vohra is a Canadian born American adult movie actress of Indian Sikh-origin has shifted base to India. Movie producers, directors and even companies are trying to feature her in every movie / commercial they make, simply because she has no inhibitions to shed her clothes. The Indian media has also ensured that Sunny Leone becomes a ‘household name’ by highlighting every act of this ‘adult movie star’.

As a result, today children and youngsters are spending a lot of time trying to learn about her which takes them to her website and videos filled with obscene content. More than 68% of the visitors to Sunny Leone’s website are from India (Please see image from alexa.com below). The filthy content will not only irreparably affect the young minds, it will also result in youngsters viewing women as a commodity or just an object of lust.

What is the harm ?

So now with Sunny Leone becoming popular in India (statistics show that she has been the most searched person in India for 3 years straight), more and more youth are going to her website, watching her obscene movies and then getting hooked to this steady stream of wanton lust. Once this happens, it will not take long before they move to more violent forms of pornography and then even start looking for victims to act out their fantasies. Do you want your children to turn out like this?

We have had youngsters like Bhagat Singh and Khudiram Bose who sacrificed their youth on the altar of the freedom struggle. And today we have youth who worship people like Sunny Leone! Can we expect people who engage in the pursuit of lust to become useful citizens of the country ? But can we expect youth who are exposed to scantily clad images and videos of Sunny Leone to show any respect to women?

This body picture selling bussiness of Sunny leone is clearly an Offence under the Indian Laws. She has to face prosecution under various laws such as sections 292, 292 A, 293 of Indian Penal Code or Section 3 and 4 of Indecent Representation of Women Act and Section 66F of Information Technology Act 2000 as well.

Unfortunately the Government lacks the will power to do, as is evident from the ‘helplessness’ it expressed before the Supreme Court of India, while answering to a PIL asking for a ban on all pornographic websites. However, if we are concerned about the future of the country, then it is our Dharma to ensure that the Government takes appropriate steps to stop this glorification of lust.

What can you do to ensure that this glorification of obscenity stops ?

After going through document, if you feel that you want to do something to ensure the future of India should not turn into a lust fuelled, directionless society, then you can do the following.

Deport Sunny Leone, Save the Country !

Is this a conspiracy to destroy the societal fabric of India ?

Sunny Leone sells her obscene videos for a lot of money on her website Sunlust. Her website is backed by one of the largest adult movie producers of America. Now that Sunny Leone is a regular feature in Indian movies, is she trying to start peddling her filthy movies in India too? These movies will not only corrupt young impressionable minds, they will also destroy the societal fabric of India that the entire world looks up to. But there are people who view the acceptance of pornography as a sign of a progressive society. What good is a ‘progressive society’ where son will lust after the mother, brother after sister and the youth after every woman he comes across? Such websites should be banned immediately if we wish to ensure that the future of India is built upon strong pillars of moral values and not on the rotting heap of lust.

‘Research on Poronography’ – A study done by one of the most well-regarded researchers in the field found that “high pornography consumption added significantly to the prediction of sexual aggression.” Read More…