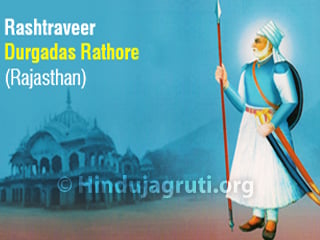 Hindu Dharma has a glorious past of great Saints. Several Self-realised Saints became Gurus and showed the path of God-realisation to many. They also taught Spirituality to society through their conduct and actions. Their mission was not limited to Spirituality. When the need arose they strived to protect the Nation in crisis. Some Saints travelled the world over selflessly, spreading the spiritual knowledge of Bharat. Millions of people abroad are benefitting from that. For lakhs of years, the Saints took tremendous efforts to preserve Vedic Knowledge, the pride of Bharat. They also simplified this knowledge by creating many subjects connected with human life. The most important thing that the Saints of Bharat have gifted to the world however is the ‘tradition of the Guru and disciple’.

The current scenario however is different. Cricketers, film heroes and heroines have become role models for Hindus. Also the two defects of selfishness and narrow-mindedness have overcome Hindus so much that it is causing great harm to Hindu society. Under such circumstances it is the need of the hour to study and follow the life of Saints who have imparted the teachings of sacrifice, unconditional love, righteousness, patriotism, social upliftment and kshatradharma (duty of a warrior). Here, we are publishing matter about them to create social awareness. We pray to God to inspire Hindus to study and follow their biographies and teachings.

Durgadas Rathore (13 August 1638 – 22 November 1718) is a famous personality in the annals of Marwar. He is credited with having single-handedly preserved the rule of the Rathore dynasty over Marwar (Jodhpur) after the death of Maharaja Jaswant Singh in the 17th century.

Durgadas was a suryavanshi Rathore Rajput, belonging to the Karnot branch of the Rathore clan. He was the son of Askaran Rathore, a Rajput general in the army of Maharaja Jaswant Singh. As his mother did not get along with her husband and co-wives, she lived away from Jodhpur, and Durgadas grew up in a small village.

When Durgadas was young, a camelherd, rearing the herds of the Maharaja, ventured into Durgadas’s fields. Durgadas asked the camel herd to take his herd away and not destroy the field. The camelherd paid no heed. Durgadas unsheathed his sword and killed him. Word of this reached Maharaja Jaswant Singh. He summoned Durgadas and asked him why he killed the camelherd. Durgadas told him that the royal herd of camels was giving Jaswant Singh a bad name by destroying the crops of ordinary people. The Maharaja was very impressed with Durgadas’s uprightness and gave him an appointment in the army.

Maharaja Jaswant Singh, ruler of Marwar, died in 1679 without immediate male heirs. However, two of his wives were pregnant at the time of his death. These circumstances allowed the mughal emperor Aurangzeb to intervene; he appointed a Muslim to rule over Marwar, which upset the Rathod clan a great deal. One of Jaswant Singh’s pregnant widows gave birth, in due course, to a male child, who was named Ajit Singh. After the birth of this rightful heir, prominent grandees of Marwar, including Durgadas, went to Delhi along with the infant Ajit Singh and asked Aurangzeb that the infant be confirmed in his late father’s estates and titles. Aurangzeb did not absolutely refuse, but suggested, supposedly for the infant’s own safety, that Ajit grow up in Delhi in front of him.
The nurturing of the head of the Rathod clan in Aurangzeb’s staunchly muslim household was not acceptable to the clan. It is said that crown prince Ajit Singh along with his mother was staying at a place called “Bhuli Bhatiyari” near “Jhandewalan” of modern Delhi. Durgadas and others of the delegation resolved upon smuggling Ajit Singh out of Delhi. Durgadas and his 300 men, notable among them Thakur Mokam singh Balunda and Mukand Das Khichi made a plan. According to the plan Mokam Singh Balunda’s wife Bagheliji put her infant girl, in place of Ajit Singh. As they approached the outskirts of the city, the mughal guards fell in hot pursiut and Durgadas and his companions had to make their escape while fighting hand-to-hand battle with the much larger mughal army.

Every so often, some 15-20 Rajputs would fall behind to check the mughal pursuers, in the process getting themselves killed.In this battle Mokam singh Balunda,his son Hari singh Balunda got injured, but they managed to keep distance between the forward party and the Mughals. Among them Mokam singh Balunda’s wife Bagheli Rani. This continued till the evening; Durgadas was left with just seven men out of the 300 he started with, but he managed to escape with the infant Ajit Singh to safety to Balunda.Mokam Singh’s wife Bagheliji kept Maharaja Ajit singh at Balunda for almost one year, Later, he was moved to the safety of Aravali hills near Abu Sirohi, a remote town on the southern fringes of Marwar, and grew up in anonymity.

For 20 years after this event, Marwar remained under the direct rule of a Mughal governor. During this period, Durgadas carried out a relentless struggle against the occupying forces. Trade routes that passed through the region were plundered by the guerillas, who also looted various treasuries in present-day Rajasthan and Gujarat. These disorders adversely impacted the finances of the empire.
Durgadas took advantage of the disturbances following the death of Aurangzeb in 1707, to seize Jodhpur and eventually evict the occupying Mughal force. Ajit Singh was proclaimed Maharaja of Jodhpur. He rebuilt all the temples that had been descecrated by the occupying muslims.

Aurangzeb’s son Sultan Muhammad Akbar rebelled against his father. Naturally, Durgadas extended aid to him in the rebellion. This venture came to naught, as Akbar died in exile; he left his children in the custody of Durgadas. Aurangzeb became extremely anxious to get his grandchildren back. He requested Durgadas, who agreed to send them to Aurangzeb. When the children arrived, Aurangzeb asked a Qazi to start teaching them the Quran. On hearing this, his little granddaughter began reciting “ayats” from the holy book. Aurangzeb was left dumbfounded. On being asked, his granddaughter told him that while she was in Durgadas’s custody, a Qazi had been engaged to take care of their religious training.

Veer Durgadas after completing his duties successfully and fulfilled the promise which he given to Jaswant Singh Ji, left Jodhpur and live in Sadri, Udaipur, Rampura, Bhanpura for some time and then left to worship Mahakaal at Ujjain. On 22 November 1718, on the banks of the Shipra at Ujjain, Durgadas died at the age of 81 years, his beautiful canopy in red stone is still at the Chakratirtha, Ujjain, which is pilgrimage for all freedom fighters and rajputs. Veer Durgadas left behind a shining example of loyalty, chivalry and courage.