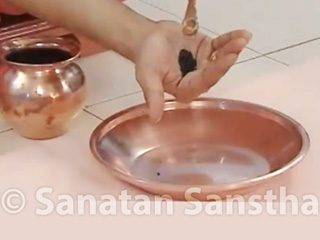 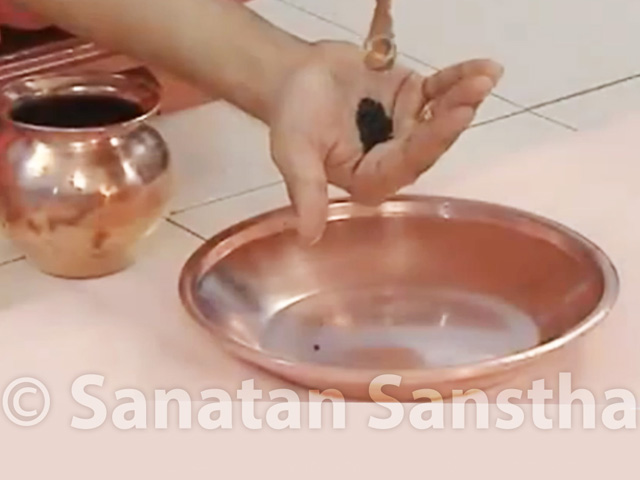 1 A. Origin and meaning

‘Trup’ in Sanskrut means ‘to satisfy’. The word ‘Tarpan’ has originated from the root ‘trup’. Offering water to Deities, Sages, pitars and human beings and satisfying them through it, is called Tarpan.

Apart from expectation of the pinḍa and offering of food to Brahmans by their descendants, the pitars also expect offering of water from them.

When Tarpan is performed, it is not just that the pitars get satisfied and leave, but they also bestow long life, Tej, Brahmavarchasva (Knowledge of Brahman), wealth, success and Annadya (Ability to digest food) on the performer of Tarpan and make him contented.

2 D. When should it be performed ? TilaTarpan is not performed during Nandi shraddha, Sapinḍi shraddha etc.