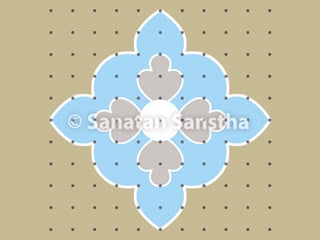 Before commencing the ritualistic worship of

As per one Principle in Spirituality, word, touch, form, taste, fragrance and its associated energy co-exist. When slight modification is made in the shape and colour of the rangoli, then how its vibrations (of Shakti, Bhav, Chaitanya, anand and Shanti) change will be evident from the rangolis given ahead.

Draw this rangoli when ritualistically worshipping an Idol of Deity Datta. 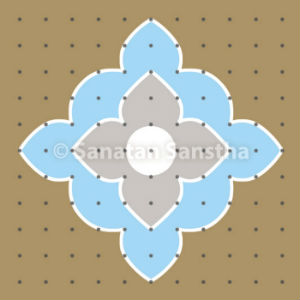 Draw this rangoli when ritualistically worshipping Deity Datta in the form of paduka or Audumbar tree. Draw this rangoli on Datta Jayanti. 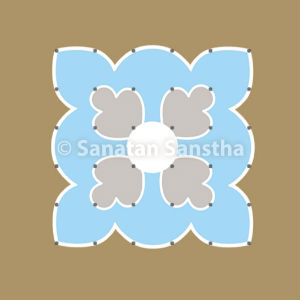 Rangoli that creates and emits vibrations of shanti towards Deity Datta 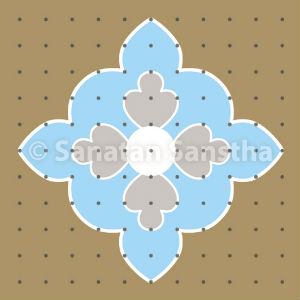