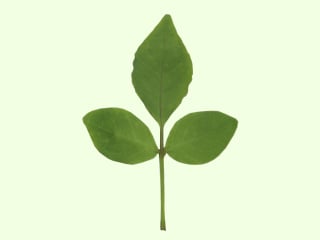 While offering bel leaves, place them upside down, with the stalk towards the worshipper.

Meaning : I am offering to Shiva the bel which is trifoliate, like three components, like three eyes, three weapons and which destroy the sins of three births.

Elucidation : It is difficult for an ordinary individual to worship nirgun and nirakar (Without form) God. With the help of the leaves of bel and durva, which are also in a triguṇatit (Beyond Sattva, Raja and Tama
components) state, and by performing saguṇ-bhakti, it becomes easier for a devotee to progress from the saguṇ to the nirguṇ.

A. How to offer bel leaves according to the tarak and marak form of worship ?

1. One who worships the tarak form : The basic nature of a worshipper corresponds to the tarak form and hence, worship of Shiva’s tarak form not only blends with their nature, but also helps in their spiritual progress. To benefit from the tarak waves of Shiva, worshippers should offer bel leaves with the stalk towards the pinḍi and the upper portion of the leaf towards themselves. (बिल्वंतुन्युब्जं स्वाभिमुख-अग्रंच ।).

2. One who worships the marak form : The Shakta sect worships Shiva’s marak form.

B. Benefit of Shivatattva at the vyashti and samashti level, according to method of offering bel leaf

When the bel leaves are offered upside down on the Shivapinḍi, the vibrations at the nirguṇ level are transmitted in a greater proportion from them. The worshipper gets maximum benefit from the bel leaves. If fresh bel leaves are not available, old leaves can be used; however, the bel leaves plucked on a Monday cannot be used the next day.

3. Picture depicting the subtle-characteristics of trifoliate leaf of bel 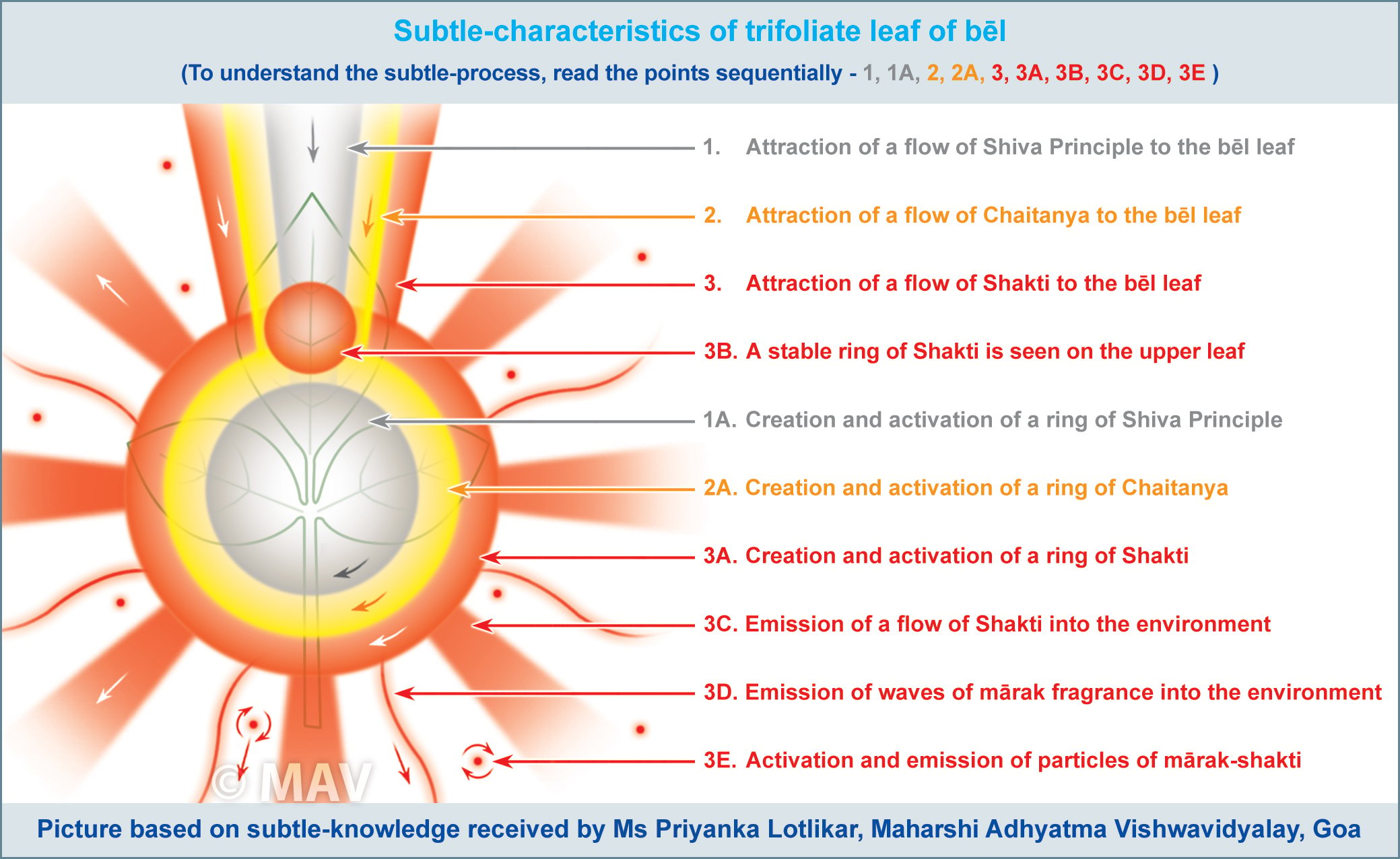 C. Analysis based on subtle-knowledge

4. Benefits of bel from the perspective of health

A. The Kayakalpa chapter in the Ayurveda discusses the importance of partaking juice of trifoliate leaves.

B. Ayurveda refers to the fruit of the bel as the fruit of nectar. Fruit of bel is called a fruit of nectar in Ayurveda. There is no disease that cannot be cured with bel. If some medicine is not available, the bel should be used; however, a pregnant woman should not be given bel, as it may lead to death of the foetus.