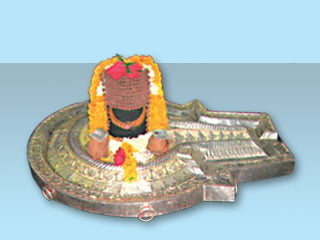 The twelve Jyotirlingas are the body and the Jyotirlinga at Pashupatinath in Kathamandu (Nepal) is the head over this body.

The meaning of a Jyotirlinga

2. In the Taittiriya Upanishad, the twelve Principles of Brahma, Maya, the jiva, the mind, intellect, subconscious mind, ego and the Panchamahabhutas have been referred to as the twelve Jyotirlingas.

3. The twelve sections of the Shivalinga.

4. In the Yadnyavedi (Pit where the ritual of sacrificial fires is performed), the shalunka represents the pit of the fire and the linga the flame of the fire.

5. A representation of the twelve Adityas (Species of Deities who are designated into groups).

We should select an appropriate Jyotirlinga and perform Abhishek on that Jyotirlinga for example, Mahankal is charged with Tama predominant energy, Naganatha is in Harihar form and is Sattva-Tama-predominant and Tryambakeshwar is three components-oriented (also known as Avadhut).

After taking samadhi, the work of Saints is more at the subtle level. Their bodies emit greater quantum of waves of Chaitanya and sattvikta. Just as the samadhi of a Saint is under the surface of earth, so also are the Jyotirlingas and swayambhu Shivalingas. Since these Shivalingas have greater amount of nirguṇtattva when compared with the other Shivalingas, they constantly emit greater quantum of nirguṇ Chaitanya and sattvikta. This helps in continuously purifying the atmosphere on the earth. Also, since these waves are constantly emitted towards the region of Hell, they are in continuous combat with the negative energies there. Hence, the earth is constantly protected from the attacks of powerful negative energies from the region of Hell.

Click on the below Subtle Drawing / Picture for a larger view ! 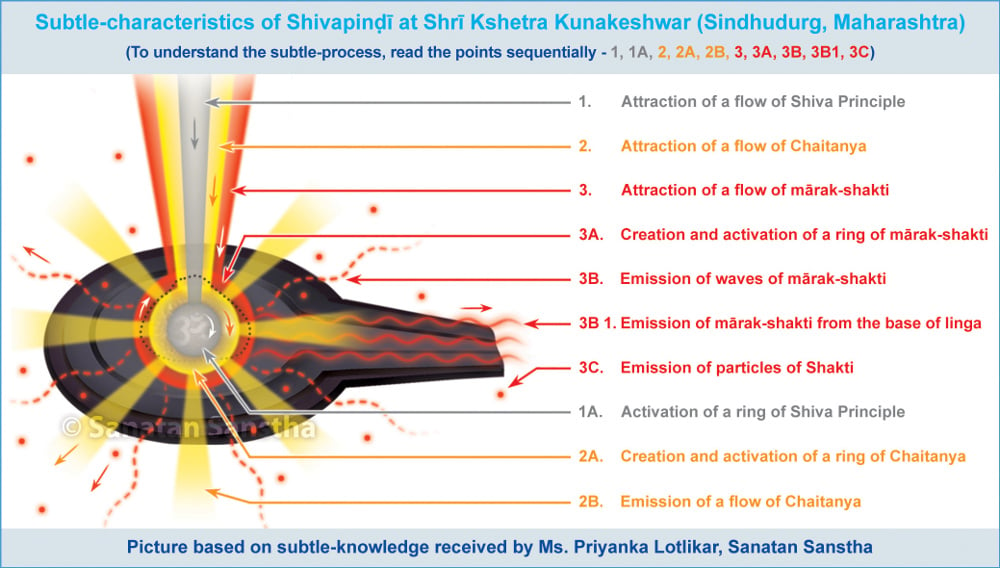