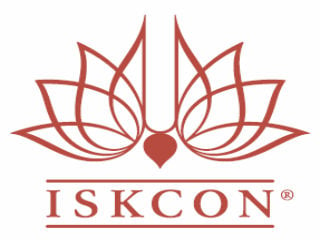 Hindus must realize that their temples are in danger in anti-Hindu Congress regime !

The Andhra Pradesh government has issued a land acquisition notice to the ISKCON temple located on Sardar Patel Road opposite St John’s Church in Secunderabad to get 1,700 sq yards of the 3,500 sq yards belonging to the temple. The land is required for metro corridor-III that runs from Nagole to Shilparamam via Sangeet and Iskcon.

The ISKCON Temple in Secunderabad is a source of inspiration for lakhs of Krishna devotees in the twin cities of Hyderabad and Secunderabad. Apart from Shri Krishna, this temple complex houses 200 year old idols of Deities Dattatreya Swami, Kali, Navagraha, Shri Ganesha and Shri Veer Hanuman; idols which have been worshiped for generations.

Mosques and Churches are safe in Congress regime, then why not temples ?

Actually opposite to the ISKCON temple, there is land belonging the Railways, not just a couple of acres but many acres ! This land has many unoccupied buildings. Also the road in front of the temple is almost 150 feet in width. The Metro Rail Project is meant to go over the road. So it is evident that there is sufficient land and space to build Metro project over this road, without disturbing any part of the ISKCON temple.

It is common knowledge that there have been instances (in various parts of the country) where places of worship of other communities were at stake for road widening and the entire project was changed in order to save such structures. Route of Konkan railway was changed so that all small churches at many places including Nhaveli village in South Goa could be saved from demolition. This delayed the completion of this major Railway route by a decade! There are incidents of re-routing the Metro rail in Bangalore and Kolkata. Even in Pune, widening of road work has been held up as there is a dargah in the way which will have to be demolished. Now it is the duty of all Hindus to unite and protest lawfully and wholeheartedly against the proposed acquisition and demolition of the ISKCON Secunderabad Temple.

Request to cancel acquisition and demolition of ISKCON temple at Secunderabad, Andhra Pradesh

In the following presentation, you can see how in the twin cities of Hyderabad and Secunderabad there are hundreds of religious structures which are right in the middle of street or blocking traffic movement. In India, there are hundreds of thousands of such structures and all developmental plans scrupulously avoid them. But this is never so with the Hindu places of worship. These are always the ones that bear the burnt of so called development. May be now is the time Hindu community in India starts raising its voice against this injustice.