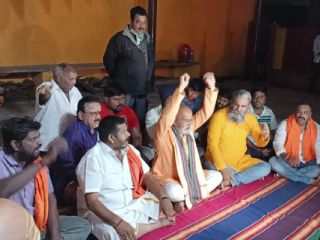 Sri Rama Sena, which has been opposing azan on loudspeakers, launched a campaign of playing bhajans on loudspeakers early in the morning in some parts of Karnataka. Read more » Issue of his making statement that every Hindu should keep a sword at home : Case against Shri. Mutalik revoked Read more » It was earlier decided to hold this ‘sabha’ on an open ground but police refused permission on the previous day of the ‘sabha’, hence another hall had to be booked. Still devout Hindu activists joined and supported the ‘sabha’. Read more » 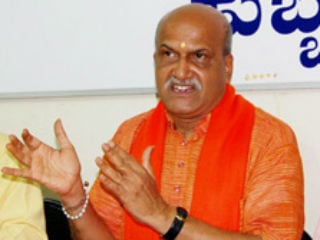 Authorities in Goa today continued the ban on the entry of Sri Ram Sene chief Pramod Muthalik for another two months, saying that his statements may lead to violence. The right-wing leader has been banned from entering Goa since 2014. Read more » The judgment provided relief to 25 Sri Ram Sene activists whose act on January 24, 2009, saw the coastal city being viewed with a sense of apprehension world over. Read more » Hindu Dharmajagruti Sabha was organised by HJS at Gadag, which received positive response from Hindus. It was attended by more than 1500 devout Hindus. Read more »