Felicitation of Suresh Chavanke for his invaluable work related to protection of Hindu Dharma ! 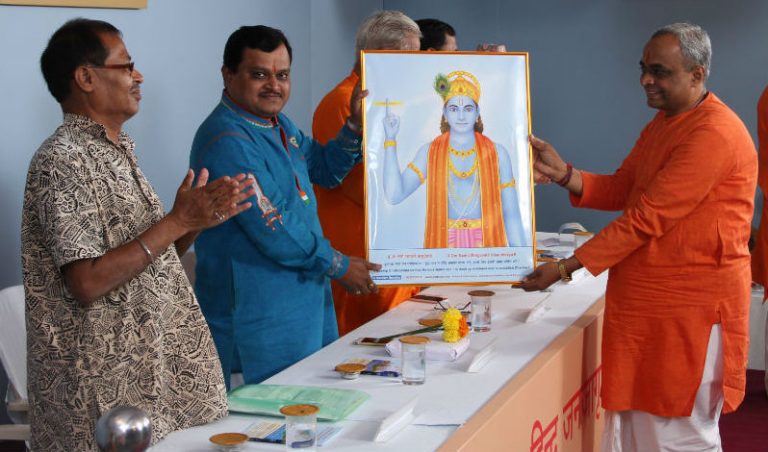 Shri. Chavanke said that Hindus should take advantage of different schemes offered by Government instead doing something big for giving apt reply to anti-Hindu activities. Indian Government has allocated Rs. 100 crores for local TV channels and radio stations (FM); so Hindus should start these media in minimum expenditure. Spread your thoughts effectively through social media. Such websites will be of help to some extent; so using different ideas, ‘Hindutvavadis’ will be able to increase their activities related to Hindu Dharma which will be more effective.

‘Hindutvavadis’ can send news items to us ! – Chavanke

Shri. Chavanke said, “‘Hindutvavadis’ can send news about their drives and campaigns to us; send video-clippings. We will give a contact number by the end of this Convention for the same. We will give due publicity to such news which will help pro-Hindu organizations.”

He further said, “There are 732 TV channels in India out of which 420 are news channels. Foreign companies have invested in most of these channels. In India, temples can keep the funds collected by them, in a bank but they cannot invest those funds. Churches in other countries have right to invest their money for commercial purposes; therefore, many churches are investing their money for commercial and religious purpose in Indian media; resulting in these media purposely working against Hindu Dharma. Shri. Suresh Chavanke, Director, Editor of ‘Sudarshan’ News exposed these facts during today’s session on ‘Role of media in establishment of Hindu Rashtra’. Before his speech, Shri. Chavanke was felicitated for valuable work done by ‘Sudarshan’ news channel dedicated to ‘Hindutva’. ‘Pujya’ Dr. Charudatta Pingale, national Guide of Hindu Janajagruti Samiti felicitated him on behalf of all-India Hindu Convention by presenting flowers and a picture-frame of Shrikrushna.” 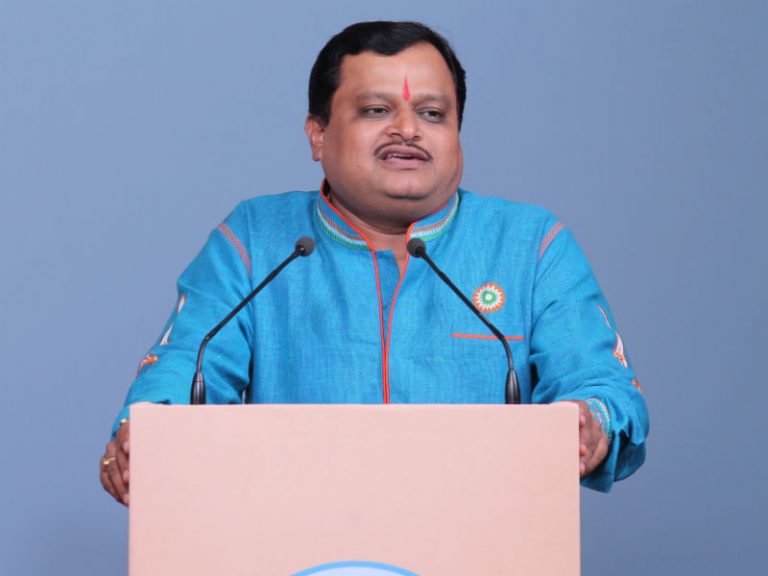 1. Many channels show serials in which secular people are shown as peace-loving and ‘Hindutvavadis’ are shown as aggressive and perverted.

2. In any love story, the girl is shown as Hindu and the boy as Muslim.

3. These news channels do not show good work done by ‘Hindutvavadis’; moreover, they glorify atheists.

4. True reason behind it is they want to eradicate Indian culture and grow western culture in our land.