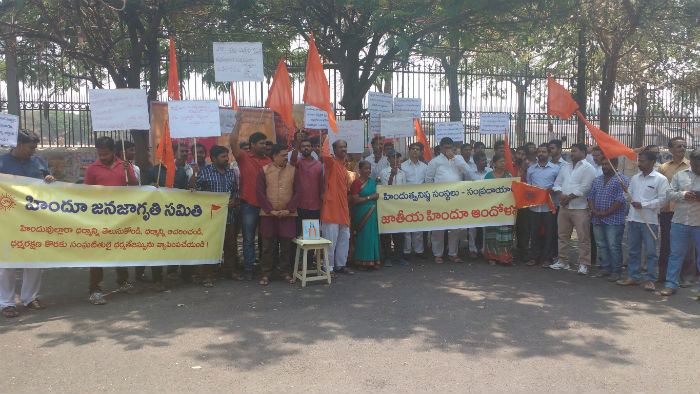 Bhagyanagar (Telangana) : On 13th March, pro-Hindu organizations and parties viz. Shiv Sena, VHP, Shiva-shakti, Bhagavat Geeta Jagruti Samiti, Netaji Sphoorti Kendram, Hindu Janajagruti Samiti etc. came together under aegis of ‘Rashtriya Hindu Andolan’ and staged demonstrations for their 3 main demands such as taking stringent action against anti-nationals from JNU; taking severe action against fanatics for killing of ‘Hindutvavadis’ in Karnataka and Kerala and taking action against Telugu book in which there is denigration of Draupadi.