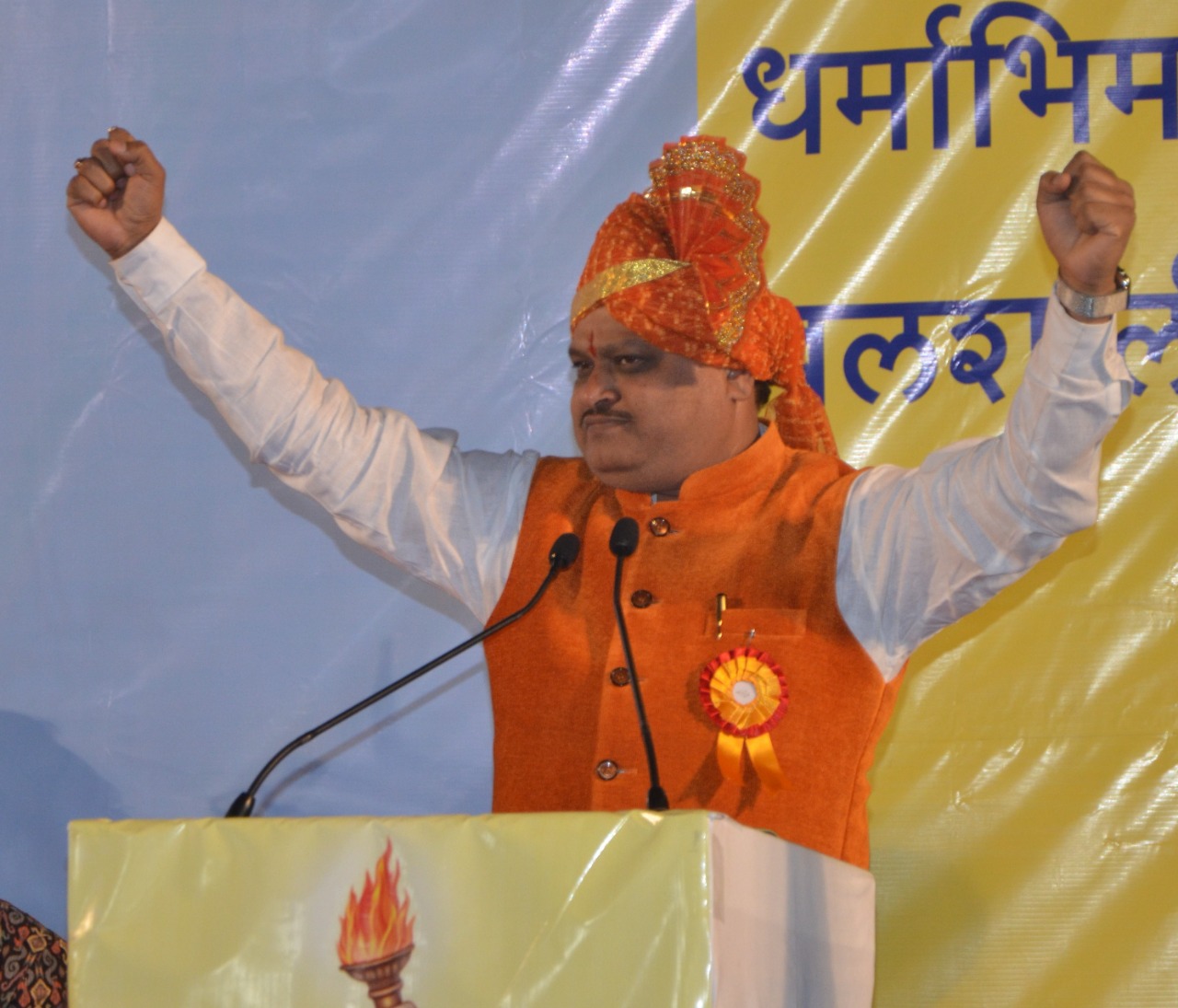 Jalgaon (Maharashtra): Your voice demanding a Hindu Rashtra should reach Delhi; because the decision will be made there. There is cattle smuggling going around in Raver, and gorakshaks are also being attacked. I am here from Delhi to protect each and every gorakshak here. We are witnessing the business of banana farming slipping away from the hands of Hindu farmers. I appeal that the Pandavwada of Erandol be handed over back to the Hindus before Gudhipadva. Jalgaon has now become the stronghold of SIMI, the haven of Love Jihadis, land jihad along the Jalgaon-Khandwa railway line. I have purposely come all the way to attend this Sabha in such Jalgaon! This is not ‘Khan’desh’ but ‘Kanhadesh’. There is strong evidence of this in the Mahabharata. Therefore, start calling this ancient city with over 40 thousand year history as Kanhadesh! This appeal was made by Mr. Suresh Chavanke, the chief editor of ‘Sudarshan News’. The attendees followed him in demanding a stringent anti Love Jihad law from the union government. Shri. Chavanke was the chief guest in the Hindu Rashtra-Jagruti Sabha on 25 December, 2022 here. On the occasion of the Sabha, saffron flags were hoisted at many places in the city, Hindus wore saffron caps, saffron ‘t-shirts’ and turned the city of Jalgaon saffron. The Hindus present were excited as they entered the venue of the Hindu Sabha with loud patriotic slogans. In spite of the opposition of the so called progressive and communal organizations to this Hindu Rashtra-Jagruti Sabha, thousands of Hindus showed up and strengthened their resolve that ‘Jo Hindu Hitki Baat Karega, Wahi Desh Pe Raj Karega!’