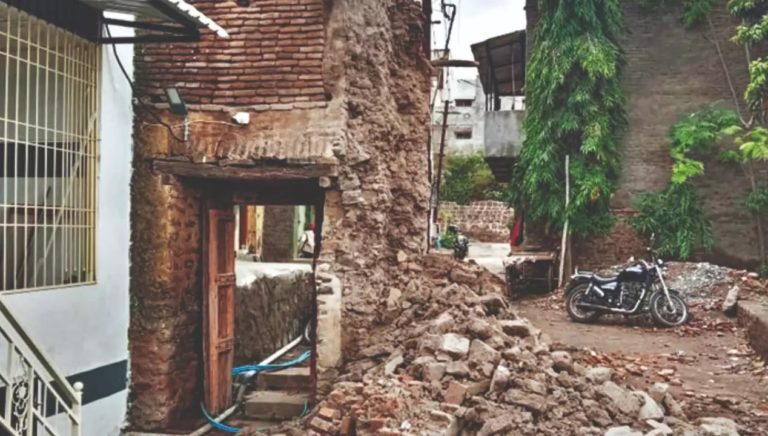 Hutatma Shivram Hari Rajguru, a bright flame that lit up the Indian Freedom struggle, was born in a house in a wada (colony) in Rajgurunagar in Pune district. This colony was declared a ‘National Monument’ 18 years ago. On June 27, 2022, a portion of the entrance to the wada collapsed despite the Archeology Department is responsible for the preservation and conservation of this historic monument. As the nation is immersed in the 75th Independence day celebrations, the memorials of the martyrs are being ignored and falling into disrepair. This is causing strong resentment among the patriotic citizens towards the Archeological Department and the District Administration. 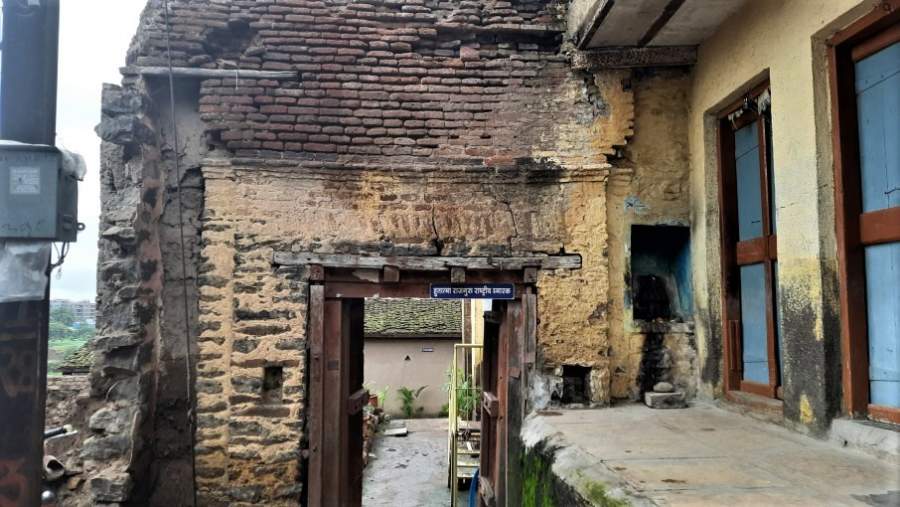 Every day, many patriots visit the birthplace of Hutatma Rajguru, who sacrificed himself for the country. Currently, the monsoon season is on. If water seeps into the mud and stone construction, there is a high possibility that the rest of the entrance wall will also collapse. So it has become dangerous for the patriots to freely visit the house of Hutatma Rajguru as is their wont. When the nation celebrates the Azadi Ka Amrit Mahotsav, this birthplace needs to be well maintained and conserved; but it has not happened, on the contrary, it is in acute disrepair. This naturally brings up the question as to what the Archeological Department do with the funds that it receives for the upkeep of these heritage sites! Overall, the Archeological Department and the district administration have neglected the building. We demand that this matter be thoroughly investigated.

Different parts of this original wada are owned by different people. One of them demolished a heritage building belonging to them. This weakened the entrance to the wada. The administration took no action when this two-storied building on the left side wada was demolished. Although the building is privately owned, it falls within the protected area of the monument. The locals claim that there has been no action even after submitting a petition asking the Collector to take action in this regard. We demand the immediate suspension of the guilty officials of the Archeological Department who are turning a blind eye to the historical building of Hutatma Rajguru, and strict action should be taken against those who demolished the heritage building, as well as those who ignored the complaint in this regard. Also, further measures should be taken immediately to prevent further damage to this structure.