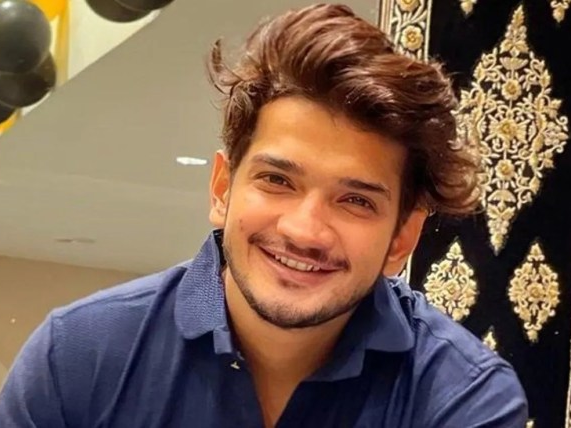 A show of the so-called comedian Munawar Faruqui scheduled in Pune for 15th and 16th July 2022 was cancelled after a Hindu organization called the Jai Shri Ram Sena gave a memorandum to Pune’s commissioner of police asking to cancel the show. The Jai Shri Ram Sena also warned that if the shows were not cancelled, they would be holding protests. After this memorandum, Munawar Faruqui shared a post from his Instagram handle saying that the Pune show was cancelled for some reason. The show was organized at Jawaharlal Nehru memorial hall in Pune.

In the memorandum submitted to the commissioner of police, the Jai Shri Ram Sena organization said, “We are an organization named Jai Shri Ram Sena Sanghatan, working towards the welfare of underprivileged Hindus. We are writing to inform you that Munawar Faruqui, a self-proclaimed comedian from Gujarat and an accused in an ongoing criminal case lodged for his offensive speech against Hindu deities is visiting Pune on 15th July 2022 for performing his Talk Show titled ‘Dongri to Nowhere’ (a name inspired from most wanted criminal Dawood Ibrahim’s biography Dongri to Dubai).”

It further said, “Munawar Faruqui’s sense of humour can be detailed in gist as follows: He asked farmers to grow weed. He made fun of NRC by making a song. In this song, he has associated NRC with the Delhi riots by naming the song as NRC and Delhi riots song. He specializes in insulting Hindu gods. He insulted Lord Ram and Goddess Sita.”

It is notable that on 1st January 2021, in a show held at Indore, Munawar Faruqui insulted Lord Ram and Sita. A case was registered against him by the Madhya Pradesh police under 295A, 298, 269, 188, and 34 of the Indian Penal Code. He was also arrested and later released on bail.

The memorandum further said, “Mr. Faruqui is presently released on bail. However, he is not acquitted of the charges. When there is an ongoing case against him for committing the crime of hateful speech against Hindu gods, we do not surmise that an opportunity to commit more crimes by Mr. Faruqui should be allowed. Every citizen in India has specific fundamental duties and the states must ensure peace and harmony amongst all religious groups by protecting them from negative forces. We bring to your kind notice that this Talk Show ‘Dongri to Nowhere’ is planned propaganda to mock Hindu gods and goddesses as evident in previous programs of Munawar Faruqui. It is a serious matter of hate speech and hurting the religious sentiments of Hindus. Mr. Faruqui whilst not having any knowledge about the Hindu scriptures or Hindu dharma, is influencing a negative and offensive view of the most respected Hindu dharma, without any basis. There is enough proof and evidence of hurting religious sentiments by the lead of the show Munawar Faruqui.” The memorandum was signed by Ramdoot Gaurav Chaubey who concluded the letter by saying, “In light of the seriousness of the matter, I would like to request your support to cancel the Talk Show ‘Dongri to Nowhere’ and restrict such self-proclaimed comedians from insulting and hurting religious sentiments of Hindu Gods and Goddesses. Kindly take note of this matter and hope to see a definitive positive step being taken by your good self in ensuring the protection of civil rights of people for the avoidance of any form of disruption of the public peace as a result of the Talk Show.”

Ramdoot Indrajit Deshmukh (Pune City President), Ramdoot Ram Salunke, Ramdoot Gaurav Chaubey, and Ramdoot Prateek Sharma (Pune City Coordinator) submitted this memorandum to Pune’s commissioner of police. While submitting the memorandum, the members of the Jai Shri Ram Sena organization told police that Munawar Faruqui has a history of insulting Hindu deities in the name of comedy. They urged the police to cancel the show because there could be a law and order problem if Munawwar Faruqui’s show hurts the religious sentiments of people.

The police received the memorandum and after some time, the so-called comedian Munawar Faruqui shared an update from his Instagram handle in which he said, “Friends, the Pune shows of today and tomorrow are cancelled for some reasons. I am really sorry.”

Munawar Faruqui had to face a massive outrage from Hindus after his insulting remarks on the Hindu deities. His shows were cancelled one after the other at various locations like Bengaluru, Goa, Gujarat, Chandigarh, Kolkata, etc.