Activists seek permission to worship inside the mosque 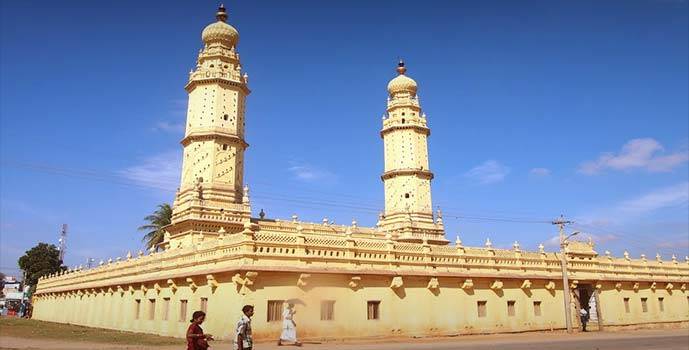 While the Gyanvapi mosque in Varanasi has triggered a debate across the country, about whether the religious place was built on Hindu temples or not, a 236-year-old mosque named Tipu Masjid, otherwise known as Jama Masjid or Masjid-i-Ala in Srirangapattana, Karnataka has now come under the radar of Hindu groups over its history.

Members of Narendra Modi Vichar Manch, a Hindutva group, submitted a memo to the district collector of Mandya claiming that the mosque was built on a Hanuman temple and it should be handed over to the Hindus.

#Tippu Masjid also referred as Jamia Masjid in #Srirangapattana was built on #Hanuman Temple. It should be handed over to #Hindus-Narendra Modi Vichar Manch has given memo 2 #Mandya DC about this. Masjid authorities have asked for protection. #Karnataka pic.twitter.com/GIpXTWViBL

Echoing the same sentiments, another person by the name Rishi Kumar Swami of Kali mutt has claimed that the masjid was constructed by Tipu Sultan after the Hanuman temple was demolished in 1784.

“During the rule of Tipu Sultan, the Hanuman temple was converted into a mosque. There is clinching evidence to prove that the mosque was a Hindu temple once. There are emblems of the erstwhile Hoysala kingdom inside the mosque,” Swami claimed.

Rishi Kumar Swami was arrested back in January for threatening to demolish the mosque. He is currently out on bail now.

Meanwhile, the mosque authorities have approached the district administration for protection against the right-wing leaders.