On Monday, 16th of May, Civil Judge (Senior Division) Ravi Kumar Diwakar ordered the sealing of the disputed Gyanvapi structure. The court stated in its order that the Shivling discovery is significant evidence and has directed the CRPF commandant to guard the complex and prevent Muslims from entering. After counsel Hari Shankar Jain representing the Hindu side informed the court that a Shivling had been discovered inside the Gyanvapi premises during the survey, the court took this decision. 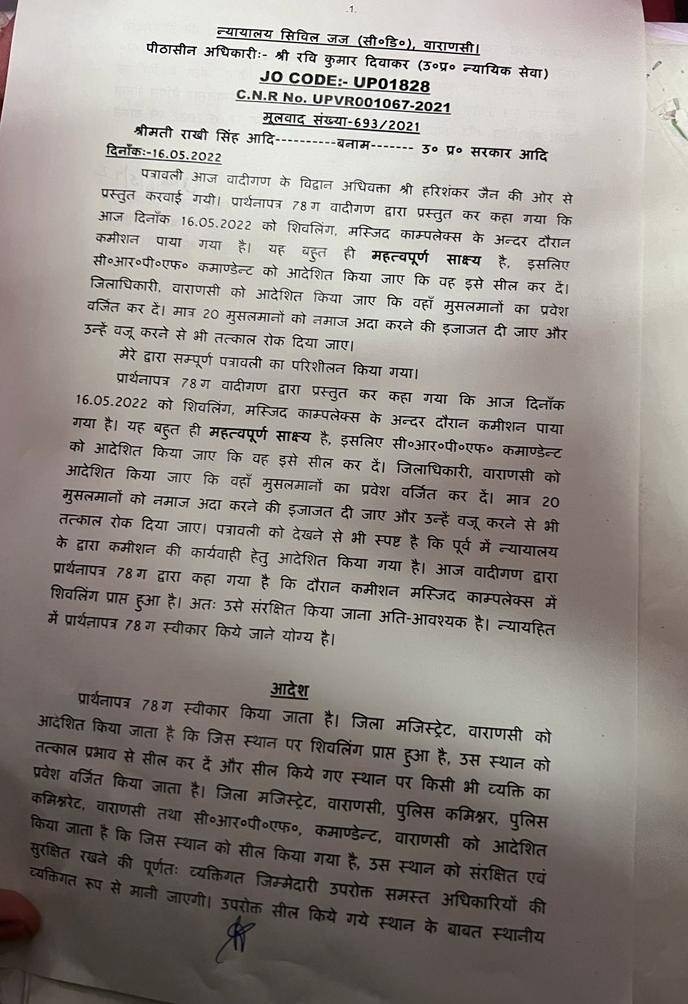 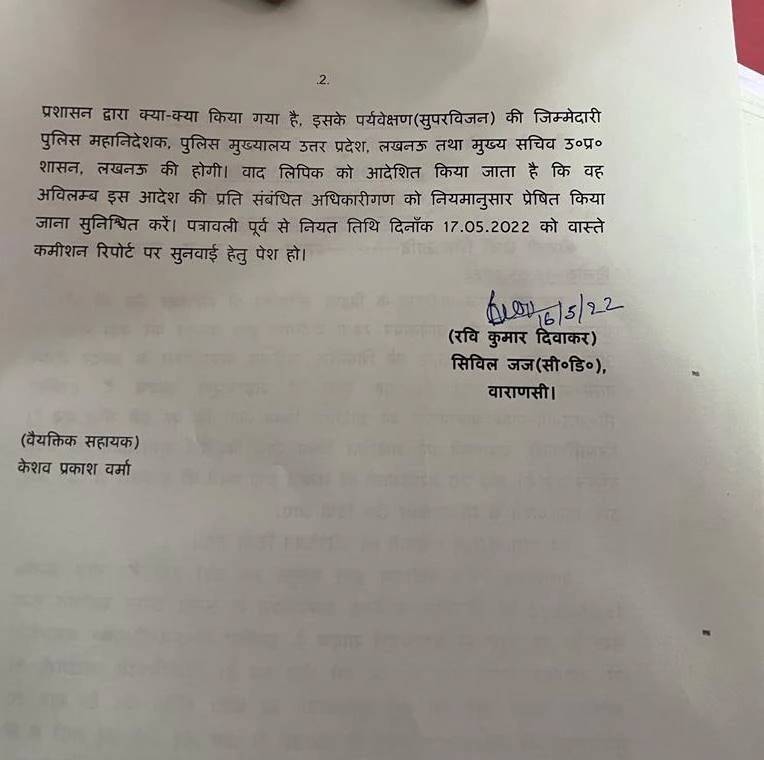 The court further ordered that the District Magistrate and the Police Commissioner should contribute to securing the place. The request to secure the premises was made by Advocate Hari Shankar Jain after a Shivling was found inside the premise. Madan Mohan Yadav, another lawyer representing the Hindu side, said the Shivling is 12 feet by 8 inches in diameter and is in the direction where Nandi is facing, as is customary.

Read More : If Hindu structures are found inside the Gyanvapi compound, can they be exempted from the Place of Worship Act ?

The survey of the disputed structure was completed on Monday after three days of operation. The team assessed the structures in front of Nandi on Monday. Meanwhile, the Hindu side’s lawyer, Vishnu Jain, stated that a Shivling was discovered inside the Gyanvapi premises near the Wuzu site.

Earlier on Sunday, a survey was conducted on the western wall, Namaz site, Wuzu site, and the basement. The delegation conducted the survey while being protected by nearly 1,500 security personnel. In light of the survey, tight security arrangements were put in place on Monday. From Godoliya to Maidagin, all shops were closed.

On May 12, a Varanasi court approved a videographic assessment of the disputed structure, days after members of the Muslim community hindered the survey. Ravi Kumar Diwakar, Civil Judge (Senior Division) of Varanasi, established directions for the survey and stated that it will now take place, with a report due by May 17.

Moreover, the Muslim side has petitioned the Supreme Court to have the survey halted. While the petitioners had asked for an immediate halt to the proceedings, the court declined to do so without properly hearing the case.