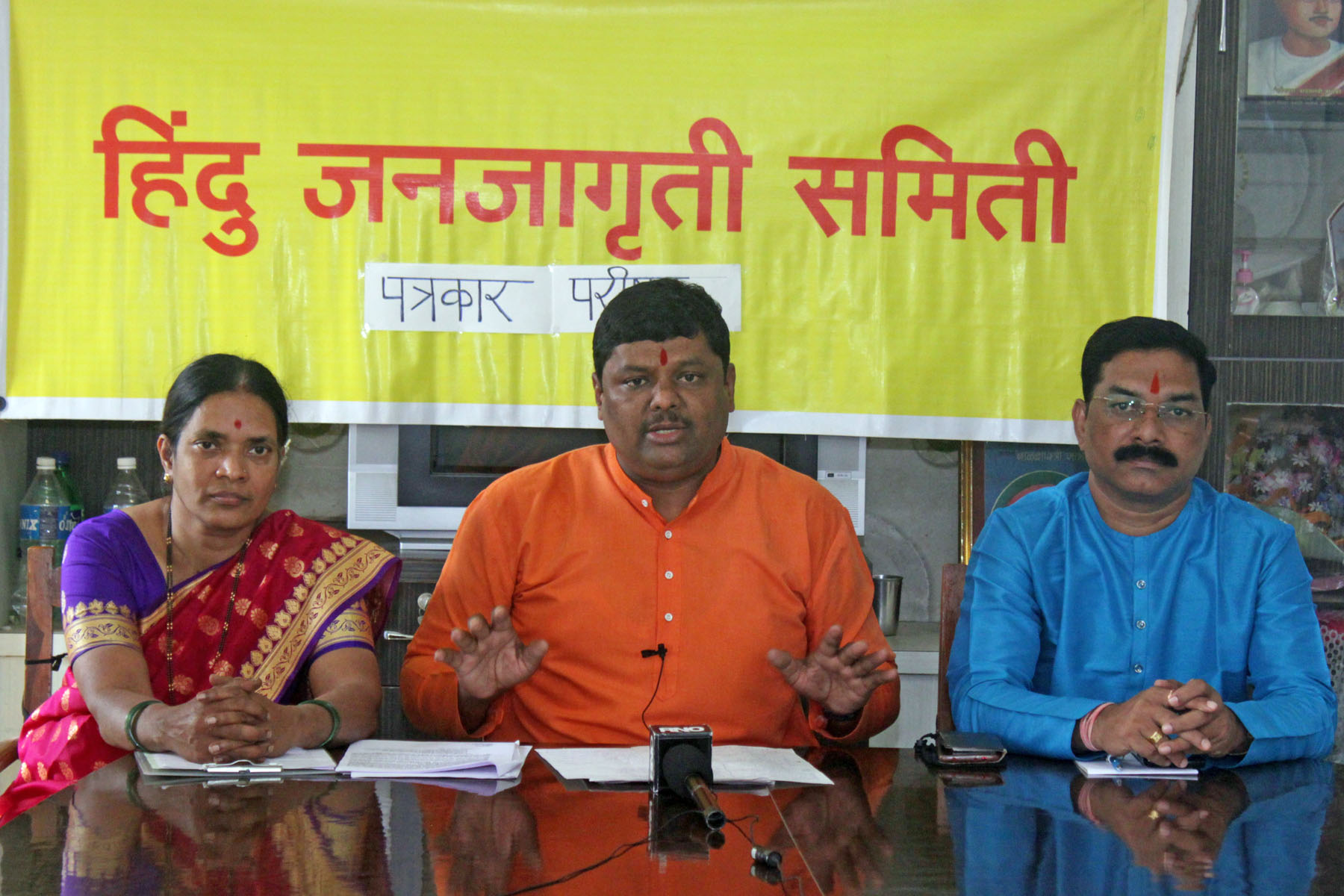 Vijaydurg, is a national monument that bears witness to the prowess of Chhatrapati Shivaji Maharaj. It is a part of the identity of Maharashtra; however, the forts of Chhatrapati Shivaji Maharaj in Maharashtra have been reduced to a pitiable state today. The dilapidated nature of the Vijaydurg forts is enough to make one cry out in shame; but the apathy of the archeological department which is responsible for the conservation of the fort is aggravating. The forts of Maharashtra are a legacy of our forefathers hence Hindu Janajagruti Samiti has started a campaign for the conservation of the forts in the state. The administration should take immediate action for the conservation of Vijaydurg fort, otherwise the Hindu Janajagruti Samiti, as well as fans and followers of Shivaji Maharaj and history aficionados will start a state-wide agitation on 29th December, said the Maharashtra and Chhattisgarh state convenor of Hindu Janajagruti Samiti, Mr. Sunil Ghanwat. He was speaking in a press conference convened to address the dire condition of the famed Vijaydurg fort. Adv. Asmita Sovani of Hindu Vidhidnya Parishad and Shri. Sandesh Gawde, Sindhudurg District Coordinator of Hindu Janajagruti Samit were also present.

Mr. Ghanvat further said that Vijaydurg fort located in Sindhudurg, is one of the forts which bears witness to the prowess of Chhatrapati Shivaji Maharaj and his soldiers. Forts played an important role in the Hindavi Swarajya established by Chhatrapati Shivaji Maharaj. These forts should inspire the present generation. However, they are in acute disrepair due to lack of maintenance. This makes us fear that we will lose our heritage spots forever.

Bad condition of the fort

The primary ramparts of the fort have collapsed in many places. The second one in front of the Mahadwaar (main entry) has also collapsed and had not been repaired even though a year has elapsed. Politicians and people’s representatives have inspected the damage. It is learned that the Archaeological Department has also made assurances; however no repair work has been initiated on the ramparts. There are no gates at the entrance of the fort. The banyan tree which fell a year ago on the ramparts of the sadar building nearby, has still not been touched. The wall has collapsed due to the fallen tree. If one goes around the fort, one realises the dilapidated nature of the forts walls due to overgrown trees and dense undergrowth. The lower part of the ramparts of the river bastion has been hollowed out by the sea water and there is a danger of the tower collapsing. The underground tunnel has collapsed. It is likely that many artifcats from the Maratha heyday are buried in the tunnel, clearing it will open up our understanding of how the fort functioned.

Adv. Asmita Sovani of Hindu Vidhidnya Parishad said that, research by the National Institute of Oceanography (NIO) has revealed that a stone wall has been erected in the sea at a distance of 3 km from the Vijaydurg fort. It needs to be studied, conserved and exhibited. In this area there are docks used by the Maratha navy which were used for repairing warships. These docks also need to be studied and conserved.

1. The Vijaydurg fort should be thoroughly inspected by the concerned government officials, experts related to the forts, local villagers and a report must be submitted without further delay.

2. Government funds should be immediately made available for the repair, conservation and maintenance of Vijaydurg fort and its work should be started immediately by expert conservationists under the guidance of experts.

3. The protective wall facing the Waghotan Bay and the naval docks should be conserved and maintained.

4. Governmental or private research executed so far on Vijaydurg must be publicised

5. The history of wars and places related to Vijaydurg should also be included in the curriculum.

6. The riveting history of Vijaydurg fort should be published with photographs on the website of Sindhudurg district and on the state government website.

7. A museum of the items related to the life and times of Chhatrapati Shivaji Maharaj collected from the fort, should be set up on the fort.

8. The Vijaydurg fort and its environs were studied by the Goa-based National Institute of Oceanography in 1998. In this survey they made some important discoveries which have been published. Their findings must be used as a basis to conduct further research using present day technology.