Panaji : The Hindu Janajagruti Samiti (HJS), in the state, has brought to the attention of the North Goa collector about continued sale of lord Ganesha idols made of Plaster of Paris (POP), despite a ban in place since 2002. HJS has requested the collector to form a task force, so that the ban can be strictly implemented.

In the memorandum submitted to the collector, state convener of HJS, Manoj Solanki said, “We request you to impose a complete ban on the sale of PoP Ganesha idols strictly. PoP idols with outer finishing of clay should also be banned in the state.” 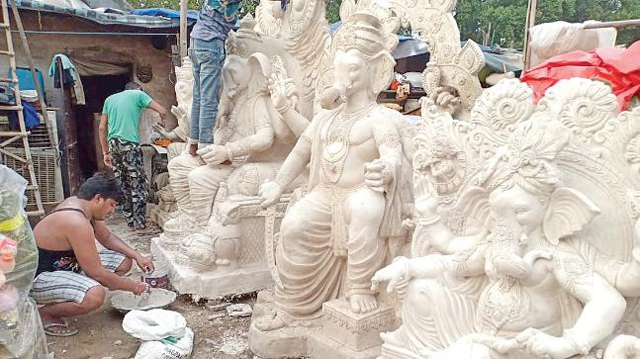 Idols made of plaster of paris can pollute rivers and are considered bad for the environment. National Green Tribunal has banned sale of idols made of POP in many states in India.