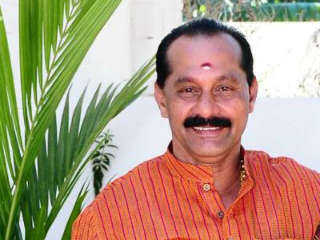 Thiruvananthapuram : A local BJP leader at Kadakkal in Kollam district, who had been undergoing treatment after getting injured in a political clash that happened more than two weeks ago, succumbed to his injuries at Medical College Hospital here on Saturday. A Raveendranath, 58, who retired from the police department as an additional sub-inspector, is the deceased.

Raveendranath was hurt in an alleged armed attack by CPM workers on February 2 at Kanjirathummoodu near Chithara under Kadakkal police station limits. The district leadership of BJP has called for a dawn-to-dusk hartal in Kollam district in protest against the alleged murder of Raveendranath. The hartal will commence at 6am and conclude at 6pm.

Kadakkal police said the clash broke out between BJP and CPM workers as part of a dispute over a road accident that occurred at Kanjirathummoodu. What started as a verbal spat soon snowballed into a fight. As more people joined the fight, some brought out weapons such as swords and used it against the opponents. People on both sides were left injured in the violence. Raveendranath, who suffered a serious injury on his head after being hacked using a sword, was rushed to the Medical College Hospital. There, he underwent an emergency surgery. But he never regained consciousness after that.

Kadakkal sub-inspector K Dileesh said that people from both sides were arrested in connection with the violence. Among those, as many as six CPM workers were charged with the offence of attempted murder on Raveendranath and were remanded in judicial custody. Raveendranath leaves behind his wife Jaya, son Renjith and daughter Reshma.