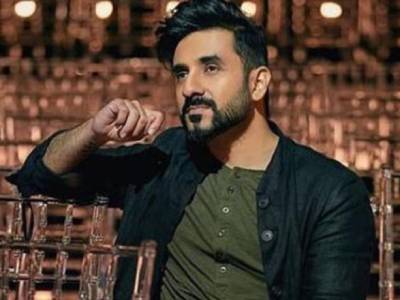 The Hindu Janajagruti Samiti (HJS), the Hindu group because of which a show by stand-up comedian Vir Das was halted in Bengaluru on 10 November, has now lodged a complaint demanding the cancellation of his Hyderabad event scheduled for 20 November.

Chetan Gadi, the spokesperson of the Telangana unit of the Goa-headquartered HJS, told South First that Vir Das had hurt Hindu sentiments and spoken offensive things about deities.

“The cops did not file an FIR but assured us that they would act based on our complaint,” he added.

Mohan Gowda, the spokesperson of the Karnataka unit of the HJS, had earlier told South First that Vir Das should face legal proceedings and went on to demand his arrest.

The Vir Das show, which was scheduled to take place on 17 September, was rescheduled to 20 November at the Shilpakala Vedika in Hyderabad due to an injury he suffered.

After his Bengaluru show was halted, Vir Das posted a video on social media saying that he is an artist and had no interest in making headlines.

Meanwhile, similar protests were seen in August in the run-up to a show by comedian Munawar Faruqui. However, that show did take place, with Faruqui steering clear of controversial topics.

The HJS, in its complaint against Vir Das to the Madhapur police in Hyderabad, claimed that he had made “derogatory statements against women, our prime minister, and India” at the John F Kennedy Center in Washington DC in the US and “denigrated the nation”.

The complaint noted: “He had said that ‘In India, we worship women in the day and rape them at night’ during the performance.”

It added that the police in Mumbai and Delhi had registered cases in this regard.

The complaint was referring to Vir Das’s performance titled I Come From Two Indias.

The HJS said in the complaint that it was “not right to allow such a controversial person” to perform “in a communally sensitive area like hydrabad (sic)”.

Noting that Telangana is already facing many law-and-order problems due to communal incidents, the complaint said “such events … should not be allowed”. “We demand that this program should be canceled immediately,” it added.

Earlier, after the Bengaluru show was halted, Gowda had called it a “success of Hindu unity”.

Success to Hindu Unity
Comedian VirDas' show cancelled in Bengaluru. Hindu Janajagruthi Samiti had submitted a complaint recently requesting his show be cancelled as he had hurt sentiments of Hindus. The show was to be held today at 5.30 PM in Chowdaiah memorial hall, Malleswaram pic.twitter.com/EFZg8K9R9S

Vir Das Hyderabad show: No nod yet from the police

The Cyberabad Metropolitan police are yet to take a call on granting permission for the Hyderabad Vir Das show even though it is just a week away.

“We have received an application from the organisers but have not yet granted permission to them. The application is still pending with us,” N Tirupathi, Madhapur police station SHO, told South First.

Meanwhile, the tickets for the Vir Das show in Hyderabad appear to have been sold out as the bookings at BookMyShow — an online ticket-selling platform — are closed.

What may work in favour of Vir Das is the fact that, unlike Karnataka, Telangana is ruled by the TRS, which has been known to go the extra mile to let such shows take place.

For example, even as BJP activists — spearheaded by Goshamahal MLA T Raja Singh — protested against Faruqui’s Hyderabad show in August, the government sought to keep things from getting out of hand by arresting several members of the saffron party.

Raja Singh himself was arrested days after Faruqui’s show, but it was over the comments he made in a video that hurt religious sentiments.

With Raja Singh now out on bail, there is a chance that the politician could join the protests against Vir Das in Hyderabad.

Meanwhile, the stand-up comedian performed on 11 November in Kolkata, West Bengal, a state that is ruled by the Trinamool Congress.