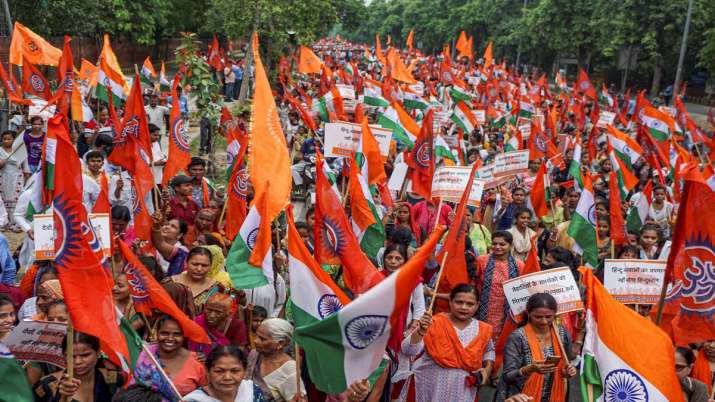 Sankalp March: The Vishva Hindu Parishad on Saturday took out a ‘Samvidhan Sankalp Yatra’ to protest against the recent Hindu killings across the country. While Kanhayia Lal was beheaded in Udaipur for sharing posts in support of Nupur Sharma, Chemist Umesh Kolhe too was brutally murdered in Maharashtra’s Amravati for the same.

Waving the Tricolour and chanting ‘Jai Shri Ram’, scores of sadhus too participated in the march against “attacks on the community”.

"Jihadis, Jihadi's fathers and their supporters should understand that India is united against Jihad. India will work according to the Constitution, not Sharia" @KapilMishra_IND talks to OpIndia during #HinduSankalpMarch pic.twitter.com/ukF3bwobM6

Former North Delhi mayor Avtar Singh said, “Multiple Hindu groups are on the streets today for this ‘Sankalp March’. We are here to raise our voice against the attacks on Hindus. They cannot be targeted or attacked in that manner. We won’t spare those who target us.”