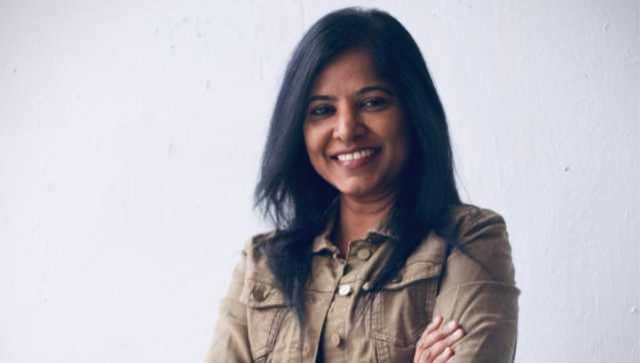 A filmmaker named Leena Manimekalai from Toronto, Ontario (Canada) is in the news for making a documentary that shows a Hindu Goddess, Maa Kali, smoking a cigarette. For obvious reasons, there has been outrage against the image and video, for depicting the Goddess in an insulting manner.

The filmmaker in question, as evident from her Twitter feed, has immediately been highlighted by Left propaganda mouthpieces, with the obvious aim of turning her into some kind of an “oppressed” martyr facing the “fascist Hindutva” brigade. In her recent “interview”, she felt the strong urge to tell the world that “India is sinking into a dark hole of hate and bigotry”. Never mind the fact that she has openly denigrated a Hindu Goddess, never mind the fact that just a few days back a Hindu in India was beheaded by Muslims for just supporting Nupur Sharma who had quoted from the Hadith. The furore on social media has made the Indian High Commission ask the Canadian authorities to stop screening this Hinduphobic documentary named Kaali.

Portraying Hindu gods and goddesses and Hindus in general in a negative and demeaning manner has long been a trademark of the Hindi movie industry (mainstream movies) and the art film (alternative movies) world. Starting from the 1970s the movies would inherently show a priest or a Brahmin or a Hindu wealthy man (Thakur community) as frauds, rapists, charlatans, etc; whereas a Muslim man or a maulvi would invariably be shown as the kind saviour of entire mankind. Aamir Khan in his movie PK had no qualms about mocking Bhagwan Shiva, and such insults have been part and parcel of almost all movies (mainstream or art) made in Bollywood.

That the Hindus have recently started questioning these deliberate insults to their religion and demanding that these be stopped has greatly rattled the Left-Islamist camp that had gotten too comfortable with demeaning Hindus and Hinduism. The sense of being a ‘special privileged class’ that can insult Hindus and their gods without any repercussions had gone into their heads so deep that the current questioning appears to them as “India sinking into a hole of hatred and bigotry”. Which, of course, makes one wonder that the constant abuses and insults which were heaped on Hindus and Hindu gods fell under which special act of love and sense of social bonding?

The question here is: Why are leftists so comfortable with insulting Hindus and Hindu gods?

From denying Hindu genocide in Kashmir; to celebrating Wendy Doniger, a supposed Indologist, and her book titled The Hindus: An Alternative History, which if anything, shows how distorted her understanding of Hinduism is; to forcibly terming Hitler’s chosen symbol Hakenkreuz as Hindu Swastika; to Jeffrey Kripal portraying Sri Ramakrishna as a paedophile and Swami Vivekananda as a homosexual; to Paul Courtright, in his book Ganesa, mocking Lord Ganesha’s trunk to the sexual organ, the insults just don’t seem to end. There are innumerable pages and handles on social media that regularly put up sexual and abusive images of Hindu gods and goddesses knowing very well that there would be no serious repercussions.

“Sar tan se judaa” is not a part of the punishment in Hinduism for insulting Hindu gods and goddesses, and Hindus, in general, are a tolerant lot. So any filmmaker or artist or singer or comedian looking at a fast move up the ladder of fame thinks it is safe to mock Hindus and their gods; it makes the Leftists and Islamists very happy, and brings in a lot of money and keeps the food and drinks flowing for the artist. Anything is fair, as long as it brings in fame and money, and this is exactly what filmmaker Leena Manimekalai tried.

To enter the Leftist circle that is made up of mostly rabid Abrahamics and self-loathing Hindus suffering from slavish syndrome (technically better known as Stockholm syndrome), these small-time filmmakers and artists with Hindu-sounding names take the easiest route to grabbing eyeballs-: Insult Hindu gods and goddesses. What is better than to show Maa Kali, a powerful Devi figure of the Sakta sect of worship, smoking a cigarette? The Leftists would lap it up, and the Islamists will be euphoric seeing the insulting image of a female Devi figure worshipped by the kafirs. It’s a win-win situation with everything to gain and nothing to lose; or, perhaps so thought Leena Manimekalai, the filmmaker from Canada.

Post 2014, more so after 2019, Hindus have decided not to sit quietly and take in the insults. They have started protesting, filing police complaints, and making noises against such derogatory posts on various social media platforms. This has of course not gone down well with the left-Islamic camp. How dare the submissive, weak Hindus suddenly raise their voices! Hindus protesting and filing cases against the insults heaped on them makes the Hindu majority India “filled with hatred and sinking into depths of bigotry”. It hardly matters that the Hindus are still tolerant enough to take the long legal route for justice. For the Leftists (slavish Hindus) and Abrahamics (masquerading as liberals) secularism and freedom of speech and expression start and end with demeaning and mocking of Hindus and Hinduism. They wouldn’t dare to insult Islam; for everyone knows there is not freedom of any kind left after ‘sar tan se juda’ happens.

Leena Manimekalai, sitting in far-off Canada, thought of taking the easy way out by showing Devi Kali in an insulting way. Perhaps not aware of the changing scenario in India, or thinking of getting her 15 minutes of fame using the anti-Hindu media, she is slowly finding herself in a hotter mess than she had imagined. With the Indian High Commission asking the Canadian authorities to stop screening her movie, and Hindus in India looking at various legal options that can be taken against her, one can only hope she has learned a lesson. The Hindu Left (mostly with just Hindu sounding names and no actual connection to Hinduism) tries hard to pretend to be atheists, but fail spectacularly in that endeavour. True atheists don’t believe in any religion or gods; be it Christianity, or Islamism, or Jewish, or Buddhism, or Jainism, or Hinduism. He or she would be equally dismissive of all religions and gods. The Left, however, chooses only to demean the Hindu gods, thus making their atheism nothing short of complete hypocrisy, and it is high time to call out this hypocrisy of the Leftists and Abrahamics. It is time to tell Leena Manimekalai and all her future prototypes that it is not okay to insult the Hindu gods and goddesses in order to get instant fame and money. It is time to send them a message that if you want to be brave and make use of your freedom of speech and expression in your artwork or movie, then make sure it is applicable towards one and all, and not limited to only the tolerant one, and if you can’t do that then don’t use the freedom of speech/expression at all. Hindus have been quiet under all kinds of insults, murders, rapes, forced conversions, etc, for a long time. Their patience has now run out, and from various recent instances, it is clear that they will take various legal measures to stop the insults and killings. A religious community that has survived despite the brutal Abrahamic persecutions for many centuries, knows how to fight back and survive, and survive it will.