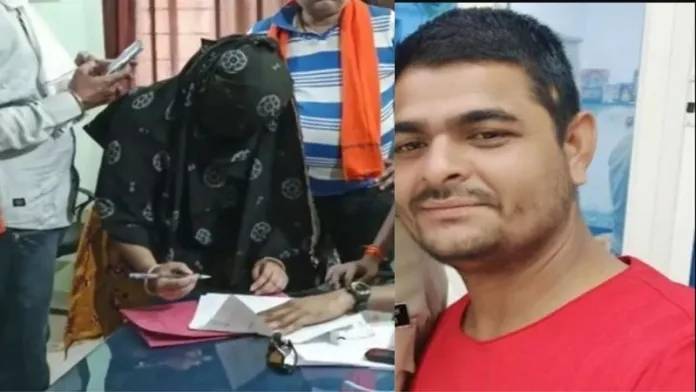 Gwalior (Madhya Pradesh): In an alleged case of Love-Jihad, a woman was raped by a youth, his two brothers and a Maulana in Gwalior district of Madhya Pradesh, police said on Monday.

The district administration has also razed the illegal construction of the accused following the instructions of CM Shivraj Singh Chouhan.

The woman, a resident of Dabra, told police that she met with the accused in a program in January 2021. He introduced himself as Raju Jatav. They became friends and then the accused violated her. When she became pregnant, the accused made her abortion and tied knot with her according to hindu rituals.

After marriage she came to know about the actual religion of her husband and his real name Imran. When she started living with Imran, a maulana came and told that the marriage was not valid and they had to marry according to Muslim customs. She also had to change her religion for that.

When she woman refuses to change religion, her brother-in-law and maulana also raped her, she alleged.

Besides, the woman claimed that she was pushed into the business of prostitution by her mother-in-law. She was kept locked in a room, some youths used to come in her room and they used to rape her. On April 20, the door of the room was opened and she somehow managed to fled from there to her maternal home. She then told the entire story to her family members.

Following which the family members rushed to the women police station and lodged a complaint against the accused.

Gwalior Superintendent of Police (SP Gwalior) Amit Sanghi said that acting on the complaint, a case was registered against the alleged husband Imran, two brother-in-law Aman, Punni, maulana Osama Khan and two unknown persons. The police arrested two accused in the case and three accused were on the run.