Pro-Hindu organisations’ drive appealing people to boycott ‘halal’ meat on the occasion of ‘Hosatodaku’ festival celebrated in Karnataka, has been successful ! 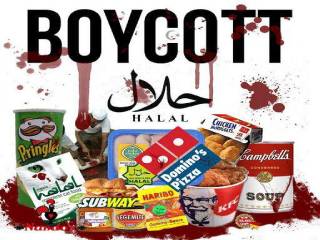 Bengaluru (Karnataka): Meat is offered to Hindu Deities on the day following Ugadi (Gudhi Padava) on the occasion of ‘Hosatodaku’ festival. Earlier, ‘halal’ meat was offered to Hindu Deities. Many pro-Hindu organisations including Hindu Janajagruti Samiti (HJS) had appealed to Hindus to boycott ‘halal’ meat for ‘Hosatodaku’ and buy ‘zatka’ meat instead. It was observed that in many districts, Hindus did boycott ‘halal’ meat and bought ‘zatka’ meat. The animals are slaughtered cruelly in ‘halal’ which is against the law viz. Prevention of cruelty to animals Act, 1960. Killing animals with such cruelty is condemned in Hindu Dharma. Congratulations to Hindus who responded positively to our appeal and boycott ‘halal’ meat ! Let us boycott even other ‘halal’ products, is an appeal made by HJS. HJS has also demanded that the State Government should meticulously implement the rule of stunning animals before killing so as to prevent cruelty to animals.